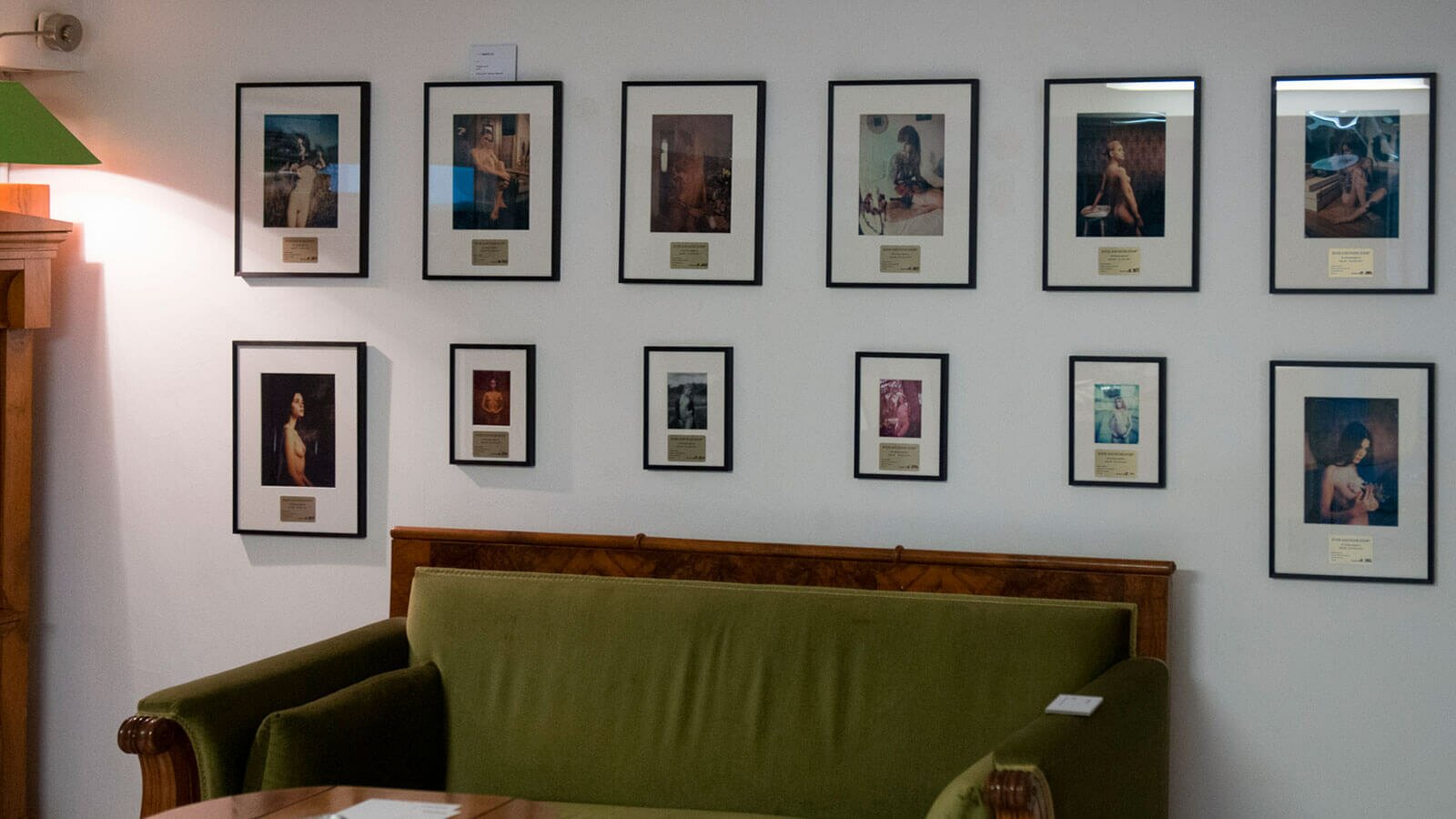 Shooting with ancient cameras on instant film requires a good portion of madness. Who is this guy who goes through this struggle? So right when Stefan Merz – who's artist name is Herr Merzi – returned from an exhibition during Paris Photo fair I met with him and we chatted about him and his view on photography.

When his girlfriend wanted to become an official Suicide Girl (a nude pinup with tattoos), Stefan regained his passion for photography. Originally he had learned analog photography and how to develop films in school, but after digital photography became overly popular, he lost interest. To him photography always meant something deeply. He couldn't feel this in digital images that had been heavily photoshopped and didn't look real any longer.

So Stefan decided to take one step back. He invested into old cameras that were popular in the 1940s and 50s and used by press photographers a lot. Now, he mainly works with a Graflex Speed Graphic 4x5" large format film camera and a Plaubel Peco Profia 8x10". Those are cameras without autofocus. You need to measure the exposure with a light meter and carefully think before taking a picture, because each photo on instant film costs between two and twenty euro depending on the film.

This means you photograph less, Stefan told me, but still you have a higher yield. And what fascinates him most is that every photo is a unique piece. There's nothing you can do in terms of retouching as those instant film images have a white frame around them, you can't even crop them. You are forced to think before taking a shot. Luckily, Polaroid film creates quite flattering skin, too.

I asked him how tedious this working process is and how long it takes him to set everything up, before pressing the shutter release. He admitted that the first two images usually are for the trash can. Afterwards he needs about two minutes per photo and takes around one hundred pictures on a half-day shooting.

While he likes shooting with available light he explained that he can even use studio flash with those old cameras. So in terms of lighting, he is quite flexible. Just the weight of his gear is a pain sometimes. The Plaubel Peco Profia and his tripod weigh 23kg together.

At home, Stefan Merz has three refridgerators fully stocked with instant film. As only a few of the good films are still being produced, it was important to him to buy as many as he could still get. Prices were going through the roof, he reported, when Fuji announced they would stop their large format instant film production a while ago. From a former ten euro per film it went up to fifty euro on ebay within hours time.

You certainly need a good portion of madness to photograph Polaroids like me.

As a few classmates had the same name as him, he was called Merzi by them. A polite person from Switzerland misunderstood this and called him Herr Merzi (Mr. Merzi). This is how Stefan's artist name was born.

There is a growing number of polaroid fans around the globe and Herr Merzi enjoys the relaxed attitude among the polaroid community. He began by selling signed photos on internet auctions and now is more and more keen on showcasing his works in exhibitions.

In 2017 he was able to exhibit his works in eight different places. And while social media encouragement feels nice, he can tell that people going to exhibitions have a higher love for photography and truly value his artistic work. Presenting images on a wall also slows down the mind. This is the same deceleration process he performs when actually taking the photographs.

To be able to present his works on social media, Stefan needs to scan his prints. As his subject of photography are female nudes only, I asked Stefan about his opinion on censorship among social media. He is not happy with it as he does not like modification to his photographs at all, usually even refuses to alter them digitally at all. By pixelating the nipples only a bit, he found a compromise he can live with, to meet the restrictions of instagram, though.

I have not photographed the woman with pixels.

Whenever I speak to other photographers it interests me who inspired them. Luckily, Stefan shared his secret: Ruslan Lobanov is one of his role models, because the Ukrainian photographer is able to tell whole stories within just one photograph. Besides that the works of Ed Ross and James Wigger are a huge inspiration as well. Herr Merzi really likes that they both remained grounded without any affectations of a celebrity.

Photography is his baby, Stefan Merz admitted and he is happy to leave behind his footprint with his photographs. I am already looking forward to visiting his next exhibition in person and wish him the best of luck. Thanks for meeting up, I really enjoyed our conversation, Stefan!

Born 1976 in Frankfurt, Stefan lives and works in Frankfurt, Germany. Through his exhibitions he is making Polaroid photography popular again.