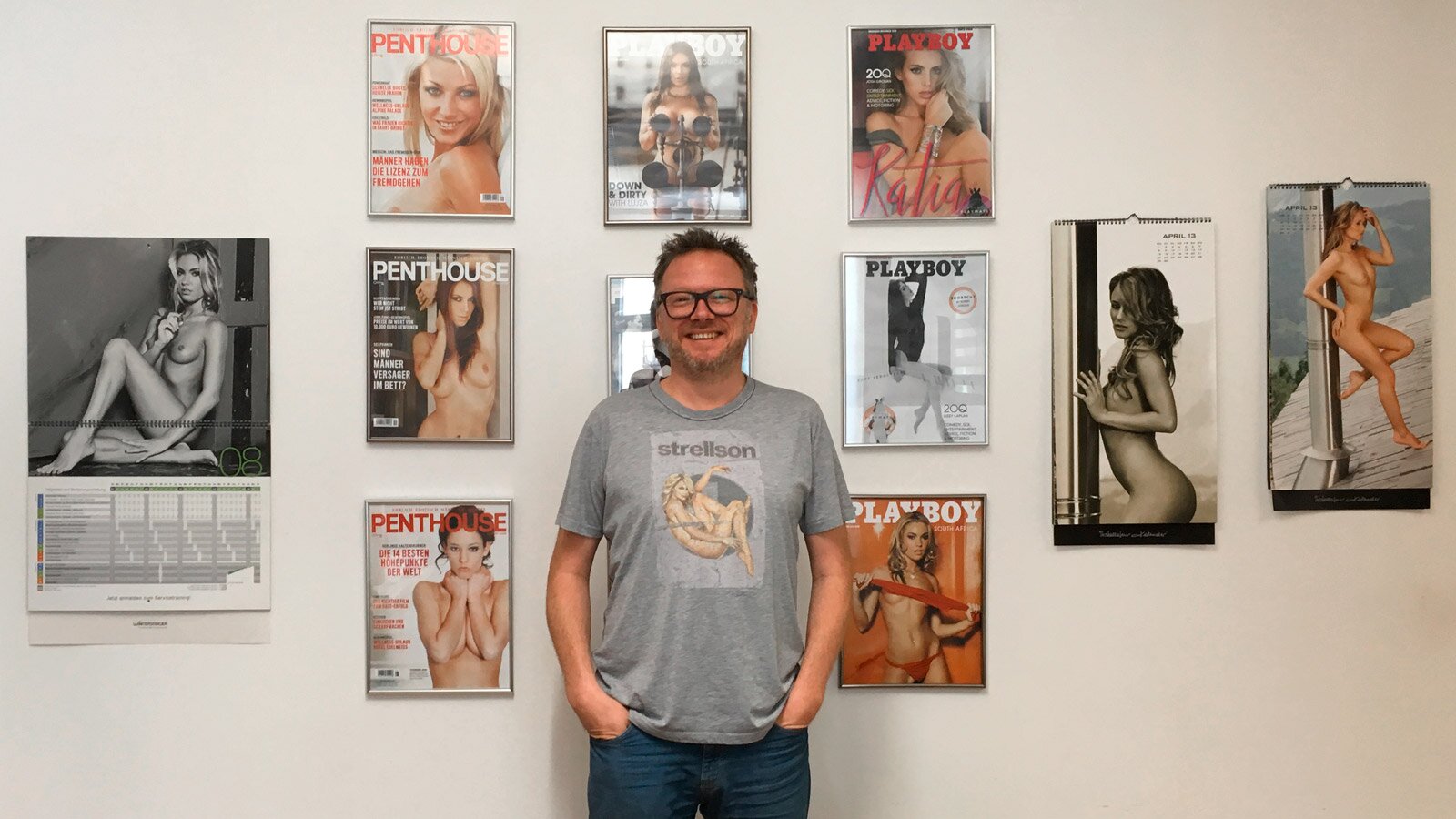 For many years I have been following Martin's work as a nude photographer. His black and white calendar is known far beyond the borders of Austria. As I was heading to a production to Vienna myself, I decided to make a stop-over in Neunkirchen, the hometown of Martin Wieland. We chatted about models, shooting experiences and his new large-sized photo book.

Vienna is the capital of Austria. I was a small bit afraid of driving there as I had never been there by car before. It turned out to be the easiest place for driving. Maybe traffic in Frankfurt is simply rougher. I really enjoyed being behind the wheel and finding the highway to Neunkirchen was rather trivial. I passed green meadows and on the straight roads I had a view to a idyllic mountain panorama.

When I arrived in Martin's hometown, the sun was up over the market square and it was a beautiful summer morning. I landed right downtown, in the old town of Neunkirchen with curvy small roads and realized that the address I was heading to, was located right next to the townhall. The little town welcomed me warmly: Friendly pedestrians with a smile on their face, the peaceful singing of birds and parking for only 60 cents per hour. I walked over to the photographic shop that Martin runs in the second generation.

In 1994 Martin Wieland made his craftman's examination as a photographer and three years later he began to photograph nudes for the first time. Back then, he experimented shooting girl-friends. The visual language of Herb Ritts was an inspiration to Martin and as a friend asked him if he could make a calendar of his works, the idea to the Black & White calendar was born. For 15 years now, it has become a collector's item and is widely known among Austrians and abroad.

Over the past years, he also created calendars of naked, muscular men. Mainly because you typically hear feedback from women on social media, complaining it is always about nude women only. But unfortunately his male calendars didn't sell as good as the female version, so he decided to discontinue it.

As luck would happen, with Noemi and Dorka, Martin found two muses. His eyes began to shine when he told me about them. He grabbed into his pocket to reach for his mobile and showed me photos of Noemi he had taken on the beach. A large set of around 20 excellent photographs. With her, it had taken only 20 minutes to photograph these, he stated with enthusiasm. The chemistry was there, right from the beginning with Dorka, too. He even considers her as a friend now, as they have met so often over the years.

Recently he published his first book. It has the humble title The Book, but you will understand the name once you hold it in your hand. It weighs 3.5 kilograms due to 336 pages on pleasingly thick paper and a size of 29x36 cm. The largest size a book can have in a regular book bindery. The process of selecting and producing this piece took around eighteen months and was an extremely exciting period.

The book is split into 13 chapters from nature to cars, industry to trash. Always showing beautiful females barely dressed. Overall there are 44 models, aged between 20 and 28. Around eighty percent of the 270 photos are printed in black and white.

When I browsed the book for the first time, wait, actually I have to correct myself. You cannot browse a book this size. When I sat down for the first time, turning page by page, I happened to see many familiar faces. It made me happy to see that the girls look differently seen through the lens of another photographer. There are stunning photographs in the book. Some make your chin drop, others put a smile on your face.

I take it easy when I shoot. This atmosphere is reflected in my images.

With the best of five years of photography in his coffee table book, I strongly felt that Martin took images that cannot be repeated. I know, this sounds obvious as photography always is the freezing of a moment. But this was just my inner feeling. For example, there's one dark haired woman from Czech Republic, I always wanted to work with, but we never made it. Martin has captured her younger and almost adolescent looks. And now printed those images in his book. This is something unique.

Around noon we left his office and went to an Italian restaurant. It was interesting to see, Martin is a local hero in Neunkirchen. I swear to you, I am not joking. More or less twenty people walked up to our table to say hello to him. It was a pleasure for me to get to know Martin personally. A thoughtful man, sometimes using biting Viennese dodges and always very honest and friendly. If you'd like to get to know him, too, check out his online shop, where he offers his book and calendars.

Born in 1970, studied at the Graphic Arts in Vienna. At the age of 14 he decided to follow in his fathers footsteps to become a professional photographer as well.