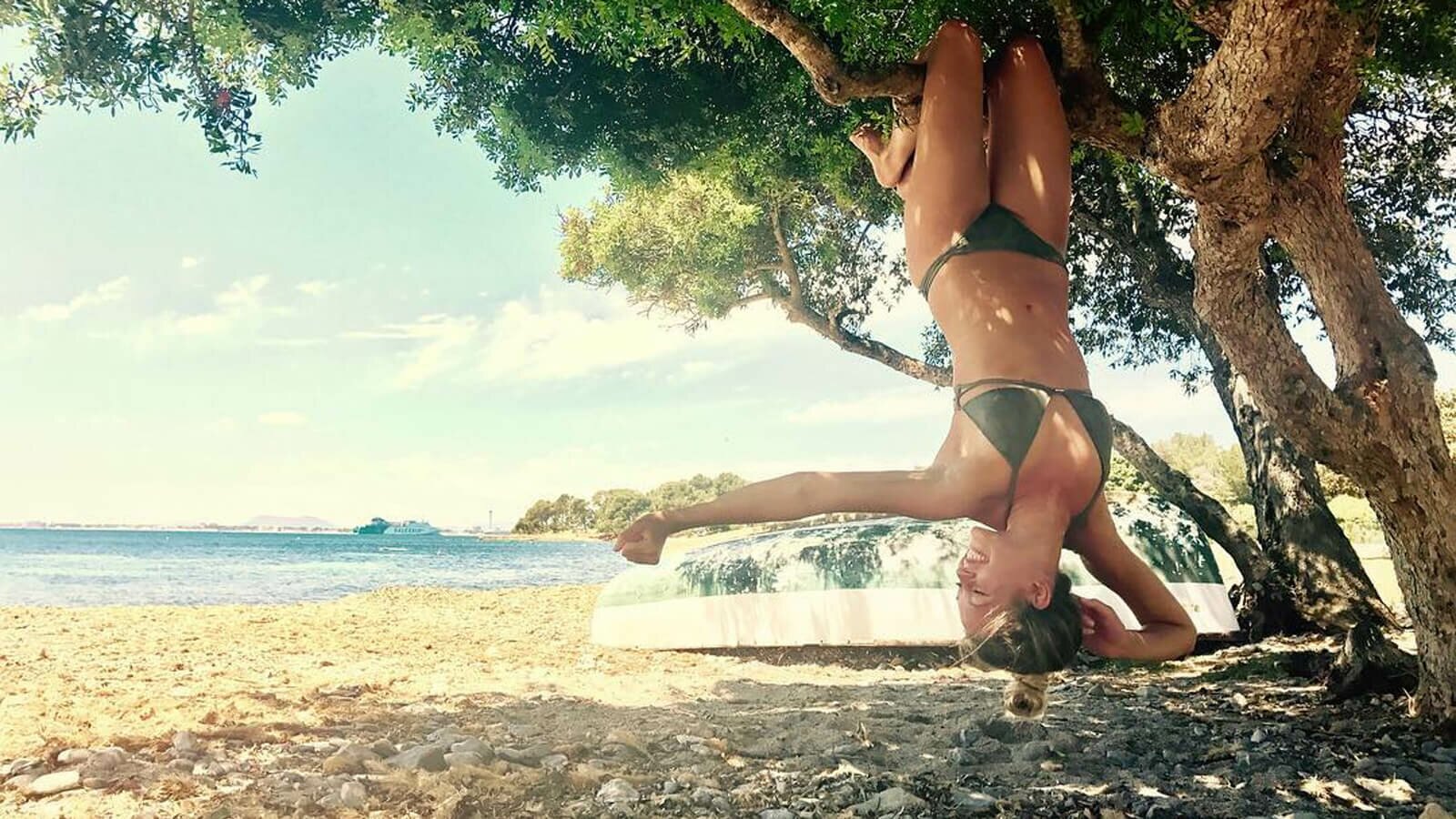 Meeting people who are enthousiastic about photography is always awesome. Woj spoke with me about different aspects of photography in a very personal conversation. He described to me how he feels liberated and enjoys his creativity after splitting up with his model girl-friend. And why he would call himself a romantic pervert.

At the age of five, Wojtek's family emigrated from Poland. They settled in North Rhine-Westphalia where he went to school. As many of us, he was unsure where life was heading, when his brother suggested him to take a training place in a publishing house in Nuremberg, Bavaria. Woj became a graphic designer and created layouts for a video game magazine. This was the time when he first got in touch with photo manipulation and was fascinated by what you can do with Photoshop.

Learning photography with an analog camera felt too slow for him. Having to wait several days or weeks from taking the picture to seeing the result, bugged him. So he invested his money into the purchase of a dslr in 2007 and started photographing girl-friends.

The first time, I came across Wojtek's works was when he produced a photo series called 'The inappropriate adventures of Nika'. About ten years ago, I had photographed a photo story with an old polaroid camera, but never was really happy with it. Seeing a story with a similar concept but much better executed, made me feel happy. I complimented Woj on his works and he told me that he had planned it as a triology. Nika, a female photographer who is touchy during her shootings with girls. Behaving inappropriate. And at the end she falls in love with the girl she photographs.

Working in series and with a concept is something that means a lot to Wojtek. It has to do with getting inspired by story-telling of movies and by him admiring directors of photography on movie productions. They are in control of so many different aspects, which fascinates him.

Recently Woj got called a romantic pervert. This nails it on the head.

As a thirteen year old boy, his family went camping with him during the summer holidays. Several caravans where placed close together and from a slit in the corner of his bedroom, Woj was able to peek into the bathroom of the neighbour's camper van. Three young women, around 18 to 20 years of age, were staying there. And Woj could glimpse into their bathroom. He enjoyed watching them getting undressed and dressed up before going out in the evenings. This holiday set the foundation stone for Woj's admiration of females.

He feels closely related to the boy in the movie Malèna who experiences similar things and falls in love with female body shapes, just like him.

In photography it's much more about soft skills than hard skills, Woj claims. From people like Stefan Beutler he learned, how important the conversation with a model is. How essential it is, to make her feel good on set, in order to take great photographs. It happens through compliments being made during the shooting, but Wojtek insists that he is a very honest person and never plays a role. He photographs everything that turns him on. It's about his personal taste. Voyeuristic ideas are integrated in his style.

Story-telling is key in photography and inspiration also comes from other romantic people, like Ukrainian photographer David Dubnitskiy. Wojtek stands for pictures of half dressed and half undressed women. This feels more interesting than nudes to him. It's more exciting to show something you don't see. One look at his photographs and the wide-screen imagination starts running at full speed.

Most of the time, Woj enjoys to photograph indoors. With backlight and underexposed skin which generally makes a model look more beautiful, Woj mentions. He recommends to rather wear clothes in a sexy way than dress up with so-called sexy clothes.

Together with his ex-girlfriend Woj formed the perfect couple. A model-photographer dream couple. Photography was embedded in their life. They took each other to shootings and got to know a lot of other models and photographers. After having split up, he sees himself reforming his life now.

Being unattached now, liberates himself as a photographer, too. He even shot a girl topless recently, just out of a moment. Because there wasn't anything to justify.

Smartphone photography is the next big thing for Woj. He is totally attracted by it. Because there's no gear visibly in the way between the model and him anymore and he can play off his soft-skills fully. He runs into the sea with the phone, for example. There's no visible shutter lag he told me. And the quality of the images is amazing. He uses the lightroom app to take photos and even shoots raw on the iPhone 7. He set the filter to 'warm shadows' and the resulting photographs are perfect, out of cam.

When I asked him about why he shoots with a phone, because I didn't really see the advantage, Woj explained that looking at the display from within an arm length distance while taking the picture, helps him composing his shot. It is about the same distance the viewer later has when viewing his photographs.

Wojtek (36) is a photographer and retoucher from Nuremberg, Germany. In love with his iPhone, too.

One day, Wojtek dreams about turning his iPhone shots into a printed book. Because the appreciation for printed images is generally higher.

In contradiction to that, instagram plays the most important role in presenting his images, today. Wojtek loves the direct feedback he gets and feels grateful for this. Connecting with other models and photographers feels wonderful and through his insta stories and live streams he learns how to present himself in the most honest way.

Woj wants to pursue the plan to offer coachings to teach soft skills of photography.

Time went by in a flash when speaking with Woj. It was lovely to hear his thoughts on photography and I will make sure to follow his future steps and wish him best of luck with all that will come!