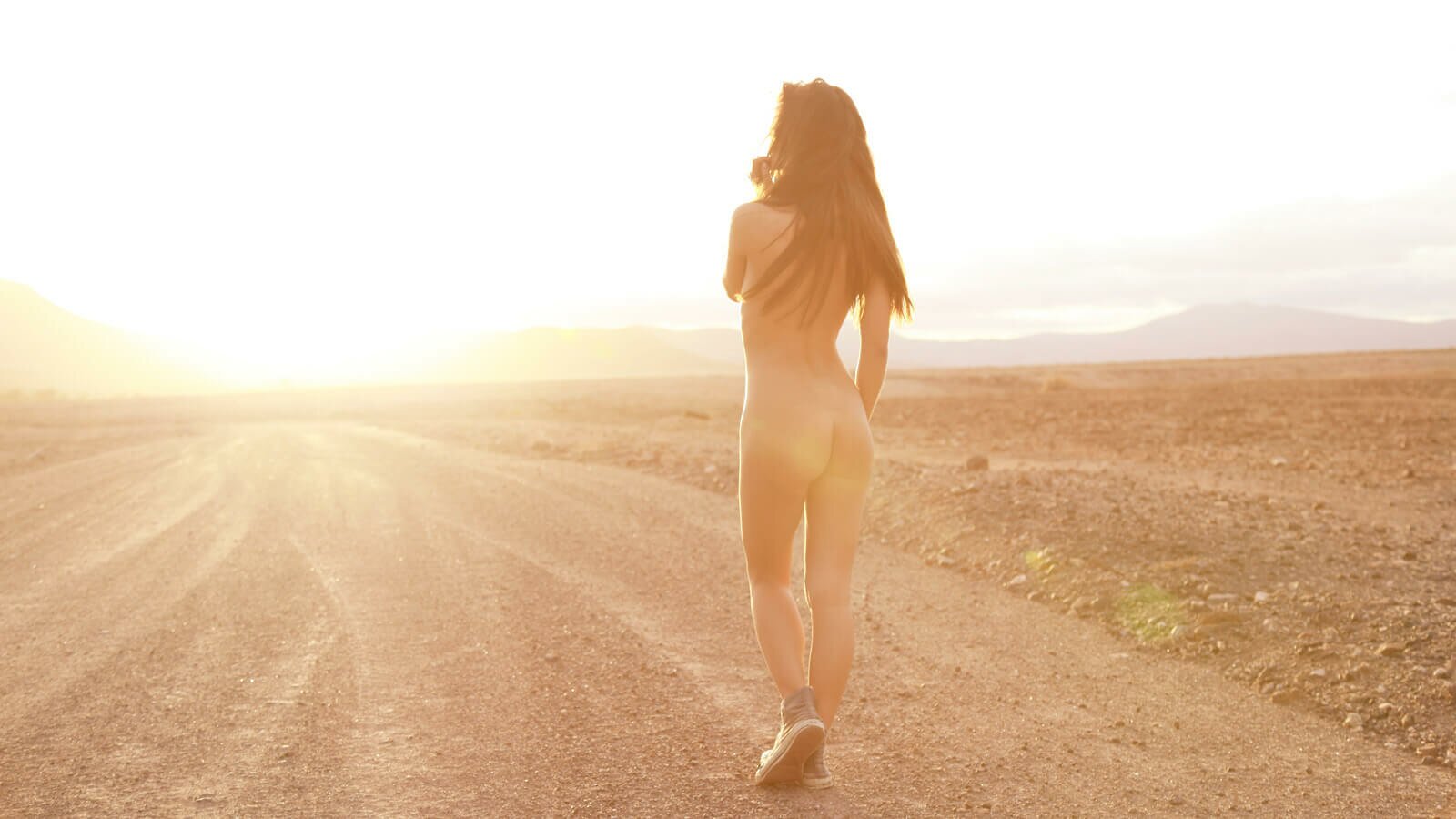 In 2009 I discovered Rene de Haan on the internet and asked him what he thinks about my latest photo series. He critisized a lot, but his honesty brought me further. We soon became friends and exchange mails several times a week, still. Rene is a laid-back and modest person. But with far more than 100 shootings for Playboy, he has a lot to tell.

After many years of practicing photography and learning from his mistakes, Rene started to work as a freelancer in 1988. He started off as a still-photographer on Dutch movie sets. A few years later, a girl suggested him to Playboy Netherlands.

The beauty, purity and the absence of retouching in the works of Jock Sturges influenced Rene's vision in the beginning. Other photographers he admires are Gavin O'Neill, Bruno Bisang, Andreas Bitesnich, Ryan McGinley, but also fashion photographers like Peter Lindbergh and Paolo Roversi.

Spontaneity of poses, use of reflections and operating with reduced color palettes are some of the things de Haan notices and admires when viewing those photographer's images. He visits photo exhibitions and film festivals regularly as visual food for thoughts.

Rene often says he makes nudes and portraits, nude-portraits. Because it's very important to him that there's something typical of the model herself in the pictures. He never works with a pre-fixed image that he just has to fill with any good looking female body. His pictures are always a cooperation between the model and his vision of her.

Naturalness is the best way to describe his style. It goes for makeup and styling as well as the photo composition. He rather keeps things simple and comes close to the essence, lose as much ballast as possible.

Rene lost count but estimates around 150 shootings for the Dutch edition of Playboy. Some have been published all around the world. One even in 22 international Playboy editions.

Playboy Netherlands doesn't have budgets like the US issue, of course. Therefore scouting models and locations is done by the photographer directly. Years ago, when print magazines were having higher circulations, Playboy productions were with a big team and several models. Times have changed. Today productions are a lot smaller which is not a difficulty as Rene knows his way around locations like Fuerteventura very well.

Mostly he enjoys working with available light. The best thing about shooting with daylight is that you have no control. Some people will say that's a big disadvantage, to have no control over the light. But Rene thinks it's good to improvise, to manage with what is there, to let the model and surroundings inspire you instead of having to deal with failing remotes or refusing fuses.

And daylight can surprise and astonish you. Nothing can beat it. If necessary the Dutch photographer uses a reflector to fill in some shadows, but preferably not. If it's really too dark to shoot with daylight he will use a studio-flash, mostly with a softbox.

Rene retouches as little as possible. If he spends more than fifteen minutes on a picture he feels something is wrong. If high-quality retouching is needed, for example for Playboy, he hires a full-time retoucher.
As for color grading, Rene prefers to stick close to the original, natural colors.

The Dutch are said to be very open about nudity. But there are no topless girls on the beaches anymore, boys wear underpants when taking a shower at their soccer club after the match, and models don't want to pose nude because their pictures might be on the internet forever and it might damage their present or future career.

Therefore Rene is not focussing on nudes anymore for his personal work which he quite enjoys. Because it's easier to find fashion models and just walk out the door and shoot, anywhere you want, on the streets, all year round.

While shooting nudes is quite limiting, in possibilities, so as funny as it might sound, it's liberating to not shoot nudes for a change, Rene states. No discussing about which bodyparts should not be shown, no location-owners who don't want to be associated with nudity, no need to go to deserted outdoor places to shoot undisturbed.

Over time he built up a large collection of stock images where he continously works on. His style is very recognizable there, as well.

I would say I go for personality and natural beauty. I totally love freckles, by the way.

Rene chooses models because of their natural looks. For this he needs to see more than a quick selfie or major photoshopped images, to get a better idea of the person. Not always easy. Because he mostly finds models via the internet or through models he has shot in the past. Especially when planning a nude shoot he doesn't feel like asking women on the street.

The advantage of working with unexperienced models is, that they're still fresh in their ideas and looks. They don't have pre-fixed expressions and poses that they've been instructed to strike by other photographers.

Rene had been in contact with various book publishers in different countries for several years, but since he is not world-famous and there aren't hot babes in sexy poses or ladies in expensive lingerie with lots of make-up in luxurious locations, those publishers did not think his work was commercially interesting enough. So he decided to publish a photo book by himself. Also because he thinks the models are worth to be seen in a beautiful book instead of only on a computer screen.

All in all it went pretty fast. First negotiations with a businessman who financed a big part of the printing costs began in September, at the end of November he already had the printed book in his hands. Inbetween was the coordination process with Patrick van Dam, the former art director of Dutch edition Playboy, about the design, then making the selection. Rene did not want a title with “nude” in it. Everyone who saw his cover image said “wow, mooi...” – the Dutch word for beautiful. So the title was found. It also describes the whole content best.

Plan was to have around 100-125 pictures in the book. He started out with 300 pictures, which were pretty quickly reduced to 150. Of course, he had some darlings to kill, but in the end, only the best images should be in a book. The design itself was ready in a couple of days, the finetuning took much longer. Patrick was on top of it all the time, being a total perfectionist, changing pictures, changing positions of the pictures. Shortly after, the book was out. It became a big success and now the limited edition of Mooi is almost sold out.

Rene de Haan (born 1960) lives in the center of Amsterdam where he has a small photo studio, too. He shoots portraits and nudes. His works have been showcased in Playboy and many other magazines over the years.