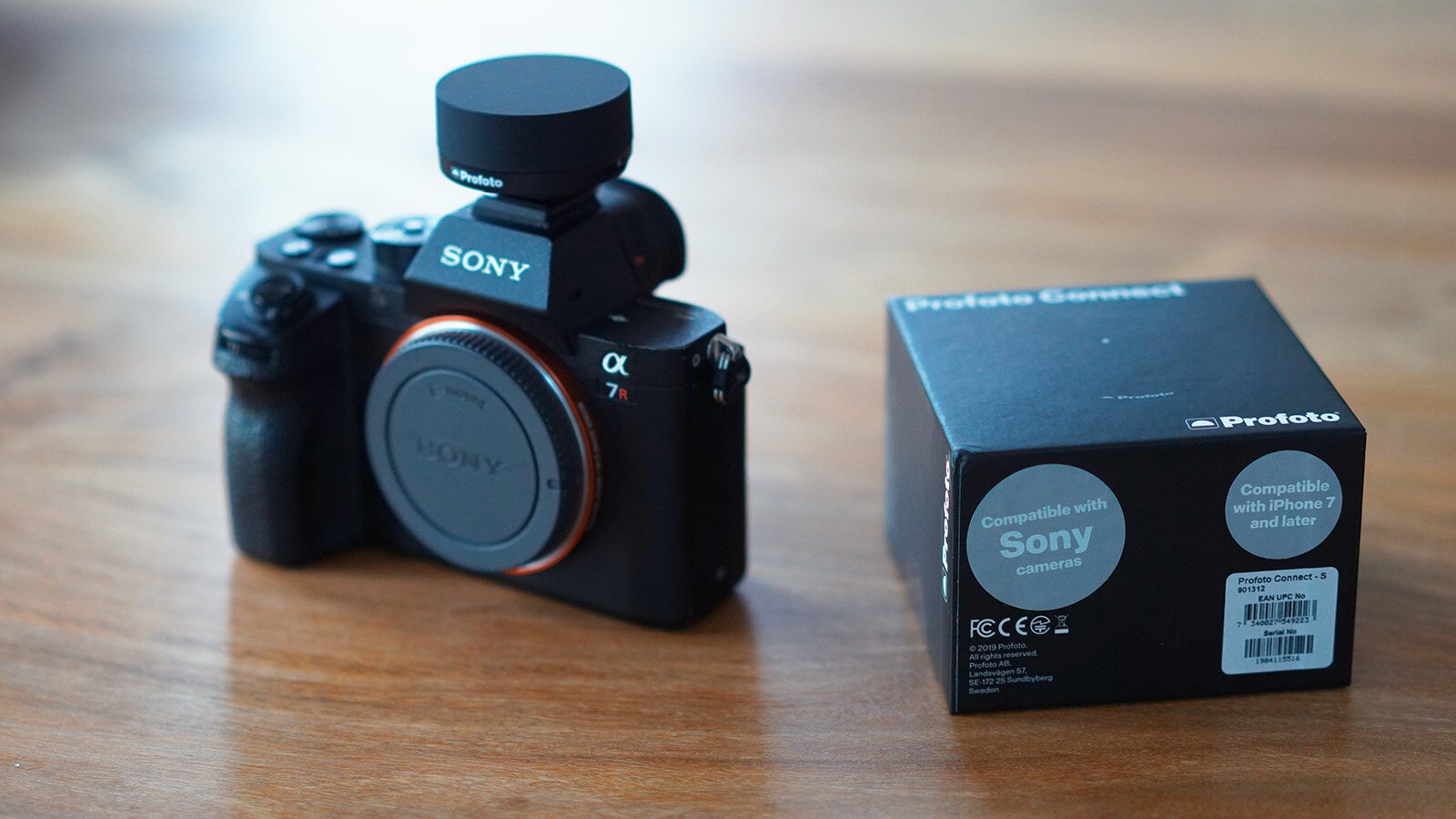 Yesterday my Profoto Connect for Sony arrived. It's a wireless flash trigger which is compatible with my new Profoto B10 flash using their so-called Air technology. Unfortunately I hadn't read the small print.

The flash trigger was announced in March 2019 and is the latest addition to Air remotes by Profoto. It's small, light-weight and has no buttons.

It only has three functionalities: Off, auto and manual. As I never have complicated setups with multiple flash groups or stuff like that, the small Profoto Connect seemed perfect to me.

Profoto claims: "In auto, you just point and shoot for a good exposure, because the flash power is calculated automatically." So much for the theory. Unfortunately none of the new Sony cameras that were introduced since July are supported. Neither the a7RIV nor the a9II. I did not know this. And there's sticker on the box "Compatible with Sony cameras" which somehow implies that current Sony camera models are supported, too.

I asked Profoto if they plan a firmware update to implement the auto functionality for the a7RIV as well. They replied to me that they will not comment on future updates and that I should mointor their website to see if there are updates. When I told them that this is not a very helpful answer, they said they also rely on the manufacturer (Sony in this case) to cooperate with them and that they told the firmware development team about my desire.

So let's hope there will be a firmware update in the near future that solves the problem. I would highly appreciate that.

Besides the missing auto functionality, the Profoto Connect works well for me. It triggers the flash like it should and so far I had no misfire when testing. With the Profoto Air Remote I frequently experienced that it won't trigger the flash once I was standing too close to the B10.

The device sits a bit strangely in Sony's hot shoe like you can see in the photo that I took, but it's still stable.

The Connect has a built-in lithium polymer battery which can be charged via USB. Officially the battery lasts for 30 hours. I have not tested this yet, but luckily there's a small light at the top of the device which turns red when it needs to get re-charged.

You can pair the Profoto Connect with the Profoto App to adjust settings with your phone. Right now, only if you have an iPhone 7 or later. There's no Android app available.

As of now (November 2019) the Profoto Connect for Sony does not support the automatic flash power using a Sony a7RIV or a9II. This is a bummer — especially for a 289 € "carefully designed flash trigger".

Besides that it's a beautiful small device that triggers all Profoto AirTTL lights.