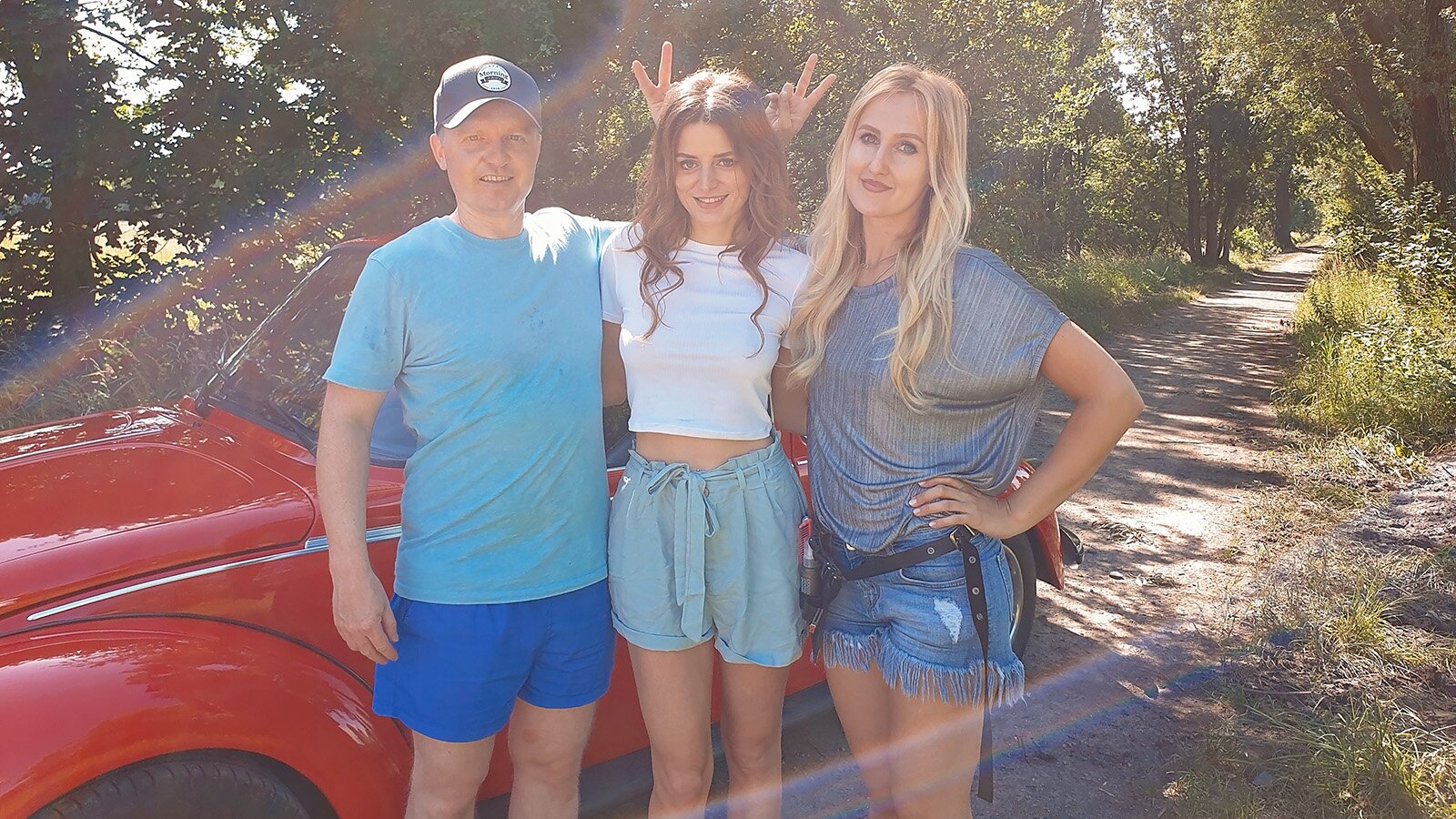 In times like these, it pays off, when you are producing content ahead of time. Last summer, I was commissioned by Playboy to produce a pictorial in the countryside. I drove to Wandlitz and photographed Playmate Jeany in nature.

It was my first time in the region called Uckermark and Wandlitz. And it is damn beautiful there, when you head 100 km west of Berlin. There are many wonderful lakes and almost no people. I had never been a big fan of German nature, but this time, I kind of fell in love with it.

The weather was on our side as well. We had over 30°C (with thunderstorms in the evening). I had cold drinks in my car and the air condition on – what more can you ask for?

The only problem is that the sun rises very early end of June. So, we had to meet at 6am to arrive at the lake with the sunrise over the trees. As hair and makeup had to be ready, this meant a short night for Monika (the makeup artist) and Jeany (the playmate).

When we arrived at the lake, we were immediately attacked by moskitos. A shoot like this is a bit less romantic than it sounded at first.

After the scenes with the boat, we drove to another lake and later on to a private garden where we had to climb over a gate, because somebody forgot to leave the keys for us. I re-decorated the garden (and hope the owners didn't mind), so it matched my story.

We ate in a funny restaurant with an surprisingly old-fashioned menu in the evening. It was late already and we were exhausted, so we just stopped at the next best restaurant we could find. The restaurant was decorated in a fairytale style. This was a bit suspicious from start. But we were so tired and stayed. I ordered the dwarf meal. No kidding. I happened to get potatoe croquettes and medaillons of pork with peaches under melted cheese. Not the best choice, but still better than what the girls had.

Back in the hotel, I checked the photos from the first day and wrote a list of what was missing for day #2.

We took photos with a beautiful red 1974 VW Beetle Cabrio and headed to the country again. The owner of the car stood 50m away from me and held his hand at the forehead as is he was staring at something far away. He was facing the opposite direction, so every time, people passed by they looked in the direction he was looking and missed our nude in public shoot.

And at the end, I filmed the interview as usual. We placed ourselves in a field of grass and flowers and started. After a few minutes, the farmer came with his tractor to mow the meadow. This kind of interruption sucks. Luckily, the makeup artist Monika was brave enough to step up to him and ask him to take a twenty minutes break, so we can finish off the interview. As she is a pretty woman, too, the farmer listened to her and stopped the engine of his tractor. Female power!

At the end of the day, I had taken 742 pictures, so there was enough to make a good choice from. 14 final images were chosen for the magazine, 36 more (including some of my personal favorites) made it into the online gallery. You can find the additional images in the online section called Playboy Premium.

Please don't forget to get a copy of this edition of Playboy. It's on newsstands everywhere (even in every supermarket) from now. You can alos order the print magazine online (no shipping costs) or as a digital edition.