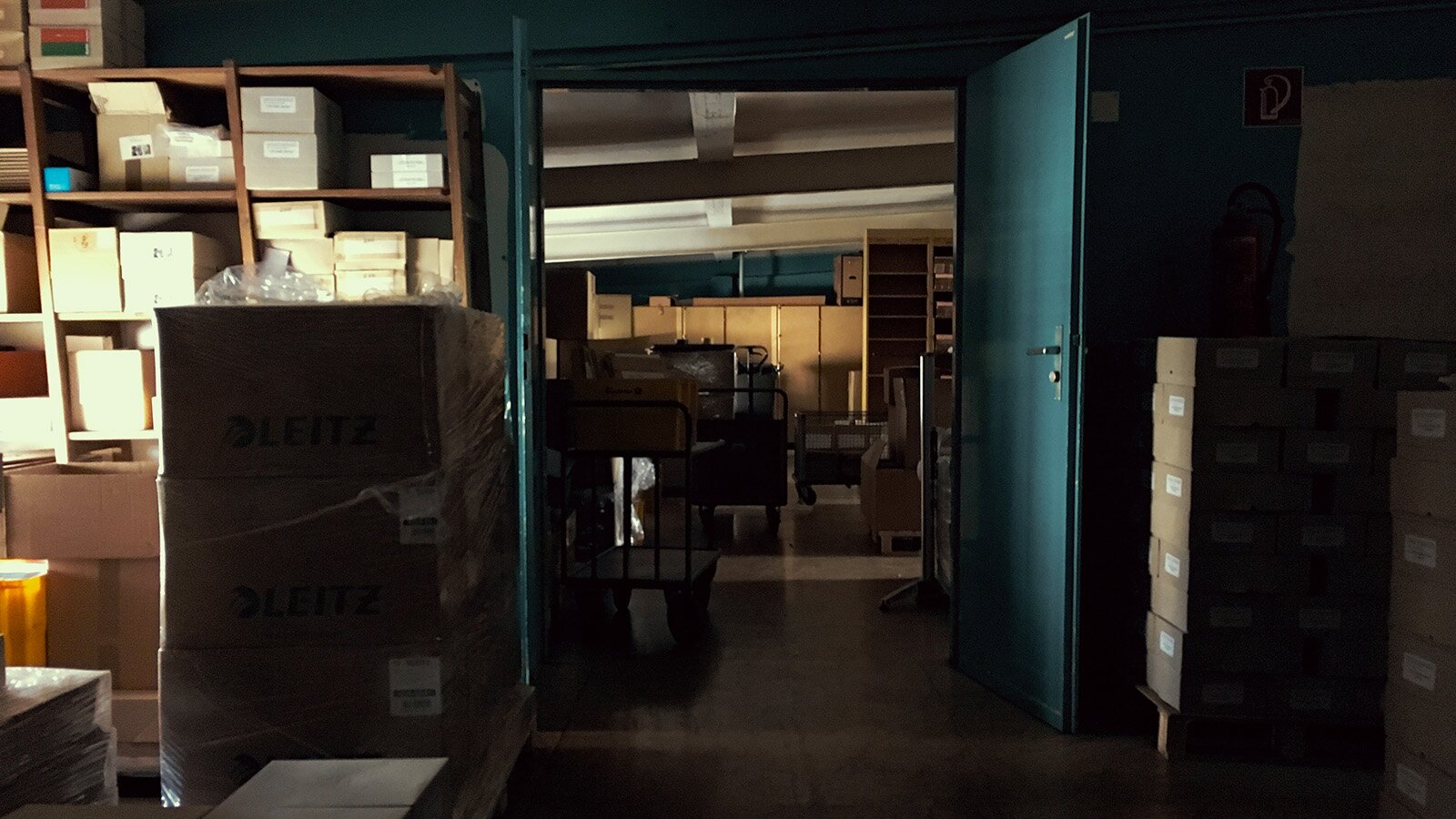 A good 150 years ago, the printing house C. Adelmann was founded. It was situated right in the center of Frankfurt. Downtown. Something that is not possible anymore in the year 2020. So, for the last time I was there today.

I have a special connection to this printing house. They have a great expertise and we clicked right from the start when I first met with the staff in 2013 to speak about my first photo book.

In 2014 Frisky was printed there. And four years later, when my next book was ready, I also had Sublime produced downtown in Frankfurt at the historical printing house C. Adelmann.

As I was lacking space to store the six palettes of books that were produced, I was allowed to use their storage. And I also spent many days in their canteen where I was signing and wrapping books.

Hundreds and hundreds of books. If you ordered in 2018, there's a good chance, yours was packaged inside this room by me.

Now, I picked up the remaining books. Altogether 150 pieces, 300kg and driving two rounds with my small Peugeot. The left over books are stocked in my home now.

The printing house was a place where time seems to have stood still. Check out the original chairs from the 1970s and the old furniture. It's not particularly beautiful, but it has a certain soul.

So, I really enjoyed working there and I even shot Ariel in this place.

Now, after so many years, the printing house has to move. They are not closing down, but moving outwards to the country side. I believe it was the last crafts business that was located in the center of Frankfurt. Some of the employees worked there for over 40 years and saying good-bye was hard for them. It even was difficult for me. I really liked the aura of this place.