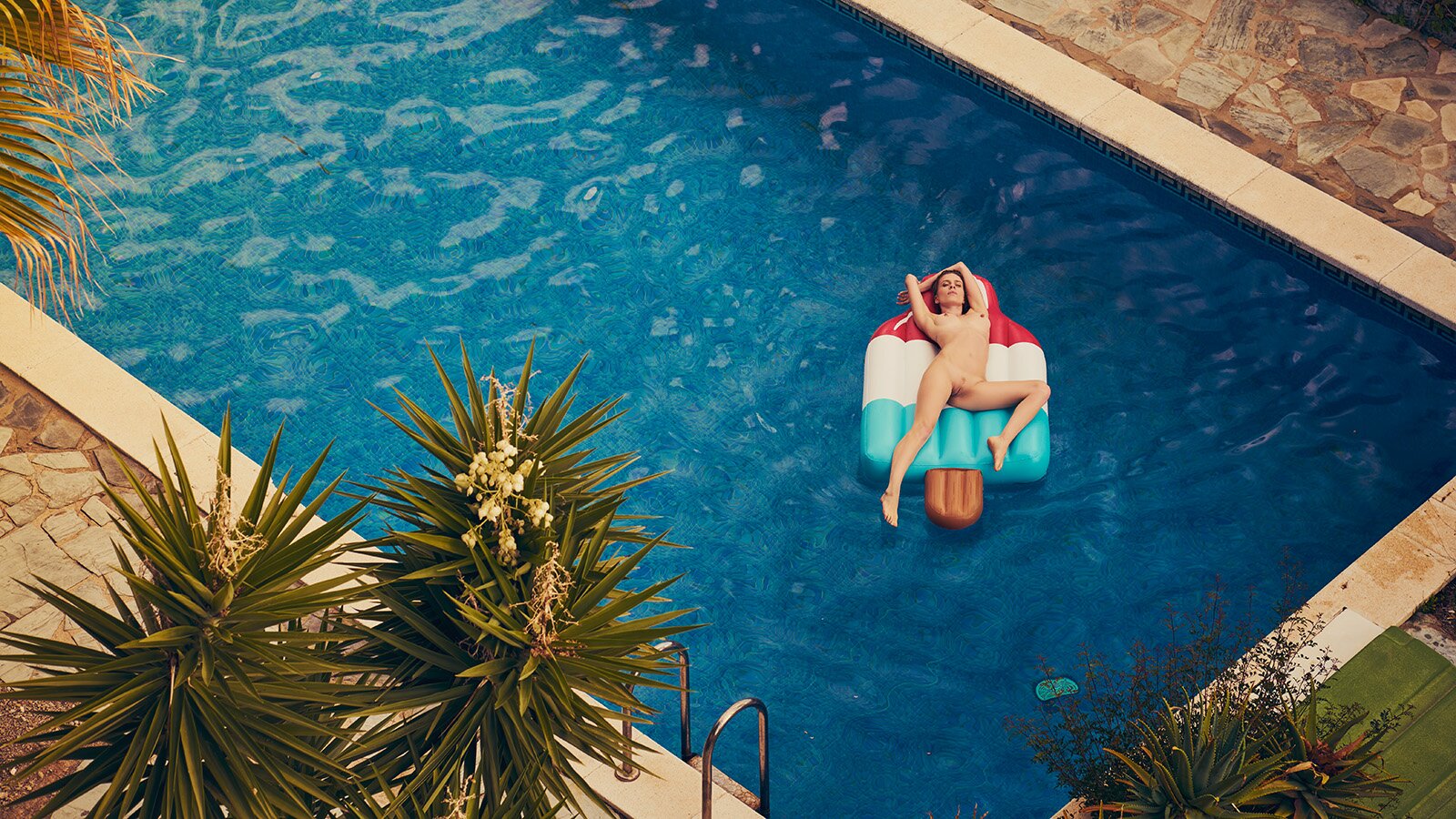 Photographing outside is so much nicer than inside, I think. But living in Germany, the climate limits the possibility for outdoor shoots to around four to five months per year. So once, the summer is over, I need to find places abroad. Like this villa in Sitges where I worked on a pool series with Sloane.

Remember the pool where I was with Katia? It was too cold in Portugal, so we couldn't go inside. For my new book, I was looking for themes that I hadn't photographed in my previous one. There was no pool story in Frisky and then I found this pool float shaped like an ice cream. Now, it was time for a pool.

Sitges is situated about 30 kilometres away from Barcelona airport. The town is known to be the week-end hide-away for people from Barcelona and famous for being gay-friendly. I found a very nice guy who rented his house to me. Usually, you cannot rent a big house for just one day. There were seven bedrooms with baths ensuite, but I wanted to have a pool for the shoot and I was kind of running out of time. Really wanted to do this shoot.

I swallowed the bitter pill of the high rent and flew to BCN.

I offered Sloane the largest master bedroom on the top floor. And I took another one downstairs. We had so much space. But only limited time, because I needed both sunset and sunrise for the shoot.

Sloane turned out to be the third model with a pierced nipple. I wasn't aware this is so popular, but it is more common than I imagined.

Photographing and filming with the pool worked out nicely. I really wanted to create a nice behind the scenes video, too. And it's not always easy, when you are alone with the model all the time. Photographing is more important than filming to me. Yet, I needed good footage. And I am very happy with how it turned out.

The pool float has the colors of the French flag and I continued to use this as my color theme throughout the shoot. Altogether there are six girls from France in the book, because I fancy the French look very much. Sloane is one of them.

Time passed by so quickly. And we got along very well. Luckily, sometimes things just work out. No complaints, no worries, no problems.

And there is something about this place. Because pretty much at the same time, just two years later, I booked the villa again and went there with a Playboy production team to photograph Marie Czuczman as the February 2019 Playmate. And again, everything went totally smooth.

So, this is one lucky spot on earth!