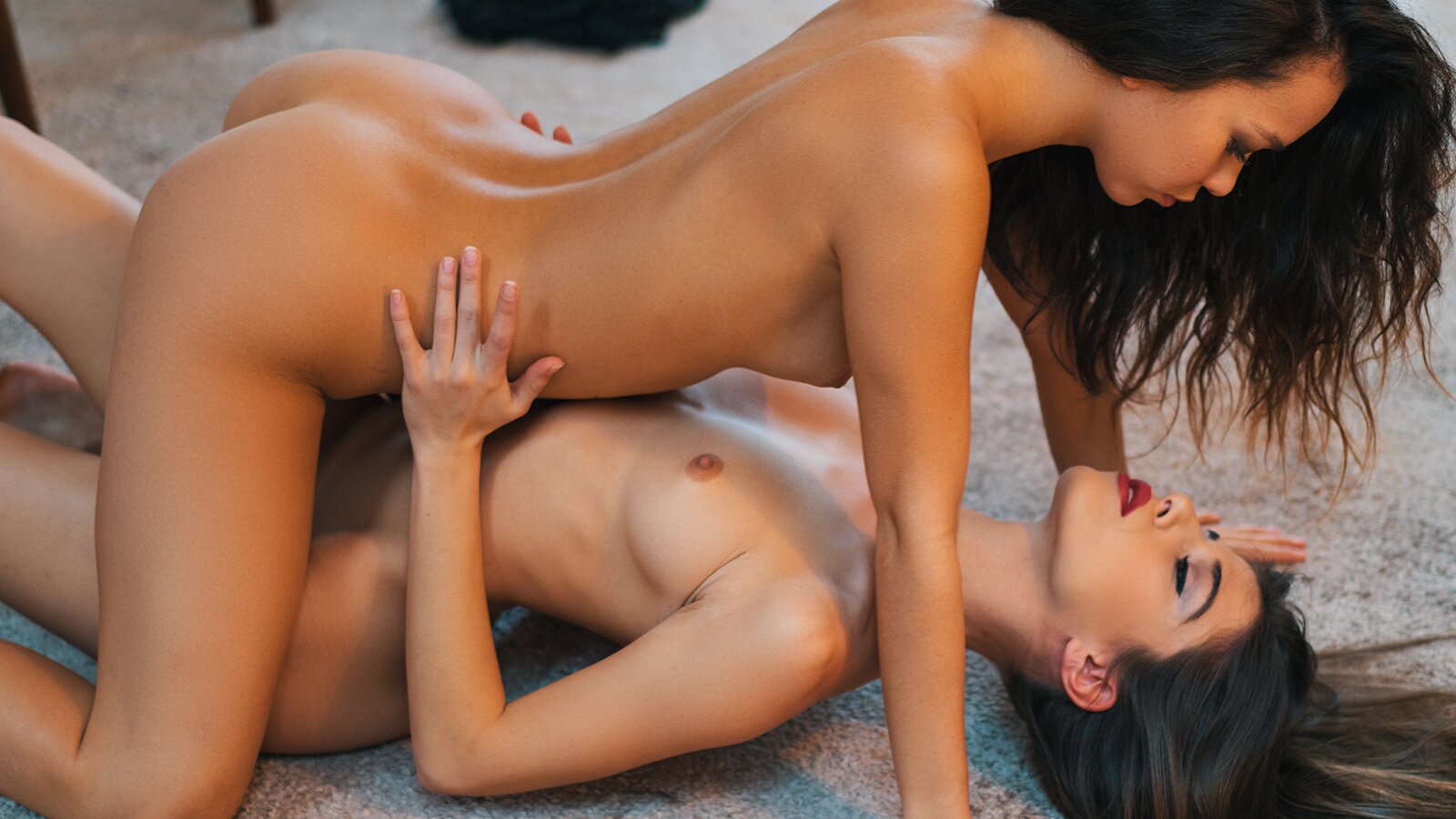 What?! This is soooo cheesy, so stereo-type, so old-fashioned. And a bit embarrassing, too. So, let me be your excuse. I am offering you this sequence of images and we don't have to play Sigmund Freud. Let's not over-analyse things and simply enjoy the pleasures of the visuals I created.

I flew to Milan to catch up with Chiara and Kitrysha for this girl-girl story. While it is one of the classic themes, it is something very difficult to photograph. You need to invest a lot of time to find the right girls with a good chemistry between them. Chiara and Kitrysha seemed like a perfect match to me. And luckily, they both agreed, even though they had not known each other before our shoot.

So, a certain risk remained, but when I heard them chatting loudly in Italian when doing their makeup in the bathroom, I knew this was going to be alright.

Earlier that day, I was very lucky that I had officially asked to do the shoot at the location. Because, right after my breakfast, all of a sudden, there was a power outage in the house. I took my phone as a flash light and searched for the reason. I found the fuse box but everything was alright there.

It was 7 am and I had to contact the landlord as the girls were to be at the house at 9 am. I couldn't reach the landlord but luckily one hour later he returned with instructions to me via WhatsApp.

I had to look for a special key, go outside in the street, open a public fuse box for the whole building complex, find the right fuse and put it back in. It was such a relief, because at this muddy morning in Milan, I had not been able to work without lights in the house.

Styling-wise I had the idea to dress up Chiara and Kitrysha in the exact same clothing. So, I bought two pairs of high heels (in their sizes), stockings and garter-belts as well as additional underwear. Somehow I felt, this could even heighten the passion between them — visually.

What can I say? The girls were amazing. They were acting as if they had studied the role. They didn't need a script and it was difficult for me to capture images because the show they offered me was so beautiful, I could have just sat down and watched it forever.

As you need to find different angles, perspectives and poses, it's difficult with two girls. You want them to be in a flow, so you cannot interrupt them with your commands all the time. But you need them to stop at a certain point, because this was all not about two girls having fun (for me). It was about photographing such a story.

It really felt odd! I was being the witness of something I had inititated by myself.

I had planned many poses in advance and they worked very well with this cute couple. The atmosphere was great on the set. And when filming (as you can see in the trailer to my book), the whole story even looks a bit soft-pornish. Especially the moment where Chiara and Kitrysha eat that chocolate bar from both sides and finish with a kiss.

I wanted to do this with Spaghetti but then feared, they could spray tomatoe sauce on the couch. So, I went for the chocolate biscuits instead.

Another idea was a pillow fight. I had brought two pillows and cut them open. What the fuck!

These pillows were filled with tiny (probably shredded) feathers and they were so light, they floated through the place right away. This was going to be a total mess. I cleaned up and forgot about the pillow fight immediately.

It was definitely worth it to come to Milan to shoot Chiara and Kitrysha. Two lovely women. Great companions. They both understood so well what I was after, it was such a breeze. It was the fourth time, I had produced a series with two girls, but the very first time, I was happy (and proud of) the results.