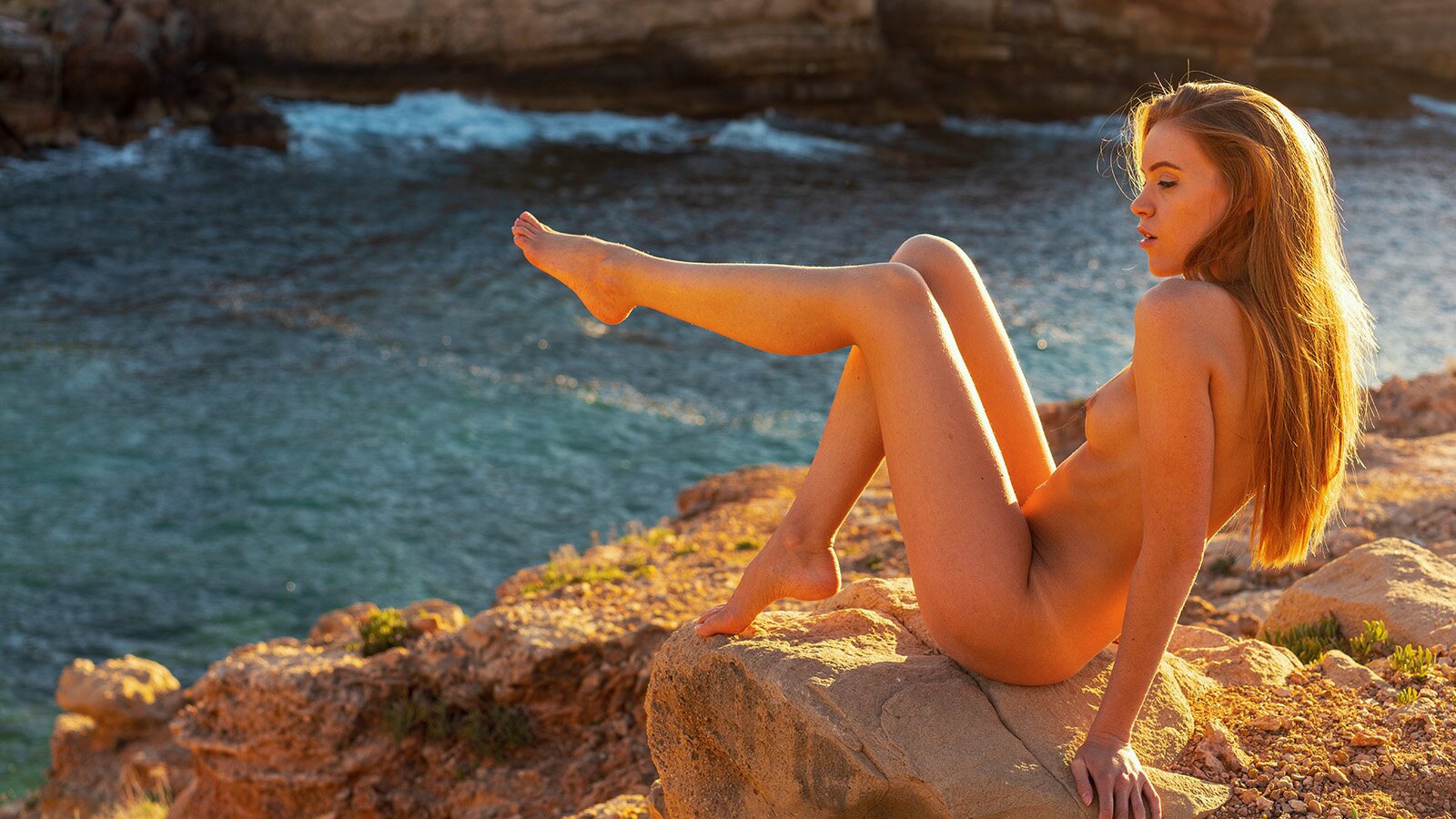 Ibiza is one of my favorite islands in the mediteranean sea. Summer, sun, freckles and a redhead. I departed to capture a classical woman in nature scenario. Not my typical style. I simply wanted to experiment and try out new fields of photography. But then so many things went wrong.

It all started with a horrible phase of insomnia in my life. My longing for breaking out to create new and unseen work put me so much under pressure that I could not sleep the day before I arrived in Ibiza. And I couldn't get more than a few hours of sleep until the second day. Sleep is essential, though.

Some people say, you can sleep when you're dead. The problem was that I felt exactly as if that had happened when working with Rubia.

We had known each other before. I was one of the first people to shoot her nude and I know her since she turned 18. This was good, because mentally I was not in the best condition when we met. I felt empty, because I wanted to improve my photography and style, but did not know where to start.

Sculptural nudes are not so much my thing. From an artistic perspective I love such images, but it is hard for me to relate to them. It is difficult to explain, but the staged photographs are not my understanding of nude art. For a change, I wanted to experiment, though. And so, I decided to give it a try.

I had scouted locations as always. And I had many ideas in my mood board. Like photographing Rubia naked on a tree.

The first day, I could not find the location that I had scouted. It wasn't a problem as the island is beautiful enough to spoil us with other nice locations.

But on day two, I tumbled and hurt my shoulder real bad. I couldn't lift my arm anymore and had to take some pain killers. Rubia and I joked around and she posted a photo on instagram with the caption I took a pill in Ibiza to show Avicii I was cool. I managed to take more photographs, but physically the shoot was the hardest I had ever done.

Three months later, back in Germany I had an MRI scan. It turned out that I had a frozen shoulder and the doctor did not know why. Even though he is a well-known specialist, he could not help me and left me a bit hopeless. Shoulder injuries take a long time to cure.

I had physio every week and thanks to my trainer Alex, two years later, my shoulder pain was (almost) gone and my life back to normal.

Sigh. So much frustration. Therefore it took me a long time to put the images with Rubia into a series. Looking back at them now, makes me feel happy, though. If it doesn't kill you, it will make you strong. This silly saying holds some portion of truth. On my Ibiza trip I learned so many things about myself.