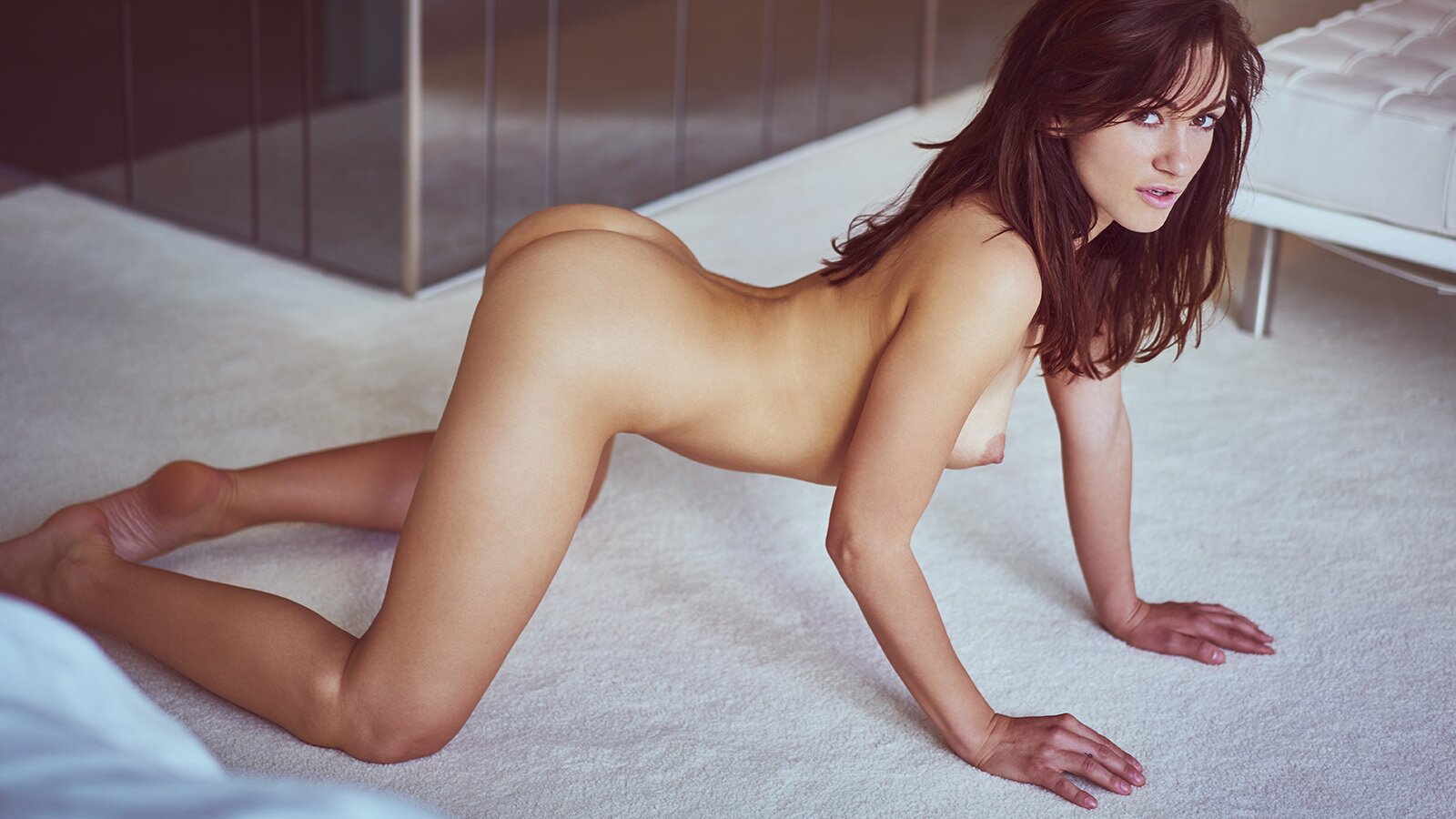 It takes me about two to four weeks to prepare a shoot. I review the sedcard of a model, think about her physical benefits, things that stand out from other girls. I see it as my task to discover beauty and reduce my images to what I believe is beautiful in a person.

I already have the location and the basic storyline, before I have chosen a suitable model. Therefore my next step is to think about the styling.

I like to keep things simple. At least, most of the time. We live in times of oversaturation and therefore reduction is what pleases us. I strongly believe in this and it goes for pretty much every photograph that I take. It's always about reduction.

I sort of clean up the frame. Composition is a very powerful technique and choosing the right crop is a type of work that I really enjoy.

Sazze came to the location by skateboard. It was a warm day in June and we connected right away. Sazze was cool with her body and I can tell you there's nothing better than working with a girl who is confident.

I showed her the place and there was this lovely glass staircase. Always aiming for unusual angles to shoot from, I asked her to stand on the upper floor, while I shoot her from one level below. For the book, I cropped the frame a little, but here you can see what it originally looked like.

As this is the opener image, I decided to title the series Moon Landing.

Am I too uptight?

The times we live in are increasingly uptight. Sometimes I wish we could go back to the chill 1970s or 80s where there were less restrictions from society and people were laidback. I am not talking about free love, but you get the point. Why is the modern world afraid of nudity? I mean, what's the point? A naked nipple never was a turn on for me.

So one night, these thoughts circled around my head again. I woke up and I knew, that the photographs I had taken so far for Sublime were nice. But most probably too nice. I am not into provocation. Never wanted to shock anyone with my pictures. That's not my thing either. But I knew that I wanted to state freedom in opposite to the uptightness of our times.

At night in bed, I had this idea of a photograph with a foxtail. It's not my fetish, but I liked the idea of it. Especially because the photo I had in mind was completely innocent and the viewer decides what he wants to see (feel and think).

I was in Portugal that night and I immediately ordered a foxtail from amazon and went back to sleep. Express delivery would bring the item in time for the shoot, I thought. But the next morning, amazon had cancelled my order, because it was made from Portugal and they thought it was a fraud.

What the fuck? I had to call them from Portugal and tell them that it was me personally who was using my amazon account data and that I was flying back the same day and needed the foxtail urgently. Luckily, they understood and re-activated my order. The prop arrived in time.

I explained my idea to Sazze and as she was confident and cool, we created the photo I had planned.

While photographing I also try to capture the personality of a girl. This is not fully possible as the girl is playing a role, too. I am not a documentary photographer, but still, I am always searching for real moments. And I keep digging for such moments, because they are the biggest relief I find in taking pictures. Those frozen moments where everything feels right.

Sazze was a bit sassy (great word play, I know), so this is why Moon Landing became what it is.

But back to the original topic of this blog post. I wanted to tell you about my ideas. The first idea I had was to make a 3D series. With two captures made from left eye and right eye, to create a real 3D photograph that you can view with a those red blue glasses and see the image plastically. From the way, I try to describe it, it already sounds very complicated. And it was. I had bought expensive gear to make it possible to photograph this. So my test shots really existed of two images that were taken from slightly different horizontal perspectives.

But it did not work out the way it should. To be honest, it even disappointed me, because I had invested 250 € into this shitty equipment that was useless. Not more than a gimmick. It was useless and I had to give up. Maybe the idea wasn't so good and this is what I am trying to tell you. You need to experiment to discover what works and what doesn't.

Another disappointment was that for the first time ever, I had accidently deleted the video footage of my shoot with Sazze. It never happened to me before but I was a bit too much on the road and thought I had backed up the data, already. But it turned out to be wrong.

But I won't allow this article to end with negative things. Because the shoot was great, the output amazing and Sazze is such a vivid and adorable woman, I was left with positive feelings after the shoot. And my still images formed a nice series and Moon Landing felt like a relief for me. Because I was daring something, because I left my comfort zone and of course, because of the great work of Sazze!

Later when putting the series together, I realised that a break in the flow was needed after the daring pictorial with Sazze. Another sleepness night later, I knew that a closeup shot of a dreamcatcher was what I was looking for. I bought a macro lens and a dreamcatcher to create the spread page...