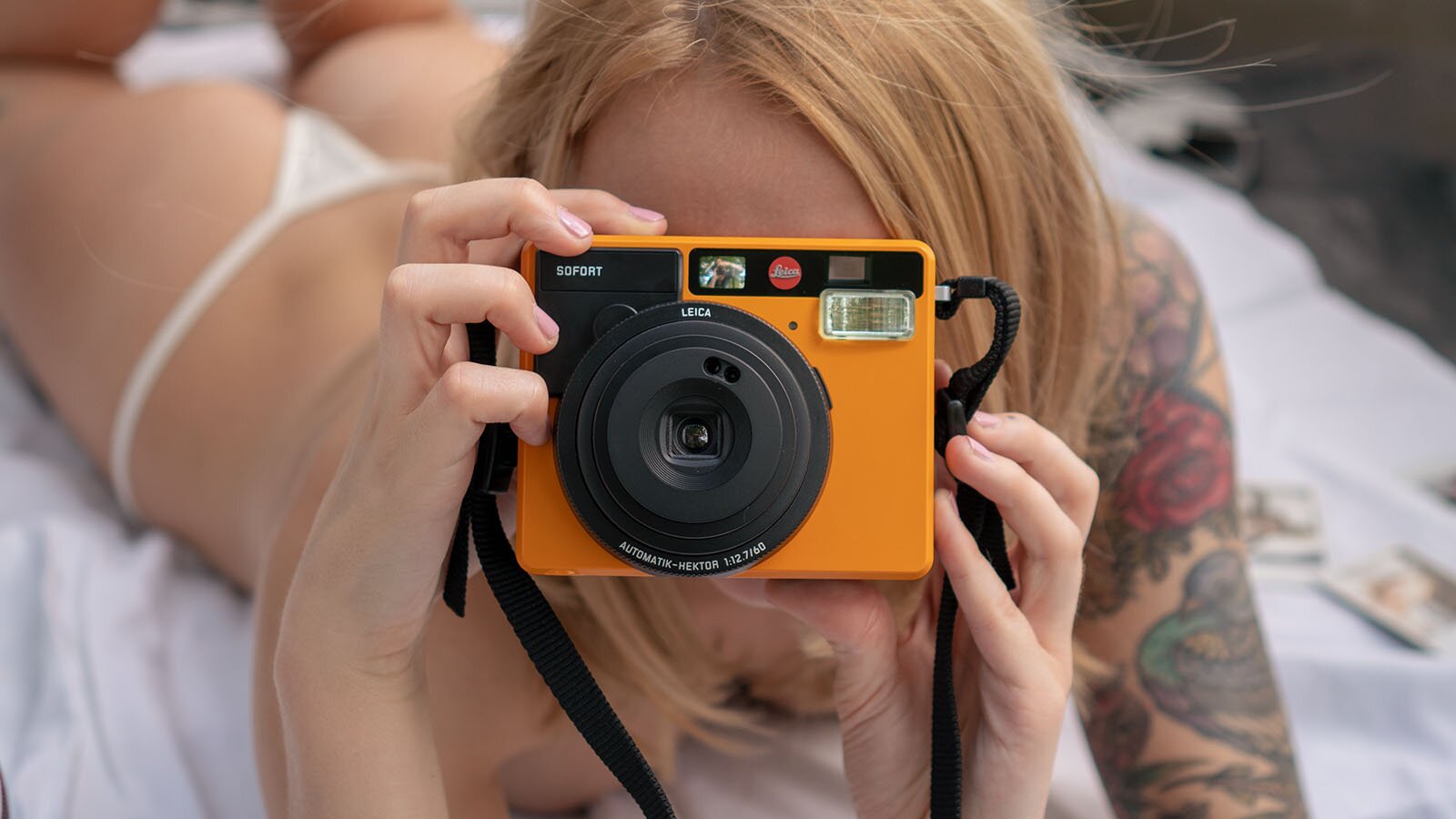 Five of the stories for Sublime were photographed in Frankfurt. I find it very difficult to photograph in this rather uninspiring city. The main reason could be the lack of cool locations and the unstable weather. But after days of searching, I found an allotment garden that looked nice and bargained with the owner to rent it for a shoot.

When Polaroid stopped producing their cameras around 2008, I photographed a series with one of their instant film cameras. The theme was good, but my technical capabilites were a bit poor ten years ago, so I decided to refresh this idea and give it a new try.

As luck would happen, Leica supported me for this photo series by letting me borrow one of their orange colored Leica Sofort cameras. It's always a thin line between support and surreptitious advertising. And we all dislike to get fooled. But as no money was paid and I only borrowed a camera for half a day, I hope, you don't mind.

Sublime is all about diversity. Beauty is universal and there's not only one type of girl that I wanted to present. It was essential to me to only show girls that have never worked with me before. So none of the beautiful women from Frisky could make it into my new book.

Usually I dislike to work with tattooed girls. I explained the reasons in this blogpost. But going for variety, I knew, I wanted to have one girl with many tattoos in the book. And there she was: Paulina, a sweet German girl that was both cheeky and shy.

A wonderful addition to my book.

I intended to create a playful photo series. So, Paulina asked me for a chilled bottle of white wine to bring on the set. You might think, this is normal, but in reality, it's the first time I ever had a girl drink alcohol on set.

Paulina was getting funnier and funnier with every sip she took. And I was like the responsible parent behind the camera, asking her not to drink too much.

Just kidding, I was only making fun of Paulina's thirst and she was alright. She's a fun girl.

We photographed for hours after sunset. A warm summer night. Everything went so smooth, I was full of enthusiasm after the shoot.

So, I'd like to say a big thanks to Paulina. And to anyone wanting to try out a photo series with a tent, I can say, the light inside is very flattering. Like as if you put a model into a softbox. Worked like a charm.

Ah, almost forgot this. The next morning, I took the instant images I had taken of Paulina, put them into an envelope and send them to her. But they never arrived. Someone working in the postal service must have expected valuables inside the envelope and stole it. Now, he has some instant images of a naked tattooed girl. Well, they were unique...

Dear, Mr. Postman, if you want to see the big picture, please buy a copy of Sublime. And of course, this goes to all the honest people out there, too.