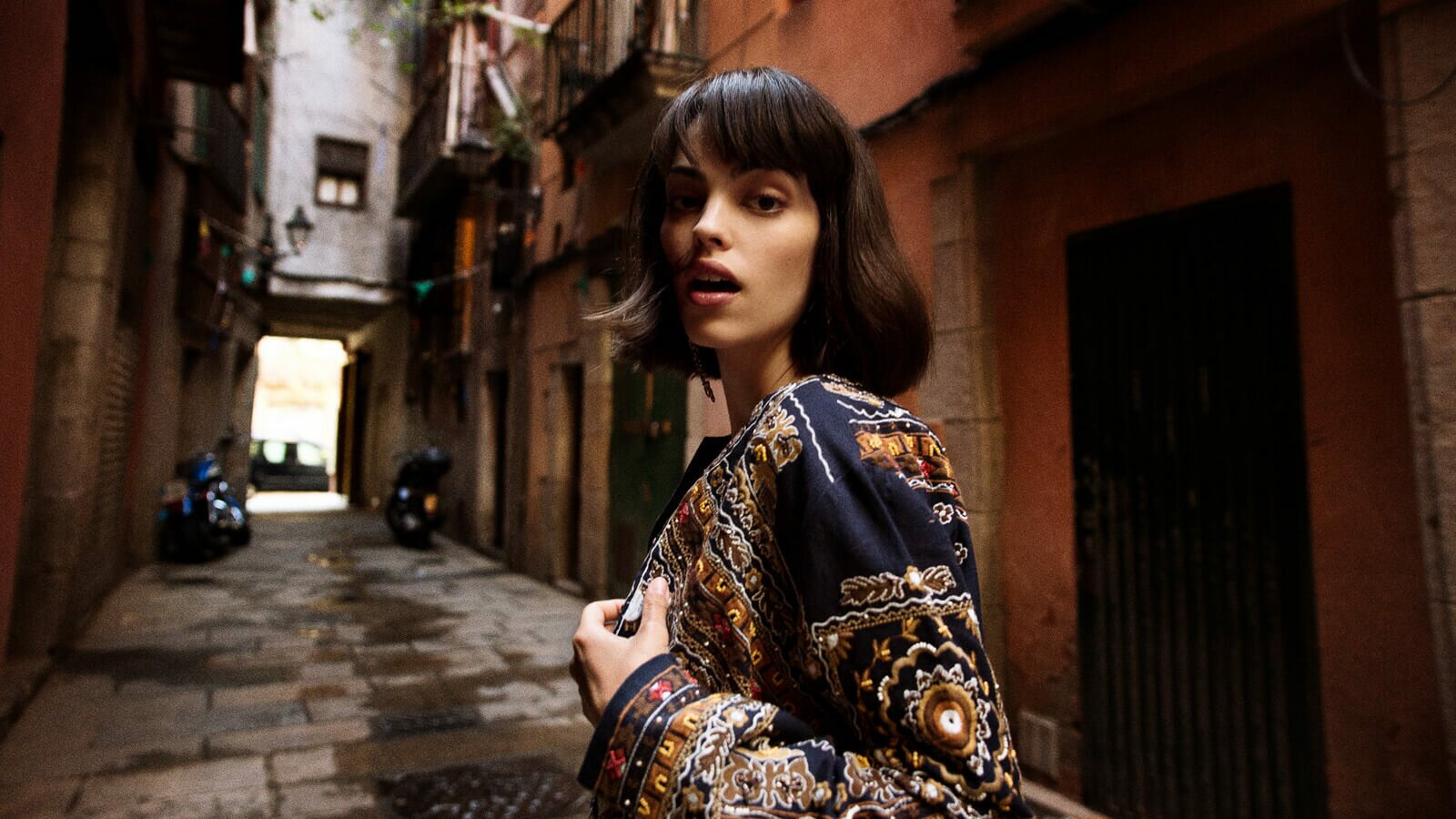 This was a bit surreal. One afternoon, I walk out of the door of my local supermarket and there stands a guy with a camera. At a quick glance I notice he holds a Canon 5D. The photographer looks at me and after a short moment of hesitation, he asks: “Simon?”.

Boom. It turned out, I ran into Malte Grüner. I thought he was a photographer from Berlin. We knew each other over the internet only. I came across his work through a feature on Behance where they promoted a beautiful photo series he produced in Barcelona. It was lovely to run into each other, we chatted for a moment and it made me think...

In our daily lifes we are confronted with thousands of posts every single day, it has become absurd. The more news we consume, the less significance each information gets. We have truly arrived in an age of over stimulation. Sensory-overload. A constant scrolling through unnecessary information and way more images than our brain can handle. Social media is a buzz word only. How social can it be, if we don't know the people we're connected with?

So when reworking my website, I decided to give up on my old blog and create a new one from scratch. There are so many great talents out there and in this category I will speak with other creative people and introduce them to you, from now on.

Malte started out with photography like many of us. As a teenager he began to play around with cameras, always had one with him to take snapshots. One day he had the idea that a better camera will lead to better photographs. And his odyssey began, trying out different cameras and lenses. It took him a while to find gear he felt comfortable with. The images were getting better and when he photographed a girl on a fairground with a Sigma 35mm Art lens, this picture went viral. He developed a taste for it and was driven by the feedback he received from the internet crowd.

The flood of 35mm images with bokeh, made Malte set out with his picture style. It was something seen too often and he strove for new looks. Malte looked deeply into how he can work with light and analyzed his pictures afterwards. Fashion photography became more and more important to him and he asked models for test shootings.

Inspired by photographers like Edgar Berg, working outside and using sunlight, fascinated him a lot. One day, he realized that there's a simple formula to achieve a good photograph: Good model + beautiful light + great location + suitable styling = strong image.

Rather than the more or less spontaneous working process he had before, Malte decided to plan his shootings as precise as possible from then on. He hooked up with designers and agency models and scouted locations through Google Streetview. He spent hours and hours searching places where he either liked the colors, textures or depth in the location.

Things were not always working out as expected. One day he arrived in a beautiful hidden yard, the Google people must have visited on a Sunday morning. The place was crowded with people. Another time, an old swimming pool with the dreamy atmosphere of past decades had been filled with concrete and turned into a theater stage.

Nevertheless, an in-depth planning and working with a concept helped Malte a lot in finding his own style. He finally felt relieved and could concentrate on connecting with the subject in front of his camera, rather than having to care for the setup of the shoot. This made him feel safe and he transferred this secure feeling to his models while photographing.

Shooting in cities, he loves to be in motion. Often he walks side-by-side of his model, capturing the motion with a Tamron 24-70mm lens on a Canon 5D Mark III. Not standing still helps him to release his creativity.

Profound preparation is so important. It tidies up my inner self and sets the stage for creativity.

Since then, when working on a new project, he is always thinking in series, editorial style. He lost his interest in running around taking snapshots completely, because sometimes this serial approach is so deeply manifested, it becomes a burden as well.

Fashion photography fulfills him. Being able to create photo series that express his deepest feelings and being understood by others, makes him proud.

Both light and shadow play an important role in his photographs. Originally he tried to achieve a perfect lighting, evenly lit, very clean. Now, hiding parts of his subject in shadow, only revealing certain parts in light, are the ingredients of his play.

I asked him, how he would describe his approach towards working with light. He told me, it is something that is very difficult for him to put in words. It's a process that comes from within, it has no rational level. He looks carefully until he finds something that feels right for him.

When working in Barcelona, Malte was overwhelmed by the spectrum of light in Catalonia. It might have to do with the colors of the old buildings and neighboring the Mediterranean sea, but the colors on sunset were so different from what he knew from Germany. In his hometown, sunsets feel cold, with a color range in blues and greens while in Barcelona it felt like peach and rich orange to him.

Minimalism is not only a concept in his compositions, it is a holistic concept for his work. There is hardly any post production in his work. Rather than relying on a retouching process, he wants to get things right hen he takes the image.

His post-processing is so simple, it could be called a surprise: A quick correction of white-balance where needed, a gradient map with soft light added to the background layer for a subtle color grading and finally adding a little grain. Done!

Malte still plans to go a long way and is looking forward to progressing and developing his style further. Most recently he has been very busy producing new sets of images on a weekly basis.

One of his next projects will be a challenge Malte set himself: Trying to work with his 35mm lens but incorporating his today's look.

I am already looking forward to seeing what he'll come up with. Malte is a very nice and friendly person, he connects easily with people, but is modest and down-to-earth. Yet full of ideas and creativity. He claims that photography is not a job for him, it's his passion. From sitting together with him for three hours, I can say: I truly believe that!

Born 1989 in Bensheim, a small town in the Southern part of Germany, Malte loves travelling to big cities and is enthusiastic about photographing people.