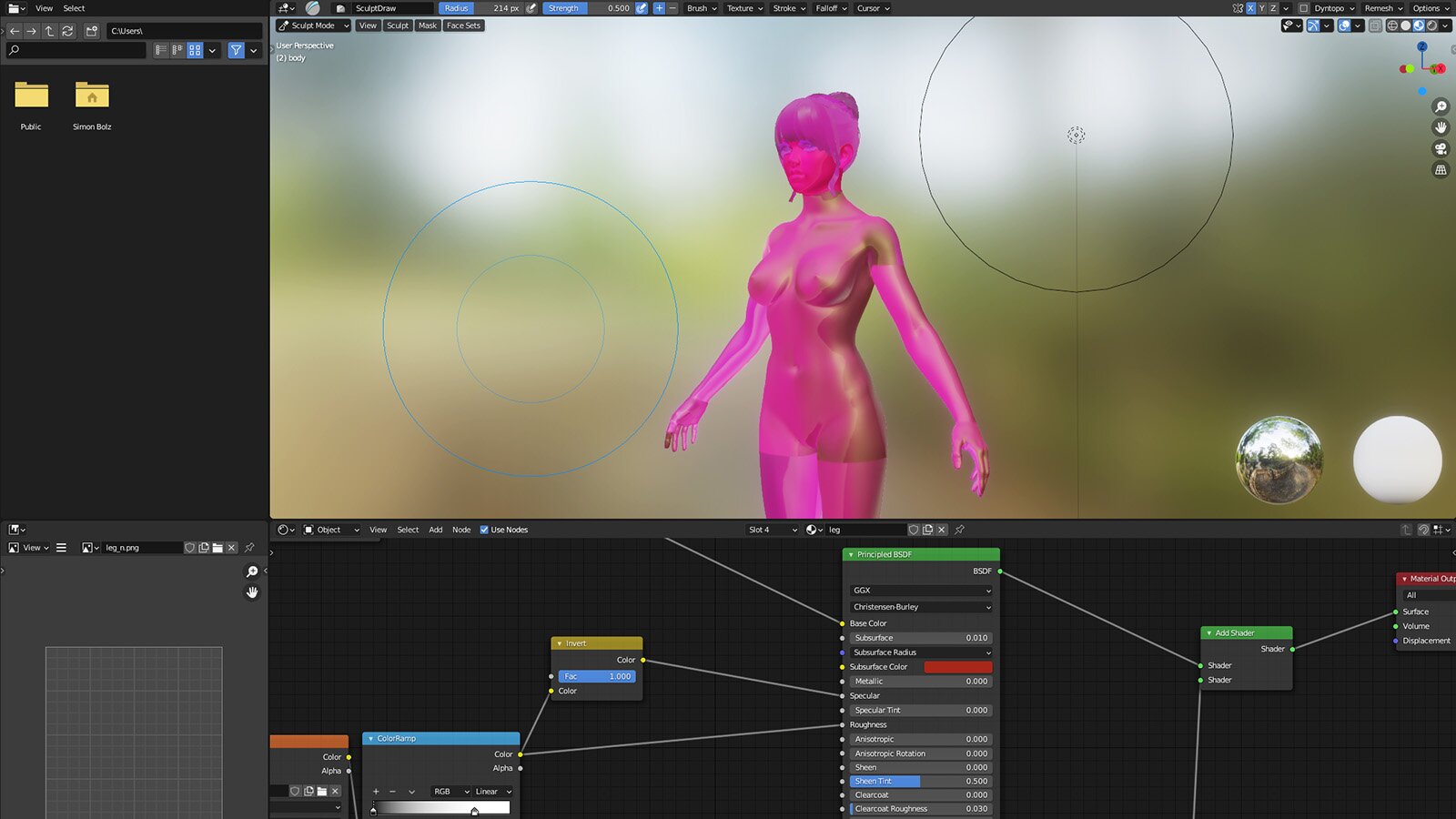 The future is here

It is only a matter of time before virtual models will conquer our screens. It isn't the question if this is going to happen, but when. The technical possibilities are endless and since I cannot take photos during the pandemic, I asked myself whether I could render female 3D models and create real looking photo series. It's a fascinating new world that is opening up, so why not give it a try.

The topic of 3D modeling made its way into the advertising world many years ago. Nowadays, CGI is often used, especially in photography of automobiles. It has also been said for many years that IKEA generates all furniture photos with the computer. I don't know if that's true because the pictures are of such high quality that I can't tell them apart from a real photograph.

Rendering objects in three dimensions is difficult, but not nearly as difficult as generating images of virtual humans. We are very sensitive when it comes to accepting an image of a person as such. We can unconsciously read body language and, of course, also immediately see from the reflections whether we are dealing with a cartoon character or a real person.

Now, I want to find out how this works! So I downloaded the 3D software Blender and was pretty astonished that it was free.

I've been working with computers for over 30 years and I would say I know my way around pretty well. Also with graphics software and a basic understanding of perspective, X, Y and Z axes, textures and so on. I even studied anatomy as a subject in design school. But what is going on in the 3D world and what possibilities Blender gives you is so unbelievable that even after hours I had no clue, to be honest.

Fortunately, you can buy ready-made 3D models. I purchased a model of a pretty lady which consists of 60,000 polygons. This sounds funny, doesn't it? It is a very detailed 3D model with a complex mouth area, teeth, tongue and hair.

I managed to take off her bikini very quickly. Please forgive me. I had to find out if it was as disappointing as it was in my childhood when I undressed Barbie and Ken and found that they were both sexless.

Now I was really flabbergasted! Under the bikini of my 3D model was everything you would actually expect. I made big eyes.

In addition to realistic textures, the most important thing in 3D rendering is the lighting. You have to master the play with light and shadow. And it's a lot more complex than in photography, because this is really about nuances.

To get a realistic lighting scene, tools like this 700 US$ sphere are being used. You photograph it in the desired landscape and translate it in the 3D program so your 3D model gets illuminated correctly. An incredible concept and the principle is super fascinating in my opinion.

Unfortunately it is also such a complex task that my computer takes ages to render a single scene and the software crashed many times. The computing power of my graphics card is simply too weak. Note: 3D work requires a tremendous amount of computing power.

But practically, I lack all skills. I also failed to pose the model well, move her legs and arms properly without distorting her body. I failed to liven up her facial expressions and to embed everything in a photographic scene at all. I managed to open her mouth, though.

I think I'd have to go to a Motion Design School first to really learn the basics. At the same time, I would need to get a better understanding of the software with all its options. And I would also need a way more powerful computer.

Anyone who believed that these 3D models would remain a cinema phenomenon are greatly mistaken. There are already influencers out there on Instagram who don't even exist. They are avatars. Computer generated models. For example Lil Miquela. That somehow takes the mess that takes place in this medium to extremes. However, I seem to be more critical than the rest of the world, because Lil Miquela has more than 3 million followers already.

The software company EPIC Games works on Unreal Engine, tools for virtual worlds. They will shortly launch Metahuman. Here you will be able to create digital people and integrate them into real scenes. The rendering is done remotely on massive computers by EPIC Games as far as I understood. Everything is operated via an application, right in your browser. This will greatly expand the possibilities and advance the development in the field of 3D design. It is still a long way to go, but the future is much closer than one might imagine.

I have the greatest respect for all 3D specialists and I have to say that photography suddenly feels very simple to me. All you have to do is press a button to take a picture. The camera settings are complex too, but it's a no brainer compared to 3D software.

Still my excursion into this mysterious 3D world was super fascinating to me! The future has begun.