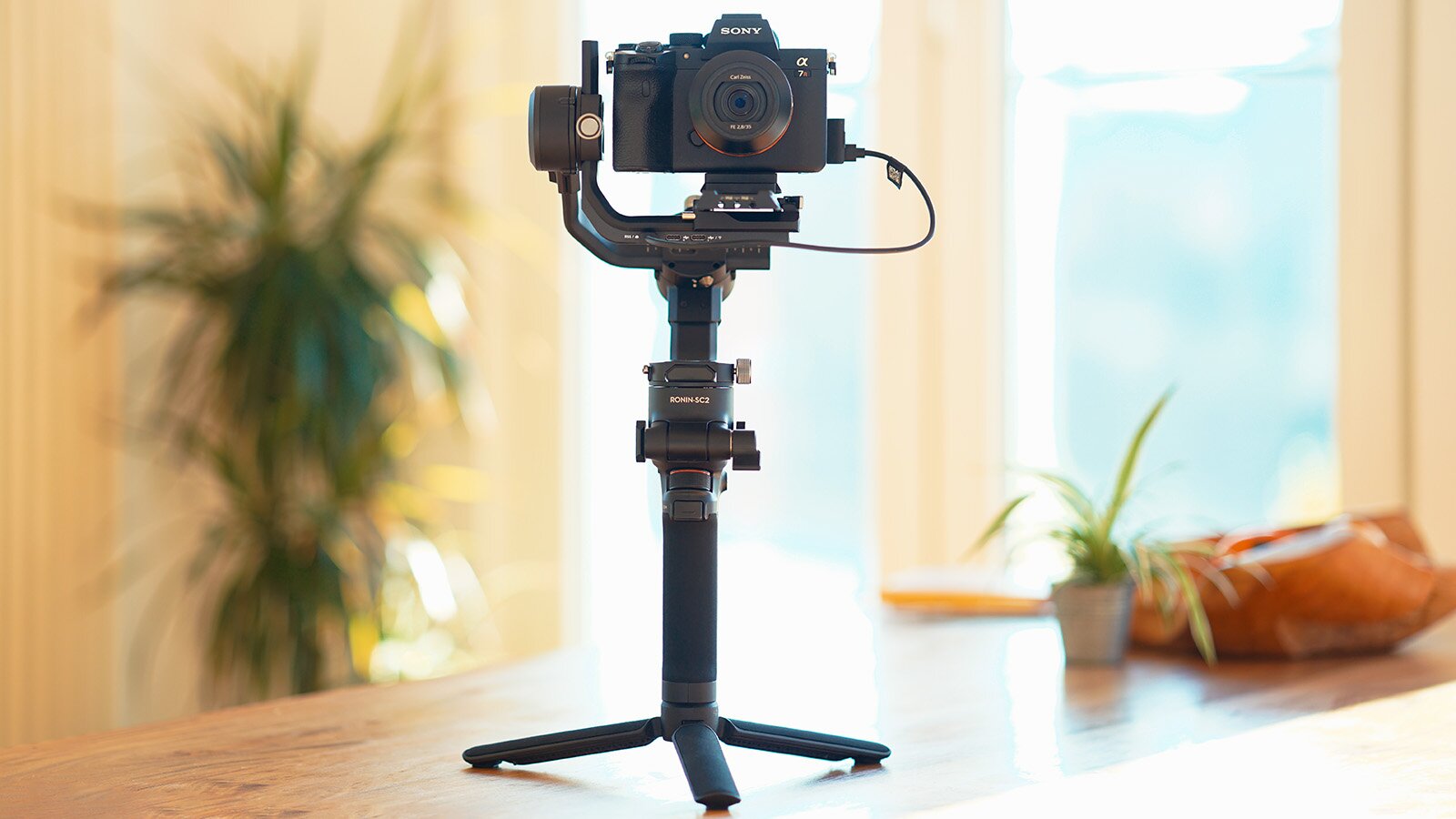 As a matter of course I am asked to deliver stable video footage along with my pictures these days. Whether it's an interview or video clips, I am always looking for the most simple setup. Schedules (and budgets) are usually tight, so I benefit from easy to use and reliable gear. This is why I bought the brand new dji gimbal.

I went for the cheaper dji RSC 2 (not the RS2) because I am not a filmmaker and use the gimbal only for short video sequences, b-roll and interviews. I need a gimbal that performs very well but one that I can use hassle-free during a shoot. I need to be able to switch from shooting photographs to filming within a few minutes (the quicker the better).

It stresses me out when you need nitty-gritty technical skills to film your clips. For me, things have to be easy. Yet, the results have to look perfectly fine!

There are many reviews out there by people who all seem to be professional filmmakers. But for the rest of us (including myself) who get easily confused when having to unfold 3 axes and begin to think three-dimensional when putting on a camera, I decided to make a simple setup guide and write down a few tips on how to use the dji RSC 2 with a Sony camera.

First of all, I find the wording a bit puzzling. Here's what the 3 axes stand for:

Points the camera up or down

Moves the camera left and right

How to balance the gimbal

Balancing a gimbal is crucial. The motors are strong enough to forgive badly balanced cameras. But once you make a move where the camera goes into a top down position (always looks good with a model lying on a bed), the motor will give up and your shot is ruined. This is my third gimbal and trust me, I am quite experienced in poorly balancing gimbals.

Therefore, I thought it's about time to go through the setup step by step. I recommend you to take your time before a shoot and configure your gimbal properly. It will also save on battery usage, so you can shoot for longer periods.

Setting up this gimbal takes me around 6 minutes.

There are video tutorials by dji on how to set up the gimbal. I will include the clip at the bottom of this page. You can also access it from the app, but I find it more handy to have a written setup guide on one page. To have this as a quick reference guide, I made some screens for you:

Connecting with this cable, you will be able to use the front dial to adjust the focus when in manual focus mode while filming. You may also change ISO vs. shutter speed or aperture.

⚠ To play back a clip on your camera, you need to put the gimbal in sleep mode first by pushing the on/off switch once.

Of course you can use a non-cable setup as well. You cannot control your camera through the gimbal and the smartphone app usage is highly limited, but you can still record a video by pressing the record button on the Sony camera. The gimbal motors work fine without a cable as well.

Unfortunately, the gimbal comes without a bag or case (I admit I didn't read the smallprint when ordering). And to my surprise, you cannot order a case from dji. They simply don't offer it on their website.

Nevermind, I found a great bag you can use for storing and carrying the gimbal. It's the Reisenthel toilet bag XL which you can get for about 25 EUR.

I chose a weird zebra style pattern to easily determine which is my gimbal bag. It's also good on set if bags look a bit different from another when you communicate with an assistant.

There are several follow modes available. In 80% of all cases, I use the Pan and Tilt Follow (PTF). When the horizon remains in level, your footage looks stable. I go with medium sensitivity as my default.

I set M2 to Pan Follow, M3 to FPV (which is Pan, Tilt and Roll). I wasn't a fan of such an all axes follow mode on my previous gimbals, but as the dji rsc 2 is so smooth, the footage actually looks quite nice in FPV. It depends on what you are filming. For a dynamic girl having fun, I can totally imagine to film a clip in FPV. It's like music video style.

You can also customize which axes you don't want to use and customize the 360 degree roll.

If there is fast action, the Sport Mode can be used.

When you want to do these fancy rolls with your camera while filming, it's best to enter Flashlight Mode: Just tilt the gimbal forward to 90 degrees from upright mode to get into flashlight mode. As if you wanted to point a flash light away from you. It's as simple as that.

Excellent stabilization and smooth operation without having to be a pro film-maker. Yippee!

As my article is written in an operating manual style, I would like to point out that I am totally enjoying this gimbal. It's such a wonderful piece, lies well in the hand, has a great grip and works like a charme.

Before carrying the gimbal on an airplane, it must be discharged until the battery level is lower than 30%. Such warnings should be taken seriously, I believe. At least, you reduce the risk of batteries overheating, catching fire or exploding.

Batteries always have to be in the hand luggage, never in your checked baggage. This means, the dji RSC 2 goes on board with you, always. Authorities allow a certain amount of battery power per person. Depending on the airline approval, you can carry between 100 Wh and 160 Wh in your bag on a plane.

The dji Ronin App is very nice. I don't know why people rated it with only 3 stars in the app store, because to me it is very powerful and much nicer than apps from other manufacturers. If you buy a dji gimbal you will discover this for yourself as you are forced to activate your gimbal through the app, before being able to use the gimbal (a bit of a bummer, if you ask me).

There are a few more things I would like to say.

You can disbale the Selfie mode in the advanced menu to avoid accidently pointing the camera at yourself while filming. I also recommend to turn the Silent mode on.

In the advanced settings you can enable Push mode. This means that the gimbal will move if you (accidently) touch it by hand. It's a good idea to keep this on, so you don't fight against the motors in case your hands touch the gimbal.

My standard iPhone USB charger delivers only 5W power, so fully loading the gimbal with this piece takes around four hours. For quicker charging the rsc2 supports USB charging with up to 18W. DJI offers an 18W charger on their website, in case you wonder.

In case you move around wildly, you might want to tape the hooks for the shoulder strap on the Sony. The metal hooks make some noise. For example when you do a 360 roll they will ruin your ambient sound. Luckily, I don't use audio from my clips, so this is not an issue for my type of work.

I created a small guide to print out and keep in your bag: Quick Reference PDF (13x19cm).

And in case you don't like reading, below you will find the official video describing how to balance the gimbal when mounting a camera.