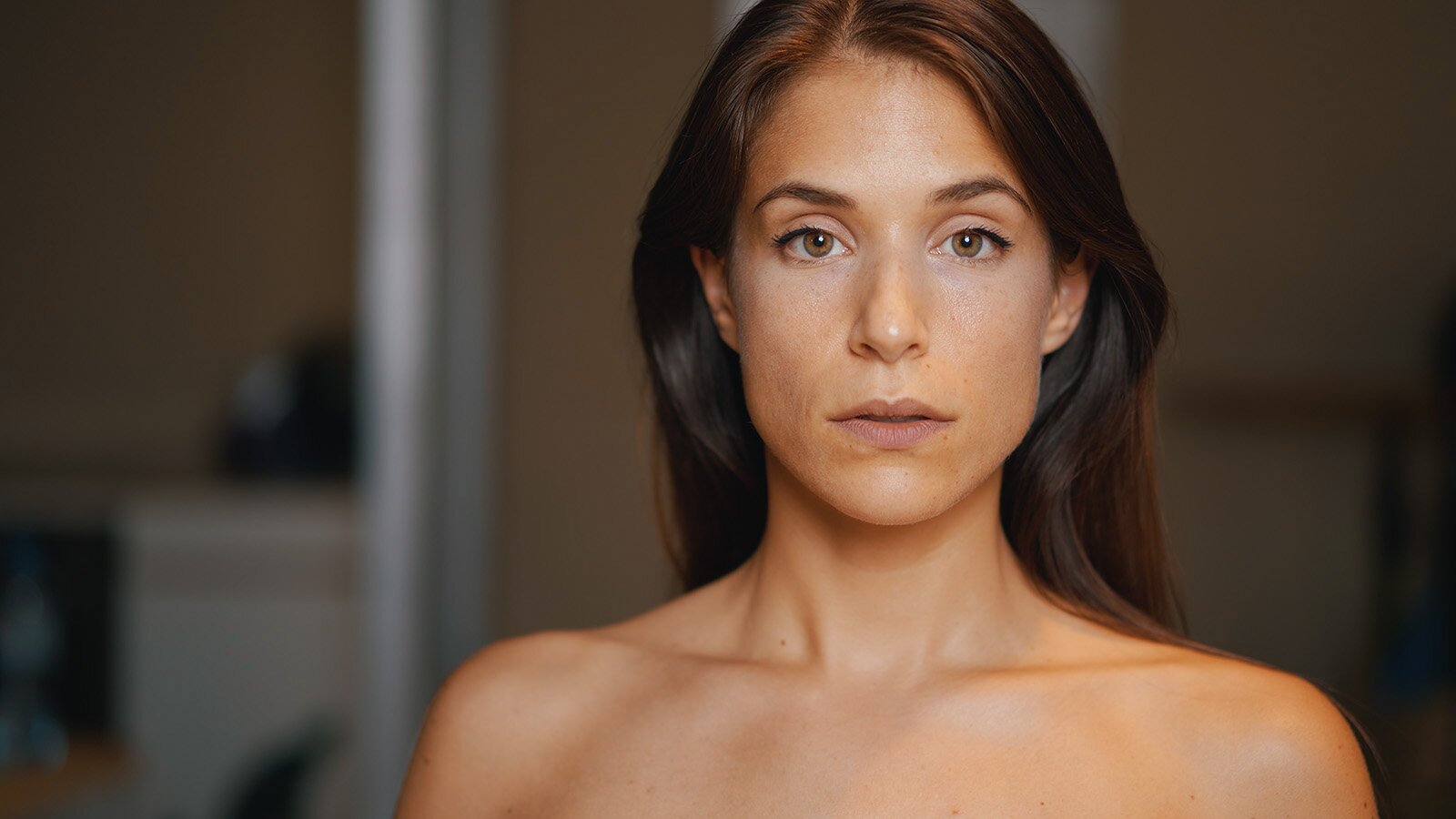 To show oneself at one's best

Technically German is a complicated language. But there are some expressions that get straight to the point. The German term 'Schokoladenseite' is one of those examples. It refers to which side of your face looks prettier than the other. Because they are not the same.

The common belief is that symmetrical faces will be perceived as more attractive. Our species has unconsciously evolved to recognize symmetry as a sign for good genes and physical health, they say. And it could be true. I work with models regularly and they look flawless. But with faces there is no such thing as 100% symmetry.

Even models don't have completely symmetrical faces. So for a photographer it is kind of mandatory to be aware of this fact and try to discover which side looks better. We are expected to present people from their best sides. Therefore, I always take this in consideration at the beginning of a shoot.

I ask the models if they have a preferred side of their face. And from which side they usually take a selfie. Some will immediately know and only let you shoot from a specific side (which can get a bit annoying to be honest). Others say, they don't know or they don't care.

No matter what answer you get. Don't trust it right away. Many people (including me) tend to confuse left and right. It's a question of perspective. When you see yourself in a mirror, your left side will be show on the left, but as the image is mirrored you think it's the right side of your face (like it would be if the person you're looking at was someone else than you). Confusing, isn't it?

This whole mirror thing is actually the reason why we usually don't fancy ourselves on photographs that much. We are used to the mirrored image of ourselves as we see this far more often. When we see our real self (which looks mirrored to us), we have to get used to this new and different image first.

This proves that we don't have symmetrical faces.

With most people the left side of the face is a bit softer. The cheeks look slightly rounder and the left eye is a small bit larger. This gives a younger, more flattering look. But as always, there are exceptions to this rule. And I would not even call this a rule.

If you know the fact that both left and right side are different, it sometimes will be easy for you to judge which side looks more flattering on a photo. But working with models who confuse you with their perfect symmetrical faces, you will have to take a closer look.

Let's skip the theory and dive right in to the examples that I prepared. I photographed Sylvia, a model with a very beautiful face. Even without makeup she looks stunning. The original portrait is unretouched, out of cam. For the mirrored versions, I removed some minor spots on her skin to avoid that you only see it's a mirrored image.

Not an easy one!

In my opinion, the above rule is proven. Her left side looks more flattering. Less masculine, more feminine. She even looks a bit younger. The face is wider, yet more pleasing. But with such a symmetrical face, it is really hard to judge. Especially when hair style and light play an important role, too.

So, let's have a closer look and simply look at Sylvia slightly from the sides. I asked Sylvia to make her hair to a pony tail in one of the examples. But it doesn't make a difference.

Her left side still looks more flattering, don't you think? She is beautiful from the right side, too. But the appearance is a bit more serious. Just not as soft or warm as the left side.

Personally, I don't want to give this question too much value. I prefer to photograph subjects from all angles and simply don't like to limit myself. But as we could see above, it's good to know that there are always differences between the left and the right side. Even with beautiful models.

My advice to everyone being in front of the camera from time to time would be: Find out about your own Schokoladenseite. Take a selfie from both sides and discover your personal preference.

And try to remember: Was it left? Or right? Left, right?