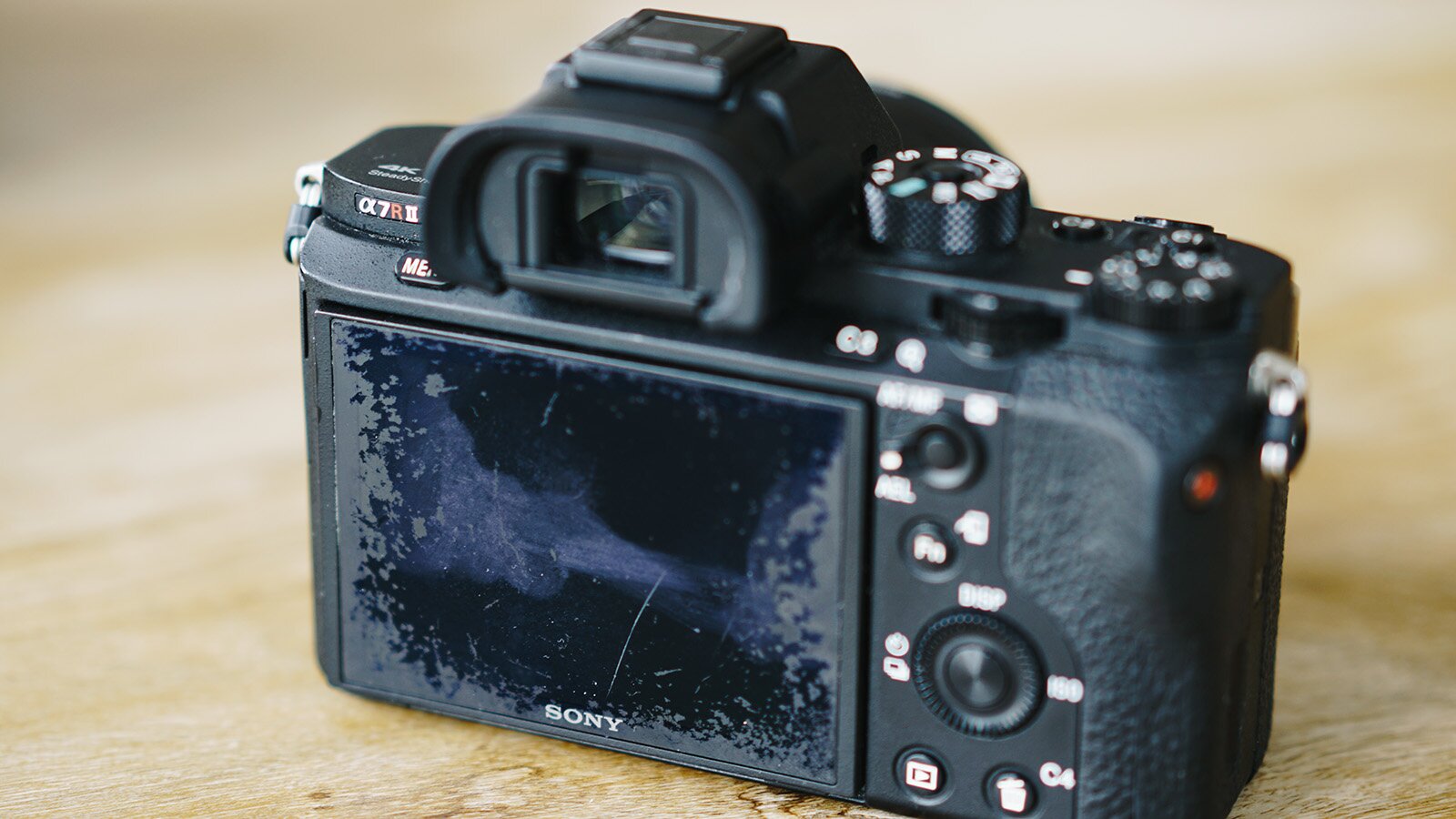 Quality defects of a Sony A7RII

In August 2015 I purchased my Sony alpha 7RII. A wonderful camera that outpaced my previous Canon camera at so many points. But when it comes to the build quality, I would advise Sony to improve their work a bit. Read what I am moaning about.

I own my camera for almost four years now. Usually, I have around four shoots per month. So, I am not using the camera to an extreme amount. And I am very careful with it, too. I only carry it in a camera bag, it never fell down, I caress my baby from time to time, too.

Just kidding. But seriously, I am very German when it comes to treating gear. It rests in boxes to stay away from dust and I wasn't joking when I mentioned the camera bag. It also never dropped.

The display still looks shitty now. I assume it happened because my nose has some sunscreen on it when working outside in the sun. And I begin to sweat as well. Those two factors make a Sony display look like this after a while.

I am only writing this to warn you, in case you bought a new Sony camera. Buy a display protection sheet, because Sony does not have this by default. My Canon never looked like this, even after ten years of use. So, please be aware, you better protect your screen with such a mirrorless camera.

Meanwhile a piece of rubber gets loose at the body, too. It might be a way of Sony telling me to upgrade to a new camera. No worries, Mr. Sony, I will, I will. But I still hope for better build quality in the near future, because this is something where competition seems to be ahead.