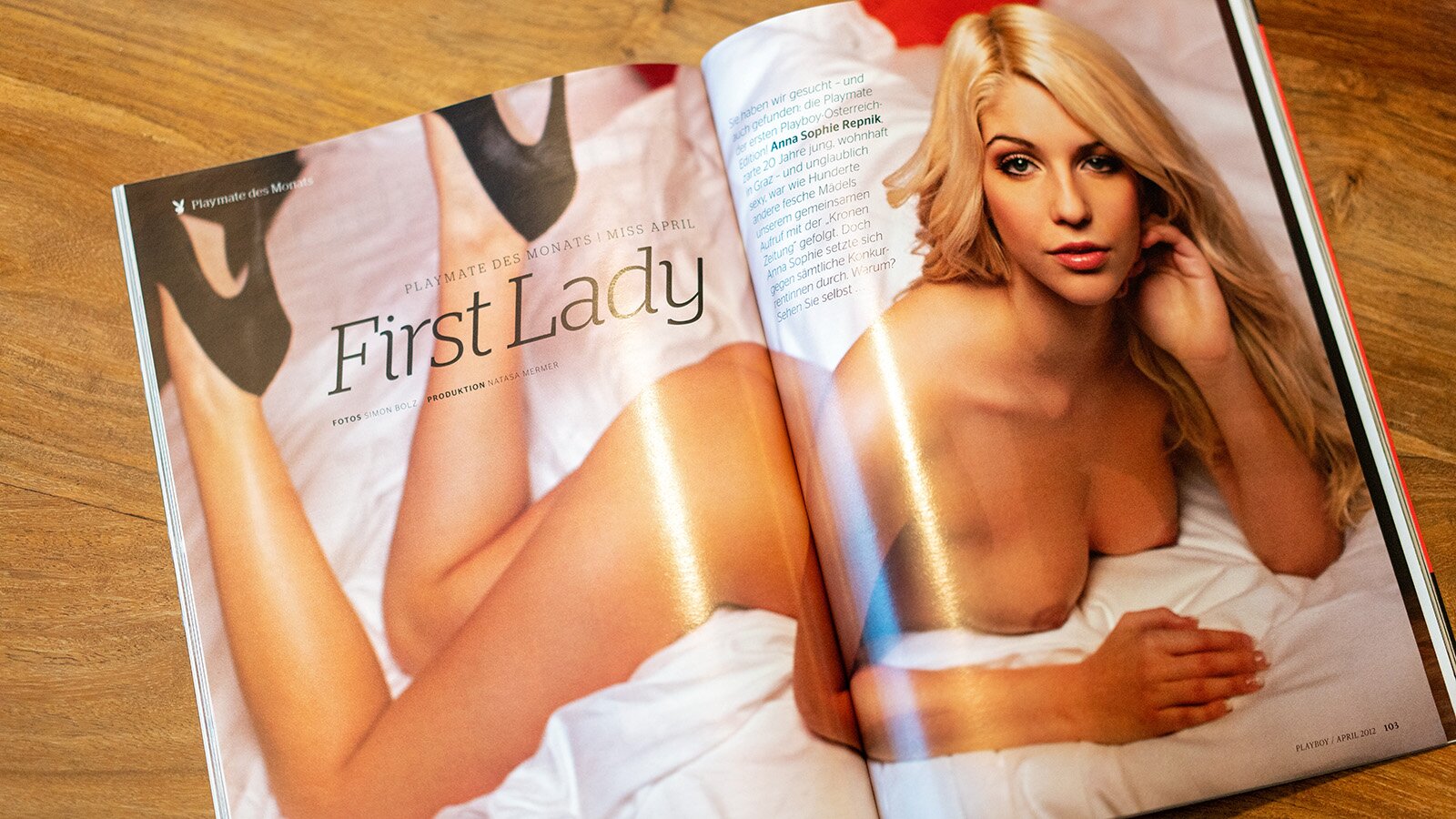 Celebrating my 10th anniversary with Playboy

Valentine's Day doesn't have a big tradition in Germany and therefore doesn't mean anything to me. But on the 14th of February exactly 10 years ago something special happened and I have great memories of it. Six months after my job interview in the Munich office of the Burda publishing house, I flew to the capital of Austria for my very first production for Playboy.

It was bitterly cold in Vienna. Not many people were out on the streets. At minus six degrees Celsius, it's simply more comfortable to stay inside.

With my bulk baggage full of light stands and reflectors, I grabbed a taxi. The driver thought, these were my ski and asked me how the snow was in the mountains. I would have loved to tell him, I was going on my first production for Playboy, but I was on a secret mission and not allowed to speak to anyone about it.

I was the first to arrive at our hotel. Rooms were prepared for the entire team and our names were written on chalkboards by the door. A very warm welcome. My room was huge and the boutique hotel was very well furnished.

Ten years ago, productions were still quite big. The team included my assistant, a makeup artist, the Playboy production manager and myself. On the second day of the production, there was also a camera team with two people as well as the press manager of Playboy Germany.

I had often worked with makeup artists before, but usually they only made up the model and then left. So during the shoot, the atmosphere was a lot more intimate with only the model and me. I actually had never even worked with a photo assistant before.

But now, I had to deal with even more people around me. A situation I had to get used to.

It's a tradition at Playboy that Playmates are the girls next door and they strip for the first time in front of the camera for Playboy.

There was even a public casting a few weeks before our shoot and I was reading in the newspaper that I was a star photographer. This felt flattering but also quite odd considering that I first had to prove myself and was far from being known.

When we began shooting on Monday morning, I had to hide my own nervousness and give Anna a sense of sovereignty and fun so that she was relaxed in front of the camera and we could produce sensual images.

It's not always easy, but after a few hours, everything was in a flow and time actually flew. I was well prepared (as always) and had many poses and setups planned ahead. I really wanted to make sure, I can deliver the pictures, Playboy expects from me.

Luckily, Natasa, the production manager, encouraged and supported me by saying: "Just photograph like you always do. Don't try to produce differently for us. We like your style."

Having two production days to do it, made things easier. We worked our way through the hotel, shot in different rooms. With four-poster bed and free-standing bathtub. And even in the lobby. After day one we had completed the compulsory part, so that on day two I could take care of the freestyle.

For example, we took photos in the elevator. I felt a little sorry for the other hotel guests. Because we had taped the light barrier and blocked the only available lift for half an hour.

It was particularly good that Anna persevered so tough. The elevator stopped outside in the courtyard and as I said before, it was below zero. I wore a thick down jacket when taking photos while she was in underwear only.

I am also particularly grateful to Rene de Haan. He is an experienced Playboy photographer from Holland, speaks fluent German, and assisted me on my first Playboy shoot. I was able to learn a lot from him and he supported me with all light settings.

I'm not a huge fan of flash, but you can't do without it in a hotel room in the middle of Europe in February. And if the room is big, you need two flashes.

Ten years ago the technical aspects of lighting were also different. The flash system was wired, which means we always had to do quite a bit of tricking so that the cable didn't run through the picture.

I did not only take photos. At my own premiere I also gave my first television interview for Playboy. It was all very exciting.

So many images to choose from

And by the end of day two — even though I had taken almost 1,800 photographs — I was so exhausted and felt empty that I didn't even know if the production lived up to Playboy's standards. It's often the case that I think it could have been a little bit better. We could have done a few percent more.

But in the end we had far more great output than what was actually needed for the 12 pages pictorial. Playboy was happy with my work.

Not only was it Anna's first time and my first Playboy production, but the pictures also made it into the first edition of the Austrian Playboy. Three premieres at once.

I am very thankful to Playboy that I was hired for this production ten years ago. A big thank you to the whole team!

What makes me even more happy than this first booking is that since then I have been producing one to three pictorials for Playboy every year.