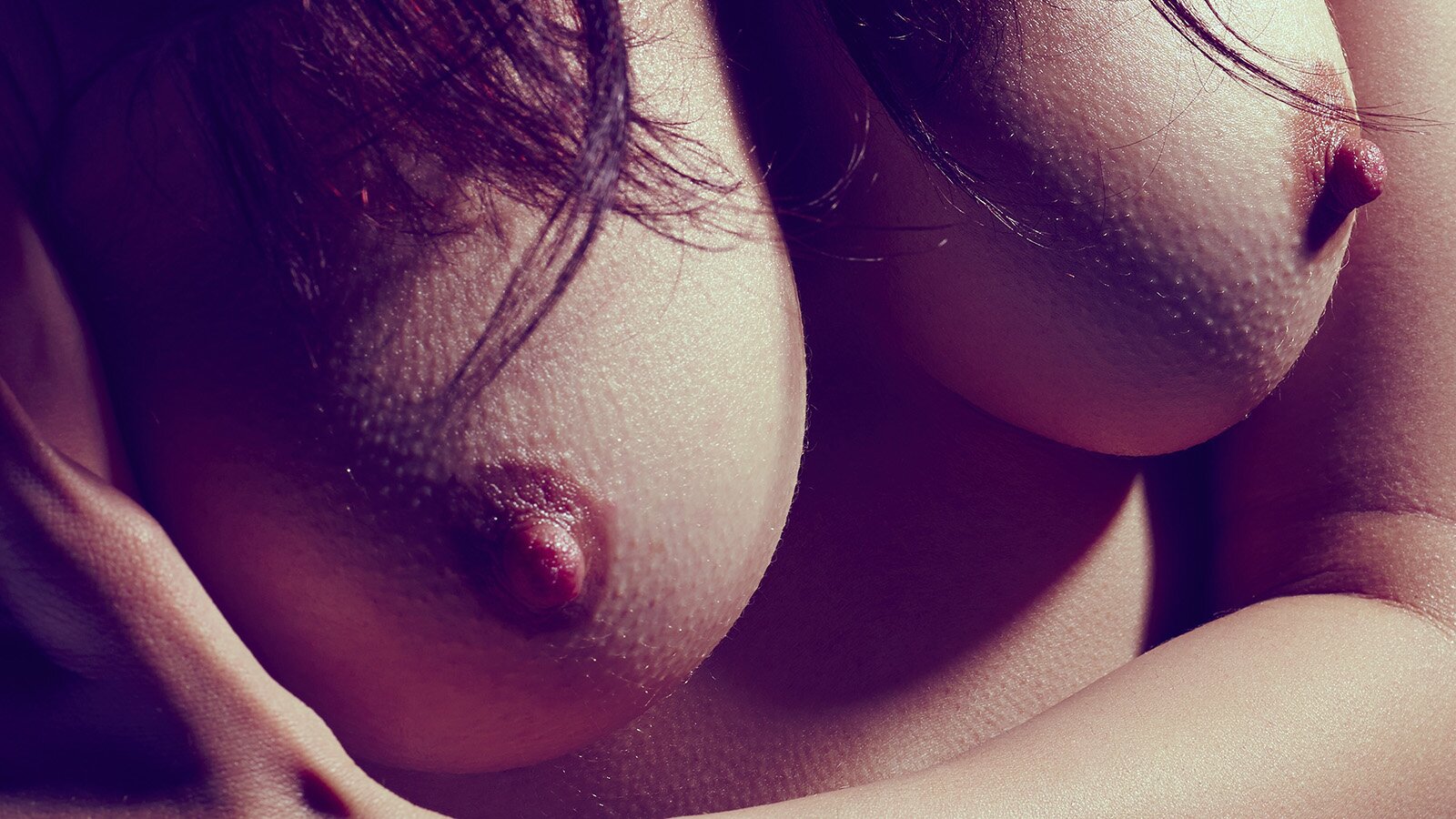 How important is the truth?

I have photographed many women naked. Women with small breasts, with large breasts, with flat and bulging décolletés. The question never arose for me as to whether what I was photographing was real or not. But I keep getting asked that question myself. Why?

I try to discover grace in women and bring it out in my work. So in my eyes it's always about beauty.

At the sight of a large bosom, a readiness to mate is apparently signaled. This is an attempt to explain why large breasts are more stimulating than small breasts.

In Europe, the female breast is of great importance. In other parts of the world, a big behind is far more popular.

But for us it's the chest. I can report this quite subjectively from my experience. Photos with big breasts sell better. Sometimes I think that's a shame, but that's not what this article is about.

Can you spot silicone breasts?

Whether a breast is real or not can be seen very easily in the supine position. A plump silicone breast will always stand up vertically by itself. A large natural breast will look flatter lying down than it does standing up. But there are also very naturally made breasts that are not fully inflated. Here it is practically impossible to distinguish them from a natural breast.

The hormones also have a big impact on the breasts. Changing the pill, for example, can change the hormone level so much that the breasts grow by a whole cup.

So the question remains: Does ist matter?

There are many reasons why women have breast surgery. Sometimes they have been disadvantaged by nature and suffer as a result. It may be pressure from outside, social pressure, but it can also be one's own aesthetic sensibilities that are hurt.

This is a very individual and personal question and I don't think that strangers should interfere here.

Sometimes there is calculation behind breast surgery. A model with large breasts sells better, as I have already described above. Is it reprehensible to want to secure one's livelihood as a nude model?

Or a body has changed so much after pregnancy and breastfeeding, for example, that the breast no longer looks as beautiful as it did before.

Personally, I am neutral on the subject of breast surgery. I don't rate a natural breast as more beautiful than an operated breast and vice versa. It just doesn't matter to me. This is a private matter.

I think men are free to consider whether they should ask the question of whether breasts are real or not.