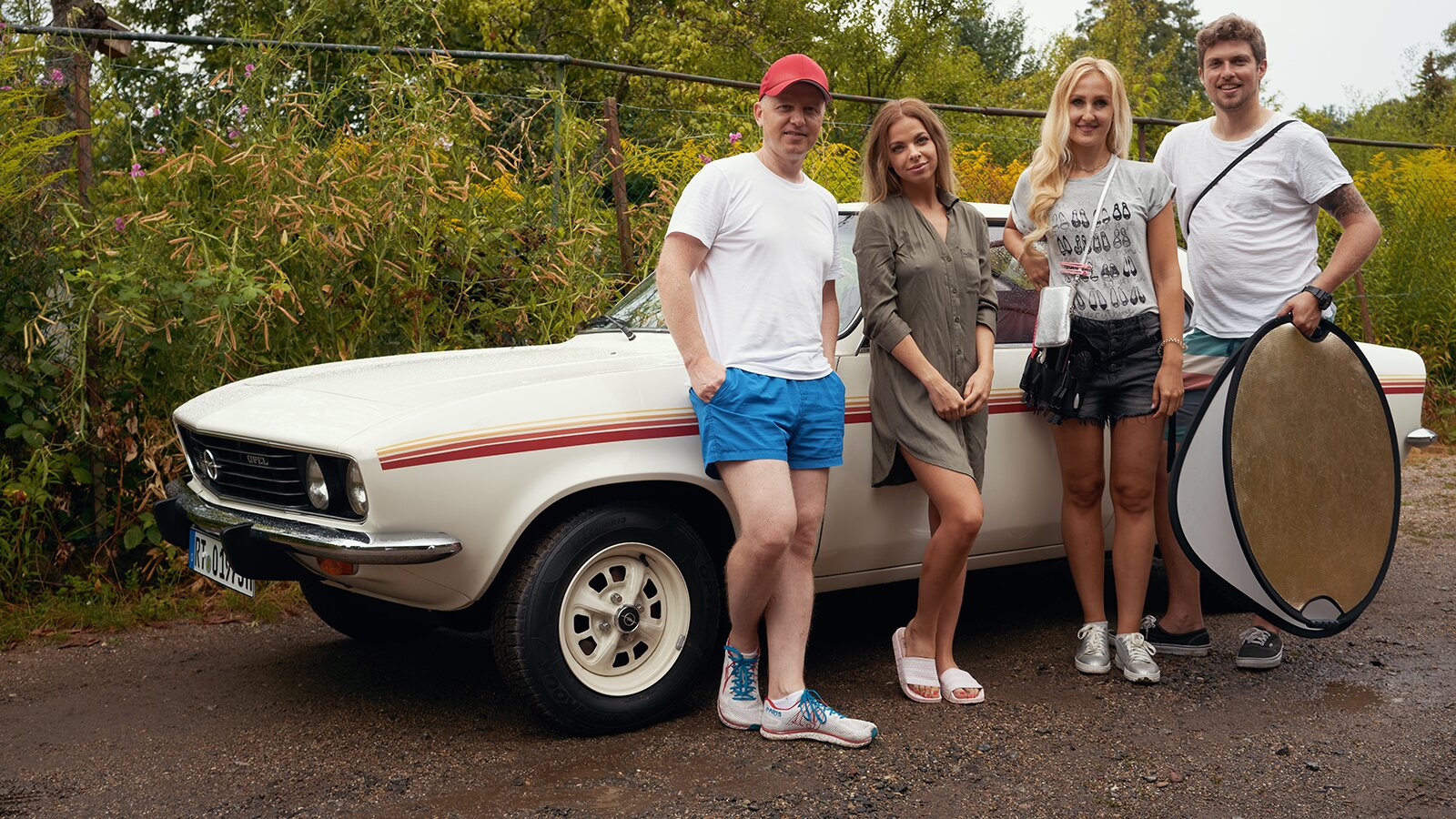 The November issue of Playboy Germany is out now. And it is featuring an Opel Manta for Playboy Cars. I was asked to shoot the story and it felt like traveling back in time: childhood memories.

In my neighbourhood there lived a few show-offs with tuned Opel Manta cars. They had the mandatory fox tail on the antenna but besides that I am a small bit too young for having strong feelings about this car. I was astonished to hear, they are already celebrating 50 years of Opel Manta. Time flies.

I wanted to take the photos in surroundings that sort of match the year 1975. Because this was the year of the model I photographed for Playboy. A special edition of the Manta that was called Swinger. They did not refer to the swinger clubs, though from today's perspective, it is quite a fun name.

Hermann, the owner of the car, drove a few hundred kilometers only to come to Frankfurt for the shoot. A big thanks for this! Normally, such a car is not being driven during rain. But our schedule was tight and as luck would happen, just in the morning of the shoot, a severe thunderstorm took place. Shooting-wise the conditions weren't the best. We left the sunbounce in the trunk and used an umbrella instead.

There is quite a cult around this car. It became super popular after the movie Manta, Manta (1991) with Til Schweiger. And as the car was more affordable than a Porsche, but highly versatile in customizing, more and more young people bought it. A success story of a German muscle car.

Why do mantas never drive in fog? Because nobody sees them there.

I was surprised to see how different this older version of an Opel Manta looked. The seats were really beautiful and the Manta logo was nice, too. For more photos of the car, background stories and images with the beautiful Leni inside the Opel, check out the November issue of Playboy. At newsstands from now.