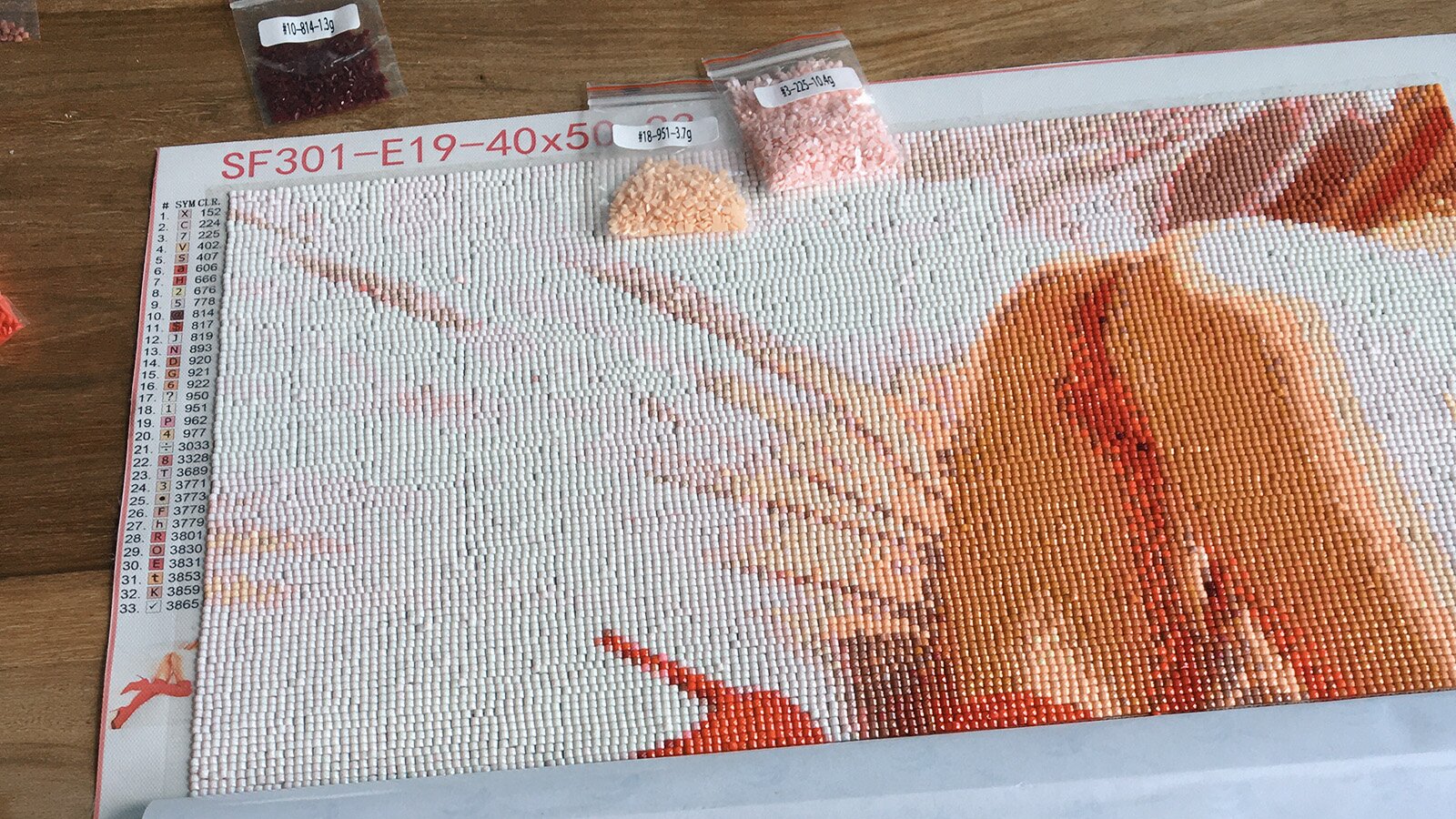 During the lockdown in May I decided that it was the perfect time to work on an experiment. A year before, I had made notes about several techniques to re-produce images. One of those were the so-called diamond paintings. So a big do-it-yourself project started.

A diamond painting basically is a grid on a self-adhesive film where you place tiny plastic diamonds. There were 33 different colors and 32,000 stones altogether. Each stone is approx. 2 x 2 mm in size. This means, you need a lot of patience to finish the whole painting.

When I discovered that it is possible to get your own photograph turned into such a DIY project, I figured, it could be a nice prop for a photo set I might photograph in the future.

And so, I began. Those stones are really tiny and after a few hours you feel you will never be able to finish it. It also takes several days until you get an idea of how the picture will turn out.

After a few weeks, I could tell, this was not turning out as good as I had imagined. The colors were off and it seems they have censored my originally uploaded photograph.

Daria did not have a red fabric between her legs when I took the original photo. Was this censorship done on purpose? Or are they just bad with their color palettes and cannot match skin tones?

As there are thousands of colors available, I doubt it was a coincidence, but why bother, I said to myself.

And even though, it was a whole lot of work, I knew, I wanted to finish the project. Simply to prove myself that I don't give up. It also is kind of a meditative work. And I spent around one to two hours on it every weekday. Overall, it took me 9 weeks to finish.

Was it worth it? Certainly not. Do I regret it? Definitely not, either. I enjoy trying out new things and learning to look at photography from different perspectives. And sooner or later, I will see, if this framed diamond painted photo of mine will be in the background of one of my photo stories.