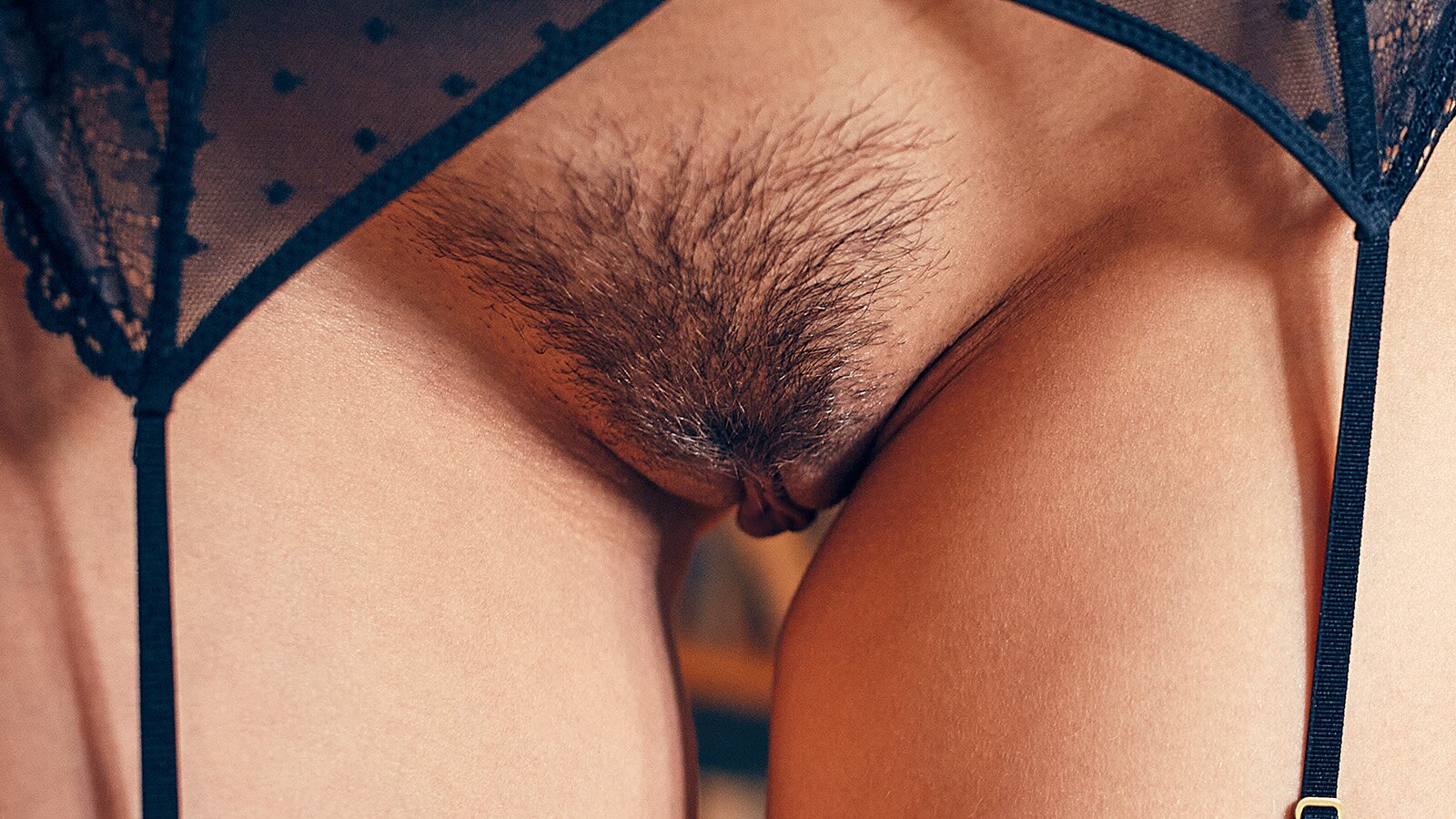 To shave or not to shave

Dermatologists say it's more hygienic to refrain from shaving. Pubic hair protects sensitive skin and traps bacteria before they enter the vagina. But this is not a medical blog, so the question is if pubic hair is good for photographs. Let's discuss.

When I was in art school in the late 90s (last century sounds really long ago), the nude models we were drawing had quite a lot of pubic hair. To me, this felt surprising. Because the trend back then was to be shaven completely.

One day, a model even had pubic hair up to her belly button. Full hair. This was shocking to me, but I was young. And today, such a thing would not shock me anymore. I also was the only student that was shocked by the amount of hair she had which felt even more shocking for me.

Back then, I was pretty much enthusiastic about shaved pussies. But since I have started photographing nudes, I prefer a bit of hair. Not that it really matters to me. Just if you asked me for a preference today, my answer would be pro hair.

The reason for that could be that pubic hair in the middle of the body helps structuring the shape. It helps you to see from a distance where the legs end. Or it makes a photograph look less sexual, more natural. But I have to admit, I don't really know. Is a hairy look more or less innocent?

Some refer hairless crotch areas to teenage girls. This would make the look definitely innocent. Others say, hair hides the pussy lips. This makes the whole appearance less arousing, right? So, I cannot answer the question which look is more innocent. It probably is just a temporary fad and for the majority of people there are no second thoughts.

Years ago, I followed a discussion where a woman said, shaving is unnatural and pubic hair finally makes you look adult. Distinguishes you from children. But then, the same would count for beard growth. But you don't need to wear a beard to look grown-up or male, in my opinion.

In the end, this is all a highly subjective evaluation. There is no wrong or right.

Today, shaved private parts among both women and men are quite common. For me, this has not much to do with sexuality, but with practicability. It's simply easier to wash. Same as with shaven armpits.

You wouldn't care about the length of the grass when picking an apple off a tree.

But there certainly is a preference in today's society, you could imagine. Is hairy or shaved more popular?

Asking this question leads to many fun answers. From "I prefer them the way they come from the factory" to "I wouldn’t scorn a woman for having a pussy that looks like she has a cat on her lap".

A female model recently asked herself the same question, so she made a poll on instagram and from the hundreds of answers she received, 52% were pro hair, 48% preferred bald pussies.

I would call it a draw.

Personally, I prefer to have variation in my photographs. So, I am happy to work with women who have pubic hair of all kinds or who shave their pubes. It simply doesn't matter. Maybe, a landing strip is a popular compromise in 2020.

But I wouldn't be surprised that with body positivity being promoted among women, we will see a full bush in future nude sets more often again.