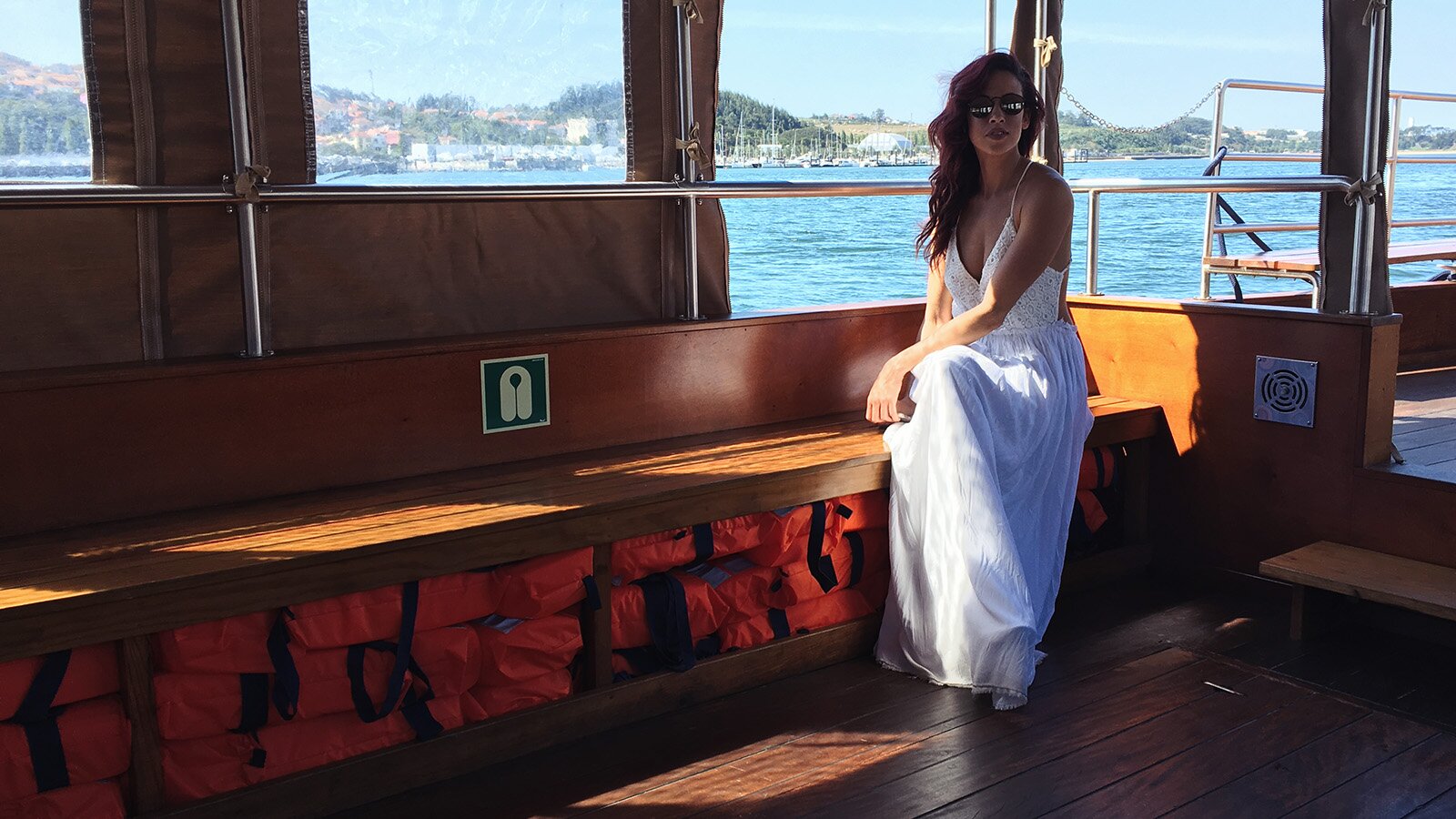 Sometimes things don't work out the way you planned them. Either it's the weather or the location. Both have such a big influence on the shoot that it is always good to have a plan b. But let us be honest. Who prepares a plan b when it is unlikely to happen? I didn't. And the location became a huge problem.

Clara is a dancer. I like strong women with strong expressions. Dancers know their body very well. They know how to move and how to strike a pose.

I managed to find a blue Ferrari in Portugal that we could shoot with. A great guy called João organized this for me. It is a good idea to hook up with locals when you need a special location or have something unusual in mind.

Shooting nudes in public spaces in Portugal isn't as easy as it is in Spain. So, I wanted to make sure, not to get into trouble. João and I drove to a very noble restaurant the day before Clara arrived. He introduced me to the owner of the place and asked if I could shoot on his parking lot — undisturbed by other people.

The owner agreed and we were to be at the location at 7:30 am the next morning.

A blue Ferrari in an unusual spot. Right after sunrise. What could possibly go wrong?

When the taxi took us to the location, I was on fire. Because I imagined this to become a great shoot. But the gate was closed. It was a huge gate. No way to get in. I checked on Google and it said, it should be open at 7:30 am.

We waited. 10 minutes. 20 minutes. Another 30 minutes. I rang different bells and made a few phone calls.

Another hour later and the gate wasn't unlocked yet. In the meantime, staff from the restaurant had arrived. There was a line of cars waiting in front of the gate to get in, now. Clara was pissed. So was I. And the owner of the Ferrari. Everybody was waiting.

At 10:30, the guy with the key arrived. He unlocked the gate, kept his poker face, didn't bother the long queue and disappeared again.

We didn't have the parking lot by ourselves anymore. I took a few snaps, but the mood was gone. We didn't get into the flow. I knew, this was not going to become part of Sublime.

I felt disappointed. A shoot I was very delighted about had just failed.

Help! I desperately need a plan b, please!

As luck would happen, I managed to come up with an alternative idea for the shoot. Instead of photographing outdoors we moved to an inside location. It was beautiful and as we had taken a long break (to implement plan b), the evening sun came through the windows.

It is always a pleasure to have lovely furniture when working indoors. Not only a pleasure, it's kind of mandatory, I think. Both architecture and furniture, the whole interior design, adds to the mood of the photographs. Makes them look old fashioned or modern.

And with this location, I was able to discover different shooting angles and come up with unusual ideas. When I saw those two armchairs, I asked Clara to slip between the handles. Thanks to her flexibility as a dancer, this worked out. And already in camera, I was imagining this as a spread page. It looked so beautiful, I was delighted again.

Plan b had worked out.