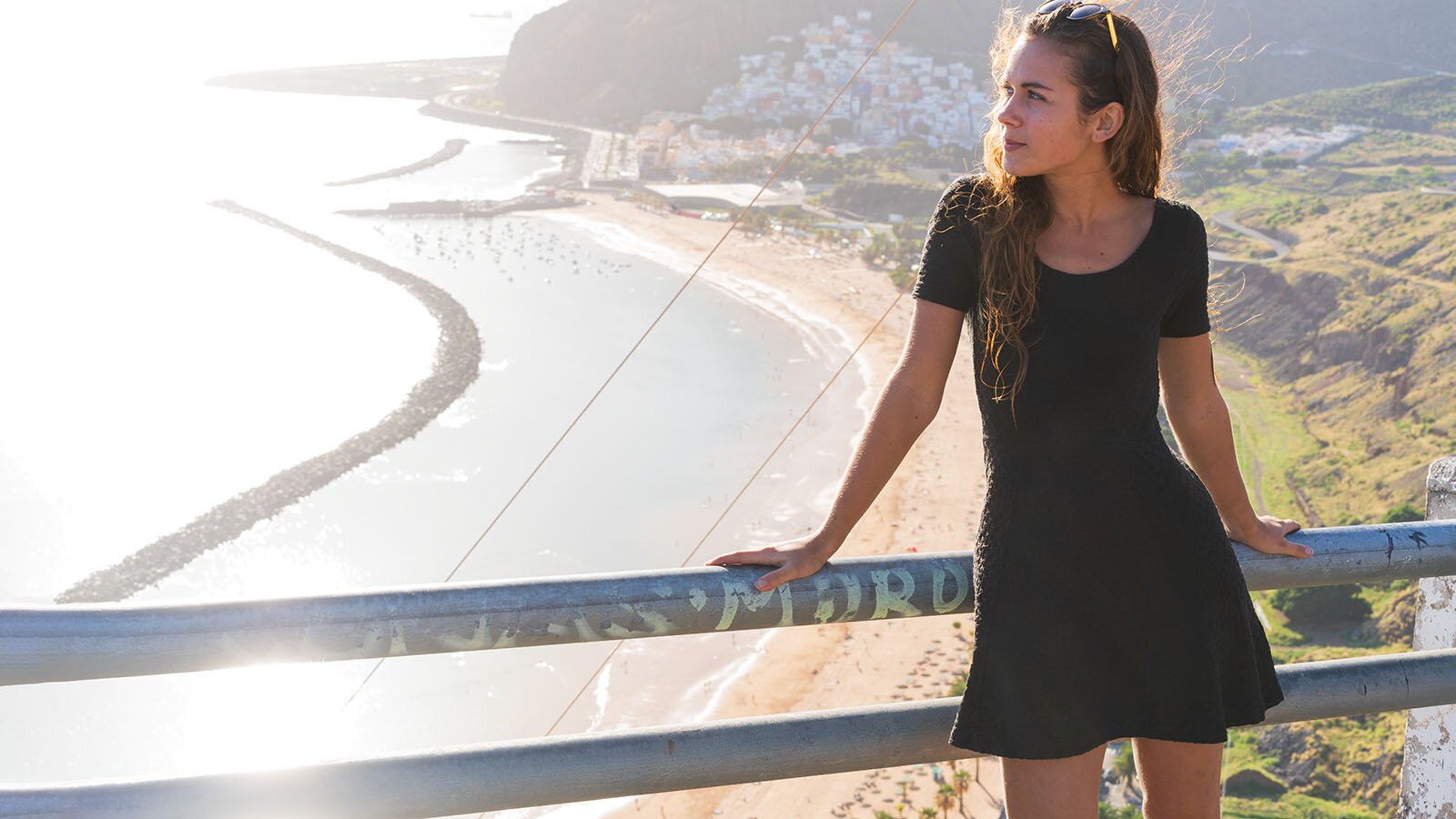 Yesterday, on the treadmill in the gym, I decided to write a few tales for my blog. The stories of Sublime. A little behind the scenes to all the 30 pictorials that are in the book. Whether you own a copy or not, I hope this will be a bit entertaining. A deep insight in the photo productions for my latest book.

My brother-in-law came over and we chatted a bit. I don't know how this began, but he mentioned naked yoga. Naked yoga? As I am always looking for new ideas to incorporate into my pictorials, I figured, I should give it a try. So, I brought a yoga mat with me, when Sabi and I flew to Tenerife.

In June 2016 I had met Sabi in Prague for the first time when shooting for my calendar. I was blown away by her gracefulness. She is such a sweet woman. Very down to earth, intelligent and powerful. Self-confidence is what I look for in a woman. She has this inner peace but also a big portion of youth with pure playfulness.

I paid a lot of attention to the selection and order of images and pictorials in Sublime. But I wasn't producing the stories for the book in chronological order. So, I simply flew to Tenerife with Sabi to produce nice photographs and did not know beforehand which ones were suitable for the book. This helped me to release the pressure and to losen up myself, so I could create a nice and relaxed atmosphere on the set.

Arriving in a warm breeze in November does the rest. We just had a smile on our faces and couldn't get rid of it.

Personally, I believe in a learning curve. And I think that I profit from every shoot that I have, simply because I learn something about myself, about photography, about human beings, about life. This time, I have discovered that it is always a good idea to include a house as a setting in your story. This makes a theme just so much more believable. Other than a woman who stands naked on the street or something. And it is easier to photograph nudity in a protected environment, too.

Sabi is vegan which was good to know in advance. So, we planned our meals accordingly. On day one, I cooked us a pasta with black lentils spiced with tomatoe and harissa. One of my favourite pasta sauces. Tastes better than a meat sauce.

And the next day, Sabi prepared a mushroom risotto for us. So delicious.

There is always a certain amount of images that I envision to take. I am never unprepared and create mood boards with example images, poses and expressions before every single shoot. Still, it is important to me to remain spontaneous. I want to try out new things and experiment, always hoping that it turns out nicely.

But the naked yoga story wasn't as big as I had imagined. Noone is to blame. So the image you see here as an outtake, was simply not strong enough in my believe. It's an ok shot (out of camera), but nothing more. And so we continued to shoot some other ideas. 733 images and 15 video clips.

When shooting nudes, there has to be a lot of trust between model and photographer. It is not that difficult when you are working with me, because I am calm and not the bad boy type. But still, it is super important to me that both the model and I get our privacy after work. So, I had rented a house with separate bedrooms and after dinner until the next morning we had time on our own.

Unfortunately, work is not over then. I have to backup the pictures, look through them to check what is good and what I have missed and charge the empty batteries.

But when the shooting days have passed — and this is I have learned as well — you have something to remember forever. When things are getting stressful during a shoot, this is what I try to recall. It's not only work, you create memories that last — for yourself and for your audience.

The spirit of the story we photographed in the villa over these two days was so much like a holiday that the song line "I got sunshine in my pocket..." by Justin Timberlake came to my head. Everything was so positive, the atmosphere, the weather, the surroundings. So, this series was ideal to make the first seven pages of Sublime to get you into the mood.