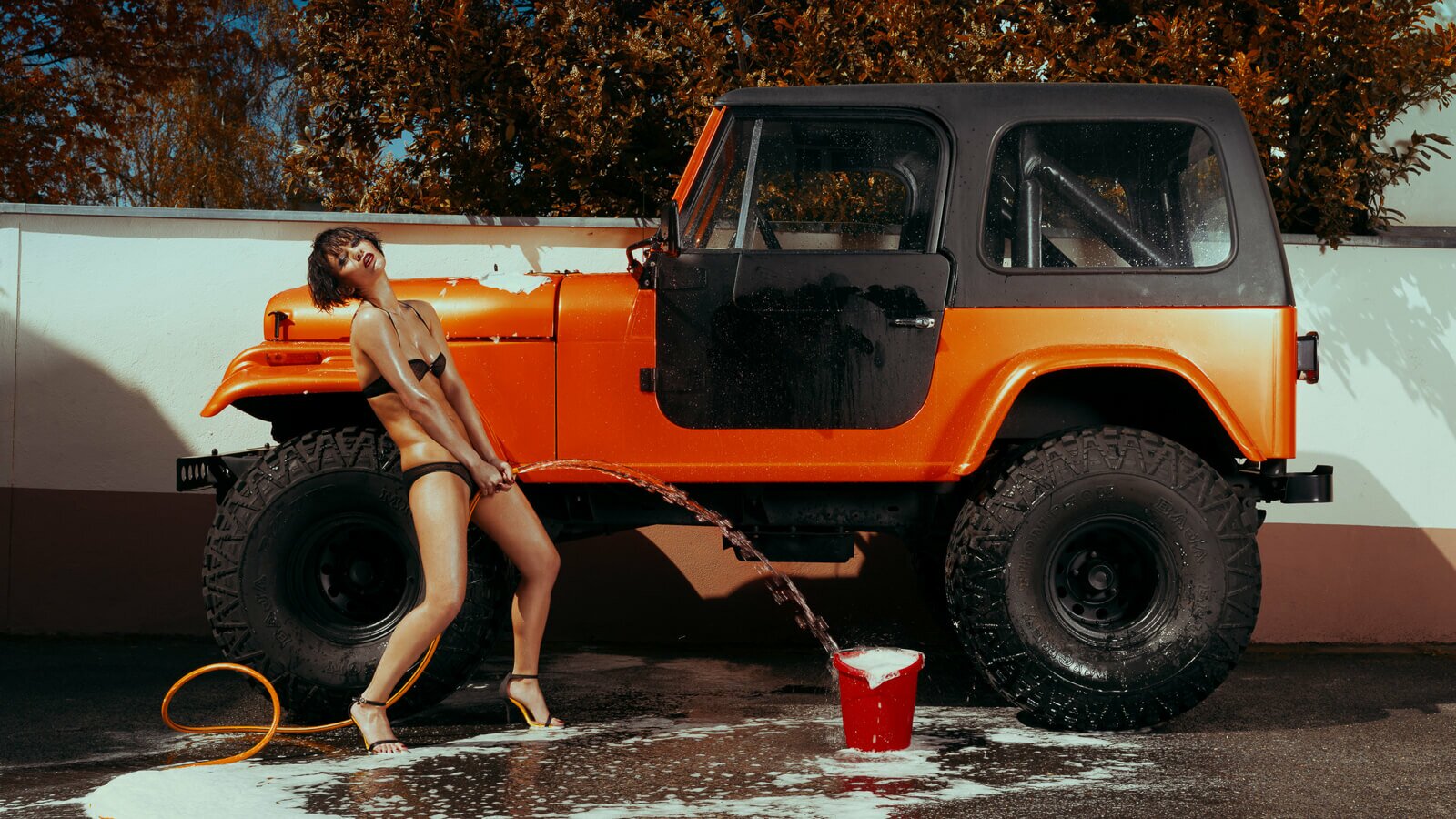 Even though we only live four and a half miles apart from each other we had never met. I decided, it's about time for a change and cycled to Hannes. We sat down for a couple of hours and spoke about his vision on photography.

As if controlled by an invisible hand the wooden gate of his house opened and there he walked towards me: Hannes Windrath. Long hair, held together by a baseball cap, fully tattooed arms and a pack of Marlboro in his hands. He was shouting out a salutatory North German "Moin, moin". Knowing nothing about Hannes, by his looks I had judged him to be a skateboarder. I was close. Friends were photographing him while doing tricks on his BMX and he decided to buy his first Canon camera. This is how he started becoming interested in photography.

He claims to always need to buy the latest gear. So soon after having owned his first dslr, he bought portable flashlights and experimented with other camera brands. As he was in debt due to his new acquisitions, Hannes decided to have to earn money with photography. He started out as a party photographer where his agency attested him to have skills of a fashion photographer already.

This was a high motivation for him to move on and the crazy gogo dancers of the famous Cocoon club in Frankfurt acted as models for him. He tried out many wild shots with them and this nightlife experience helped him to perfect the use of flash light. The gogo dancers were very extroverted as you can imagine and not shy to move around, which was a great way to gain experience in working with models, Hannes told me.

A good model understands my ideas and can engage herself in role-playing.

I was interested in finding out how Hannes photographs, what his daily routine of work is like. But it turns out he is a devil of a fellow. Always interested in trying out new things, thinking out of the box. He loves both digital and analogue photography, classical and trashy posing, the use of photoshop and leaving images completely natural, working with flash light, ambient light or a mix of both.

So it is difficult to put him in one special category. Something that we – especially in Germany – like to do with people. I could fully relate to his thoughts wanting to move forward while looking left and right constantly.

I asked Hannes, if there was any celebrity he'd like to have in front of his lens one day. He took a sip of his beer and answered 'Kate Moss'. You can tell she has gone through a lot of things in life, but still has so much charisma, there's a certain aura of beauty surrounding her.

When we spoke about how it is on set with him as a photographer, he admits that lately he is more into working with models one on one. No stylist or makeup artist, only a bottle of suntan lotion for the model. It smells of holiday and gives a nice and shiny skin.

Personally he is into little to no make-up for his personal projects. Of course, it's different when working on productions for a magazine. There he is experienced with stylists and make-up artists and also photographs tethered.

Currently, Hannes is shooting with a Sony A7RIII. Always wanting to possess the latest gear, he was one of the first to own one. He is amazed by the faster autofocus and was happy that finally a second card slot had been introduced.

I asked him, how many photographs he takes during a shooting. Often he sets his camera in serial shooting mode at medium speed. Once you release the shutter, it takes three photos at a time. So he ends up with having up to 3,000 pictures to go through after a shoot. But he rather has more photos to choose from than having missed a certain moment on set.

A photo captures the mood between model and photographer.

To create a good atmosphere is important for him. A photographer has to react to the model's character, Hannes believes. It's fundamental that the model feels comfortable while they shoot and Hannes is trying everything to create this atmosphere. From playing soft and chilled music, to slowly starting out by giving commands and then afterwards trying to capture the way of life and emotion he sees happening in front of him.

He balances out the amount of commands he gives to a model. When giving too many instructions, it leads to insecurity of the model and you can see that in photos. If he succeeds in achieving a flow, anything goes.

Inspiration is everywhere. You need to walk through life with your eyes wide open. When watching movies with his girl-friend, he takes good care of how they set the cinematic light, how they created the story and what their color grading was like in post production. It's mandatory to be open to other points of view to move forward as an artist.

It was very interesting to speak with Hannes and I am very much looking forward to following his path and enjoying his work in the future.

Born in 1983 and raised in Hamburg, Hannes lives and works in Offenbach, now. He is enthusiastic about photographing people — from fashion to glamour.