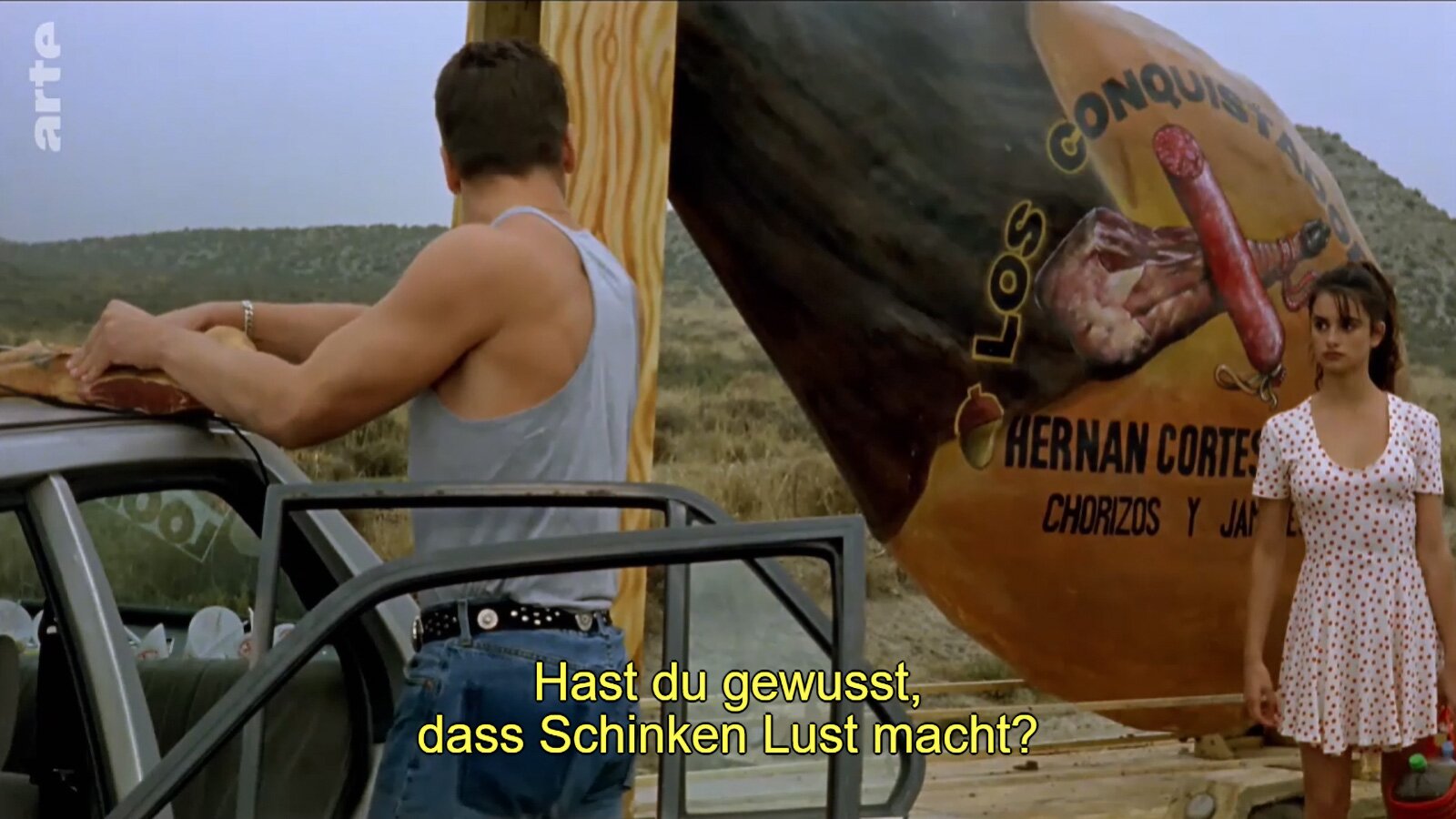 I have been a secret fan of Penélope Cruz for many years. I am fascinated by the way she plays, because she seems completely authentic. At the same time, she embodies what I always try to capture in women: Pride and strength. Without losing her femininity! One of her first films is called Jamón, Jamón and it is now on arte.

For a long time I tried to get hold of this film. It was only released on VHS tape in Germany. And even I don't have a video recorder anymore. I neither could find it on DVD nor in streaming.

That's why I was blown away when I saw that arte was showing the film. And I immediately watched it. It's in the original Spanish version, but it's spoken so fast that I wouldn't have understood anything without the German subtitles. Maybe "te quiero", but that's all.

But back to the film and why it is a true inspiration for me: The film has an intensity in the acting, something so raw and real that I like it a lot. Not only the 18 year old Cruz, but also her now husband Javier Bardem (then 23 years young) manage to embody their roles absolutely convincingly.

The reduction of the scenery creates a fantastic strength. Exactly what I always try to do in my photo series as well. When I drove past a promotional bull near Alicante a few years ago, I immediately thought this would be a great scene for a shoot. And lo and behold, it appears in the film.

So from me, a clear recommendation. Jamón, Jamón is a must see movie. And many, many thanks to arte for the great program selection!