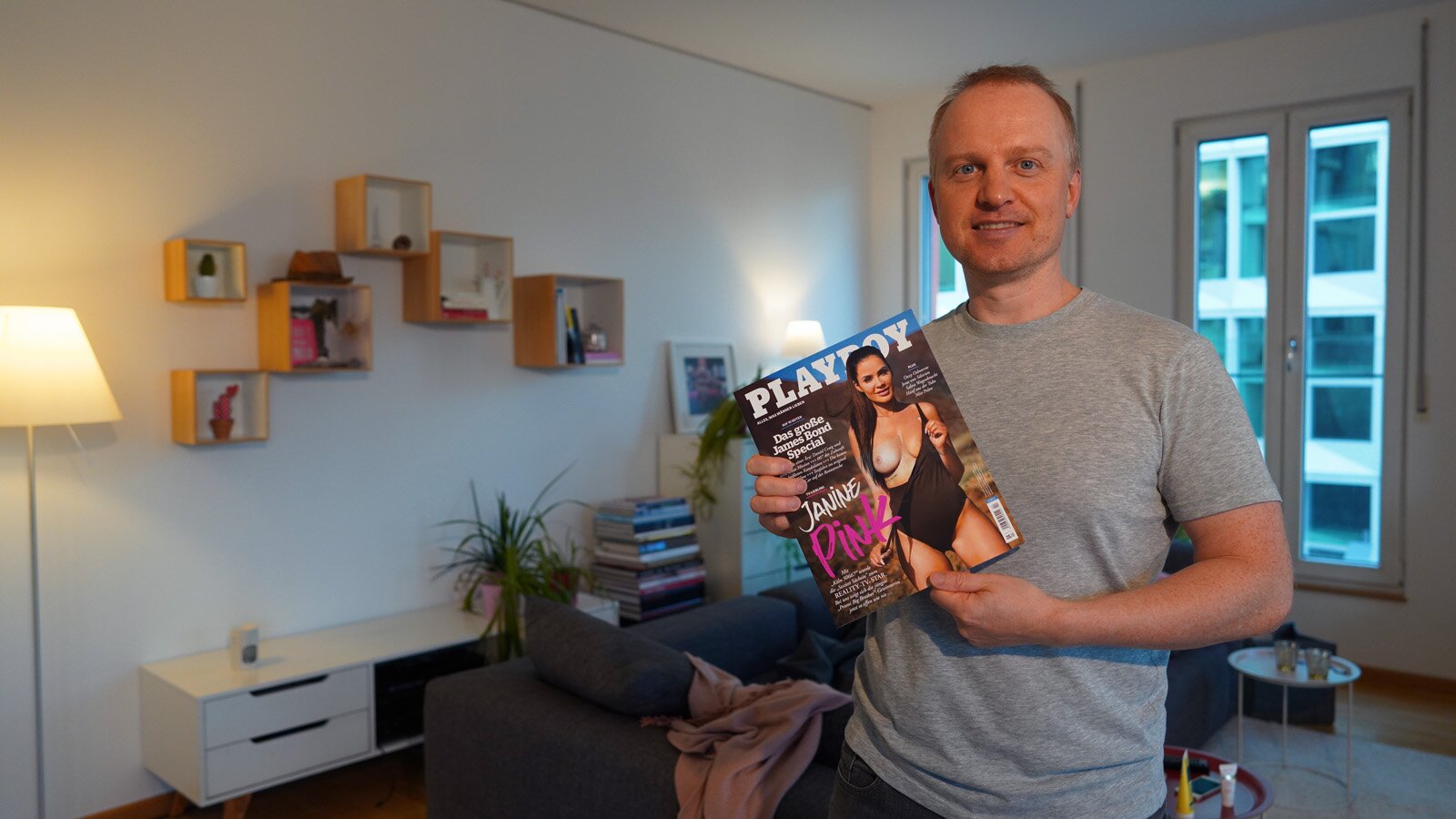 Being a Playboy photographer is the best thing that ever happened to me work-wise. With these words, I would like to announce the April issue of Playboy Germany. The pictorial of Playmate Jessica Witmann, a 12 pager plus centerfold, was produced by me on a sunny island.

With over 3,000 hours of sunshine per year, Fuerteventura is a paradise island all year round. It allows you to work on outdoor photo sessions even in European winter. Through my work for my books Frisky and Sublime I know my way around on the island and was able to plan the production ahead.

And it is always lovely to get back there. The brightness of the days in January feels amazing. You feel alive again. And this goes for all among the team. We had almost no clouds, but even with the harsh sun, it was all manageable. I brought both, sun swatter and reflector which made us quite independent from the weather conditions.

You might imagine, there are professional models posing for Playboy. But it is the opposite. The Playmates are usually first timers. Like the girl next door who dares to go naked for the first time in front of a camera. And so, it was the first time for Jessica to be nude in front of my camera, too.

Luckily (and to my advantage) Jessica wasn't shy at all. She actually was a bit cheeky and talked a lot. And so, even some of the very first images I took of her, made it into the magazine. No warm-up time necessary.

People in Fuerteventura are easy with nudity. One guy even invited us to photograph in his garden. In Germany I am used to getting turned away, but in Fuerteventura there are very friendly and open-minded people. This made us happy during the production.

I told the team to enjoy the production even though we got up early and worked long hours. Because while you are doing the shoot, it all might feel stressful, but once it's over, you realise what a fantastic time you had. And this is what I remember now. Lovely days in the sun. Harmony among the team. And a hard disk full of wonderful photographs.

And if you ever wondered why it takes several days to photograph a Playmate series that has only 12 pages plus the poster, it's simply because we produce a lot more stuff. You can find the additional images in the online section called Playboy Premium.

Anyways, I would like to remind you to buy a copy of this edition of Playboy. It's on newsstands everywhere (even in every supermarket) from now. And in case you prefer the digital edition you can access it also, if you reside outside of Germany.

P.S. If you wondered, why I filmed the interview with Jessica inside the car, it was simply because the wind was way too loud on the microphone. I tried several spots but on a windy day, there's nothing you can do. I didn't have a dead cat for the tiny microphone and actually, you would have needed a big fur to filter the wind noise. So, I decided to film in the small rental car — and it worked smoothly there.