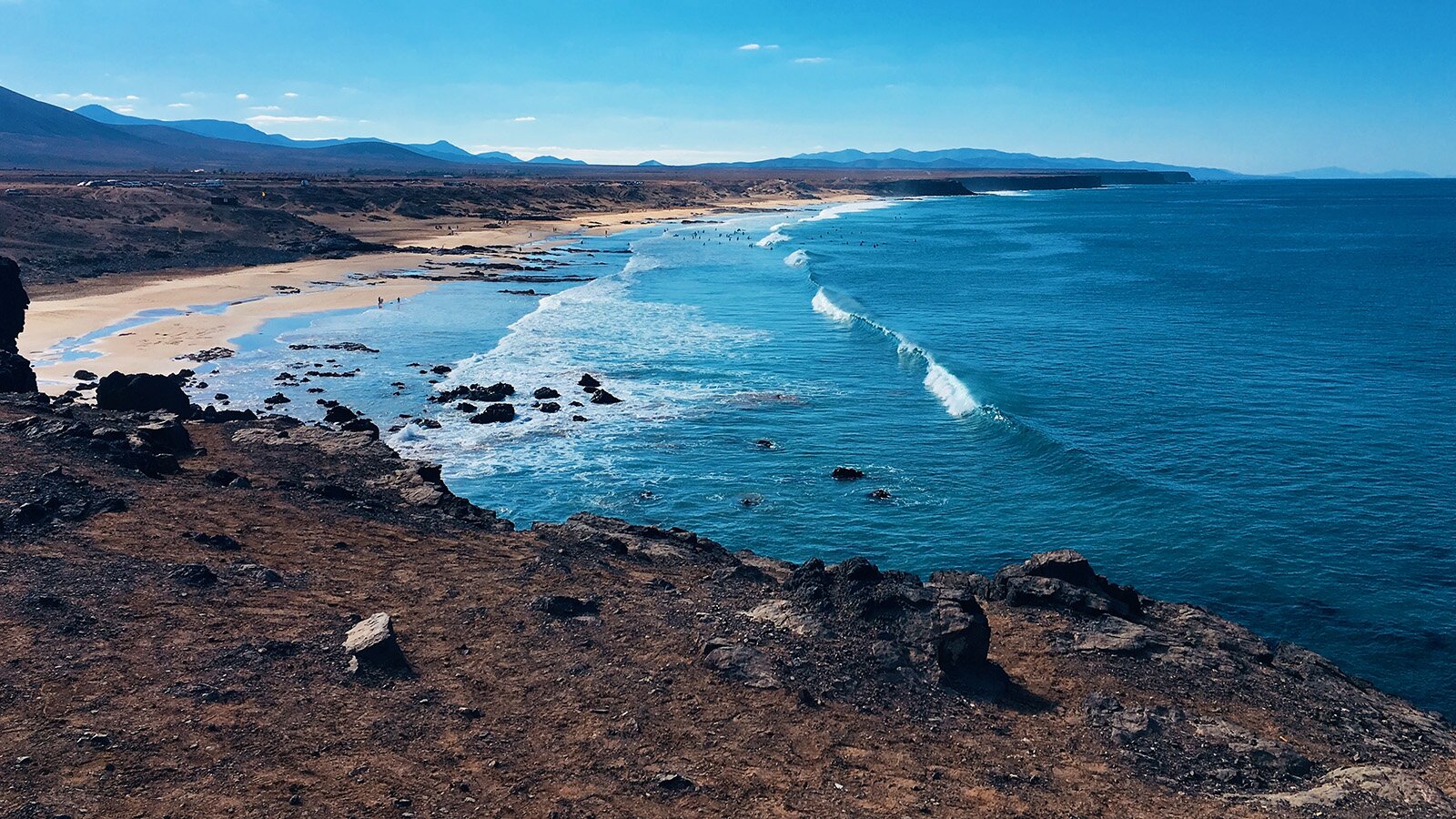 Looking back and forth

In twentynineteen again time passed quickly. Maybe it's just a sign of me getting old. Or it's due to the fact that I never get bored and always have stuff to do. This year, I only traveled sixteen times for shoots. Basically, I needed a break after the launch of my last book.

After such an important and large project, I felt exhausted and drained. Trying to get press coverage, trying to get accepted in book stores and especially wrapping every single book and bringing it to the post office personally – this is a lot of work and leaves not much room for creativity. Therefore it took a while until I re-gained my creative energy.

I was looking back on what I produced over the years, questioning myself and thinking about where to head in the future. One of my key principles is not to repeat myself too much and I strive for evolution.

I strongly believe that personal growth cannot be taken for granted. It is a constant process and involves a lot of hard work. I have discovered that I learn things on every job I do. And gaining further experience is something that really drives me.

It's not only an improvement of technical aspects, like how to work with light, for example. Also things like how to communicate with different people, models in particular.

For instance, I was told twice this year that I need to learn how to give compliments. While this was said in a joking manner, I believe, there's still some truth in it. Personally, I had thought my empathic capacity was one of my best skills. But see, there's always room for improvememt.

A photograph of a person always involves a reflection of the artist behind the camera. In theory I already knew this, but working on improving this mirror image is a big task. It kind of means trying to become a different person. But then you're acting, too. And another of my key principles is to always be authentic.

Many of my thoughts circle around the psychological aspects of working with people currently. But in a positive way. I just find the interaction between humans super interesting.

2019 began wonderfully with me working for Playboy Germany in Fuerteventura. I mean, what more can you ask for?

Kamila was wonderful and she has such a perfect body and skin, it made photographing her a lovely job. As often, I worked under pressure and knowing on set that the photographs you just take will be in print only ten days later, is an amazing feeling.

Actually, I force myself to think of those aspects during little breaks and I told the team to enjoy these moments as they form memories forever.

Not everything went smooth for me, though. Just when I returned from Fuerteventura, Instagram decided to delete my account without any reasons given or a pre-warning. There was no way to get it back. I know, it happened to many photographers and models before, but it still disappointed me very much.

After a four weeks break, I created a new account, but my followers were lost and so I only have around 2,000 followers now. As the amount of followers is kind of the currency of importance in today's photo business, I definitely feel very much underrated.

Instagram is a love-hate relationship for me. I love that I can communicate with models directly and that it is quite simple to discover interesting people there. But I hate the unfairness regarding what you are allowed to post.

I am not speaking about the blunt censorship. If it has to be that way, so be it. But even clearly censored photographs get deleted sometimes and you live in constant fear that your account might get suspended again. There are no rules you can stick to and this bugs me.

Besides the uncritical relationship of the masses regarding the platform and the clumsy presentation of bikinis and butts in leggings in my timeline.

Some women introduce themselves basically as cheap objects – only covered up. But the message is so in your face, I am seriously questioning their intelligence.

But the urge to get likes and the dull copying of common poses results in such images.

Enough for the negativity! June was a wonderful month when the Lindley Hotel finally was opened. It was awarded as one of the twentyfive coolest hotels in the world recently. And there are 110 photographs by me hanging inside the hotel. How cool is that?

Working on the Lindley Hotel photo project also inspired me to avoiding the well-trodden paths. And since October I finally have written a new and unique concept for a new photo book project. Of course, it's all a secret still, but I am very excited on beginning to work on this.

My first ideas are so big, I doubt I can finish the new book before 2026, but then again, I think that maybe this is a too long wait for my folks.

I will see how things go

As I won't begin with the project this year anymore, I decided to visit as many museums and exhibitions as I can. Feeding myself with visual food. And therefore I already have a good understanding of the art scene of today. Some of the modern stuff is so bad, I even feel betrayed as an observer.

For example, this is the feeling that I got when I visited the current exhibition at the Museum of Modern Art in Frankfurt. The building has a 90s architecture and is highly inspiring on the inside still. But the actual artworks in the exhibition are so boring.

I was so disappointed after seeing things like a box of Milky Way candy with a sign No. If I had proposed such a thing in art school, my professor would have sent me home to re-work on a concept.

Recently when I was sitting on a full metro train in Paris, I had the strong feeling of enjoying loneliness. And it came to my mind that there's lonesomeness when you are in nature all by yourself. And the same feeling can arise even if you're surrounded by hundreds of people. It was very interesting to observe. Is this spirituality? It sounds a bit like meditation. I consider this sensitivity to play an important role in my professional life.

I felt unhappy with my weight for a long time. Even though I eat healthy and do sports regularly, I never was in my desired shape. Being surrounded by slim models so often, this felt odd. Therefore from one day to another I decided to stop drinking alcohol.

I never was an addict, but like so many of us, I drank on a regular basis. A few beers after a successful job in a beer garden, two glasses of wine for dinner or a gin tonic in a bar. This all sums up to a large amount of calories.

So many calories that I lost 4 kilogramms of weight in only five weeks without changing anything else in my life.

Feeling so much better now, I decided to ban alcoholic beverages from my life. I will have a glass of wine, but only when there really is something to celebrate. Not on an regular basis anymore. This decision feels amazing.

As an avid reader of my blog, you will also know that I invested a lot into new gear this year. It really feels great to work with a new camera (the Sony a7RIV) and a small wireless flash (the Profoto B10). One thing leads to another and so I had to invest into a new Macbook as well. And faster memory cards. New card readers. A new printer. New phone.

Quite a few investments in 2019, but it feels like a reset and a move into the right direction. They say, gear doesn't matter. But from time to time, working with new equipment really gives you a push.

And actually I have new front teeth, too. Back in school someone knocked off the corners and now, you can't tell anymore when I smile.

Joining the art market with my photographs in 2019 feels great, too. My new gallerist is a wonderful person and I am very happy that we met. His support means a lot to me. And I feel the urge to create more works.

I believe photography is in a transition phase.

Photography is changing. Not only for me, but for anyone. Phones are capable of taking excellent photographs which are good enough to get printed in newspapers or magazines. And the online world is gaining more importance than ever.

The way we consume visuals has drastically changed over the years. The information overload we experience by viewing thousands of photos every single day has a big influence on society.

I fear that there will be a lack of creativity with new generations, because they are messed up with consuming images rather than using their own imagination. This will do big harm to children, I guess. And also the attention span of all of us has reached a negative extreme.

As everybody is taking photographs today, I believe, the professionals have to refine their work. You have to define what photography means to you and how you can stand out. Personally, I believe a photograph is much more than a documentation of life. It's an artwork that you create consciously and that may be altered in a way to convey a message that stimulates your audience.

At the moment, I am working on a number of visuals that go beyond photography and include traditional crafting skills. A photograph needs to have an effect on the audience. It can either be shocking or pleasing. While I definitely prefer it to be pleasing. But if you realise it's just utterly boring, you have to send it to the trash can.

It's a part of the process, the learning curve and probably something we don't want to admit. But at least 90% of our works belong to the trash can. I was very thankful when Karl Lagerfeld stated this in a documentary.

In a few days, we're heading into 2020. It will be an exciting year for me. I have already booked three trips to interesting locations and have tons of new ideas. I am very thankful for all the great people I got to know in 2019. We had very interesting talks and this gave me a lot of inspiration. Now, I am so excited to move on.

Thanks for reading this long post. And I wish you all the best and a wonderful 2020, too. Have a great one!