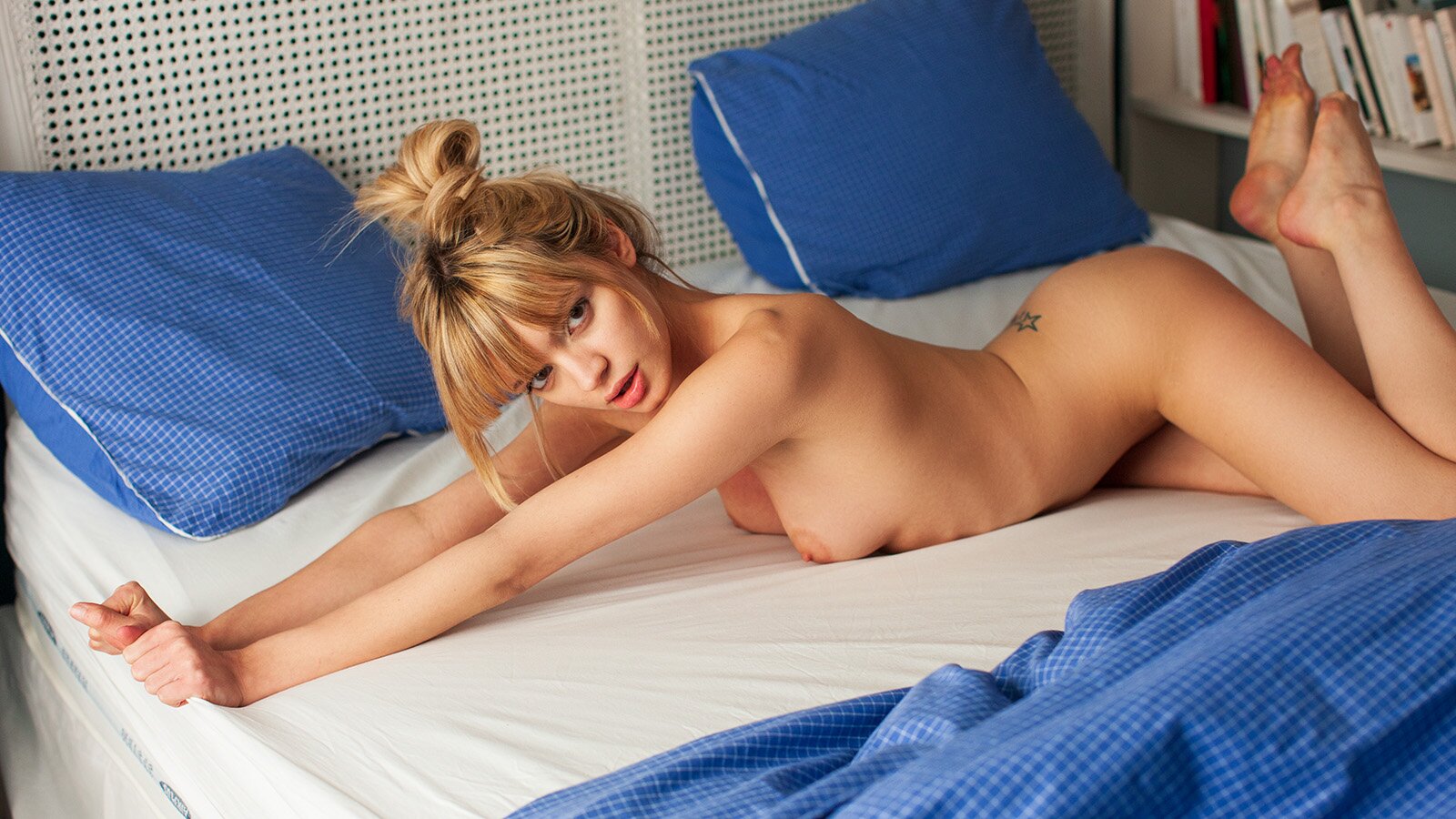 You are probably not aware of this. But Blondes are an endangered species. No kidding. So, it took me a while to find a beautiful blonde girl like Lara. We met in Paris where I had rented an amazingly furnished and very cozy apartment for our shoot.

Hugh Hefner's first wife was a brunette and so was Barbi Benton, his major romantic relationship of the early 1970s. But since the end of his marriage, all his girlfriends have been blondes. That's the myth of the blonde stereotype, Playboy is looking for.

And the reason why Playboy is still crazy about blonde girls today. Many of us love blondes. But they are hard to find. Dark hair is the dominant gene, which makes every blonde special.

Brigitte Bardot was a sex symbol in the 1950s and 60s and somehow, Lara reminded me of her. She has this seductive look, you cannot resist.

And she suited my location so well. This cozy lovenest in the attic of a traditional French building (so-called Haussmann style).

I was glad when Lara agreed on the shoot and a few weeks later we met in the Marais, close to Place des Vosges. It is one of my favorite places in Paris, because it feels like the heart of Paris and somehow very French to me. And so was Lara. We communicated in French during the shoot and while the place was incredibly tiny, it is something you don't really notice in my images.

I took so many beautiful images in the three hours with Lara that it was extremely difficult to choose the ones for the book. I ended up with a nice eight-pager. A decision that I am very happy with. Nicely balanced out orange and teal tones, still keeping a very intimate and warm atmosphere to the pictures.

Lara stopped shooting nudes two years after we met. But her beauty will last forever in Sublime.