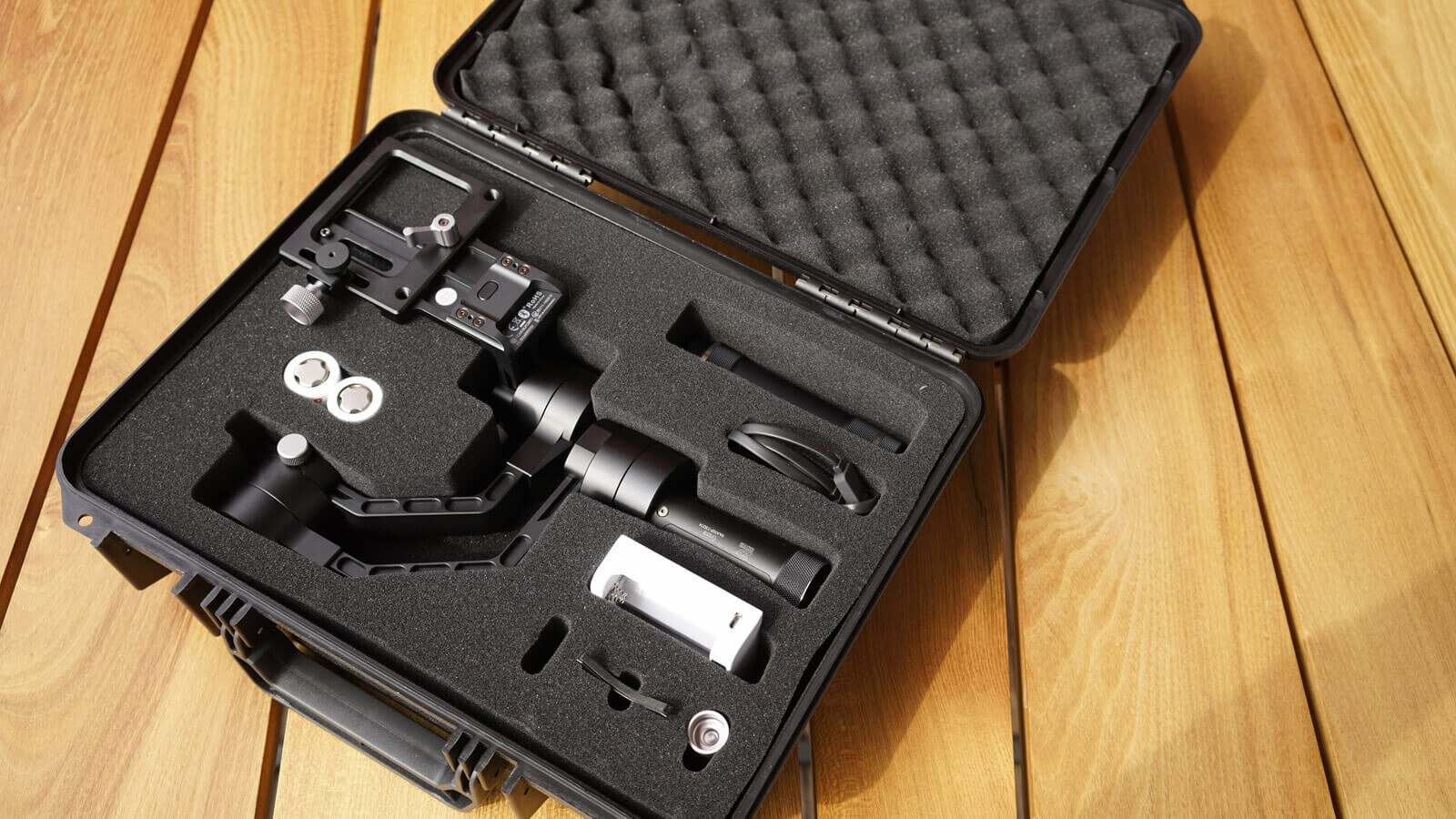 Even though my Sony A7RII has an In Body Image Stabilization (IBIS), I was a bit unhappy with videos I filmed freehand lately. When walking, it's just impossible to keep a shot steady without the use of additional gear. So I decided to search for a suitable gimbal that can hold my Sony steady with ease. With the Zhiyun Crane 3 I found a proper tool.

Chinese companies seem to know how to manufacture gimbals the right way. After having been satisfied with the Feiyu Tech gimbal for my GoPro, the Zhiyun Tech Crane seemed to be the right model for my needs, now.

My Sony A7RII with 35mm lens attached weights only 760g. I still wanted to buy a gimbal that can stabilize a higher weight, to be on the safe side. The Zhiyun crane is said to be able to hold up to 1.8kg, so there's nothing to worry about even with heavier lenses.

Be aware you'll be holding approx. 1kg of gimbal plus the weight of your camera, around 1.8kg in total in my case. While it's easy to stabilize, it is still a certain weight to carry.

The gimbal comes in a small plastic case which makes it good for travelling. The batteries are (like with my other gimbal) unsual for the European market. But they are strong and work well. I find it a bit unhandy that you should only transport them uncharged on a flight. This makes them sound dangerous. Insert the batteries with the plus pole pointing up.

Before using the tool for the first time, you need to charge the batteries which takes around four hours. Then you can mount your camera and adjust the balance on all 3 axis using little screws. Luckily this is not super complicated and you only need to do it roughly. The crane manages to balance out the rest for you.

You can nicely view the monitor when using the gimbal. It is not covered by its arms. And there are different modes in which you can also fix the axis seperately or control the movement of the camera with the joystick.

Unfortunately the user manual has some mistakes and inconsistencies, so I would like to explain the three modes here for you:

Useful for filming an interview or walking behind somebody. The horizontal axis stays horizontal. But with the joystick you can move your camera up and down slightly.

If you turn the stick now, the camera won't move left or right. This is useful when having the gimbal mounted on a tripod to control the movement remotely via the app. It is the only setting in which you can use the joystick both up/down and left/right.

The camera now also points up and down when you move the stick forward or backward. Fully following your movement.
Notice: Please be aware that the stick should not exceed an angle of 45 degree. Otherwise the camera will swing abruptly to a horizontal position and it will ruin your clip for sure.

For filming people, I set the focus area to wide and turn face recognition on. I keep the IBIS (Steady Shot) turned on. It helped me stabilizing the shoot a bit furthermore.

There's also a Zhiyun Tech app which allows you to tweak some settings on the gimbal. You can control how sensitive the gimbal should react to your movement. They call this 'dead zone' and you can decide from what angle the gimbal should begin to follow your movement. Besides that you can set the speed of the movement (following rate in degree per second), the speed of reaction (control rate) and the degree of smoothness (acceleration/deceleration).

Here are the settings I chose to make the gimbal reaction a bit more smooth. It is very nice that you can control these settings via bluetooth.

If you're looking for an affordable and small solution for steady footage, the Zhiyun Tech Crane is a gimbal I can recommend. I am already looking forward to the next time using it.

This is not a sponsored post. I am only writing about gear I really use.