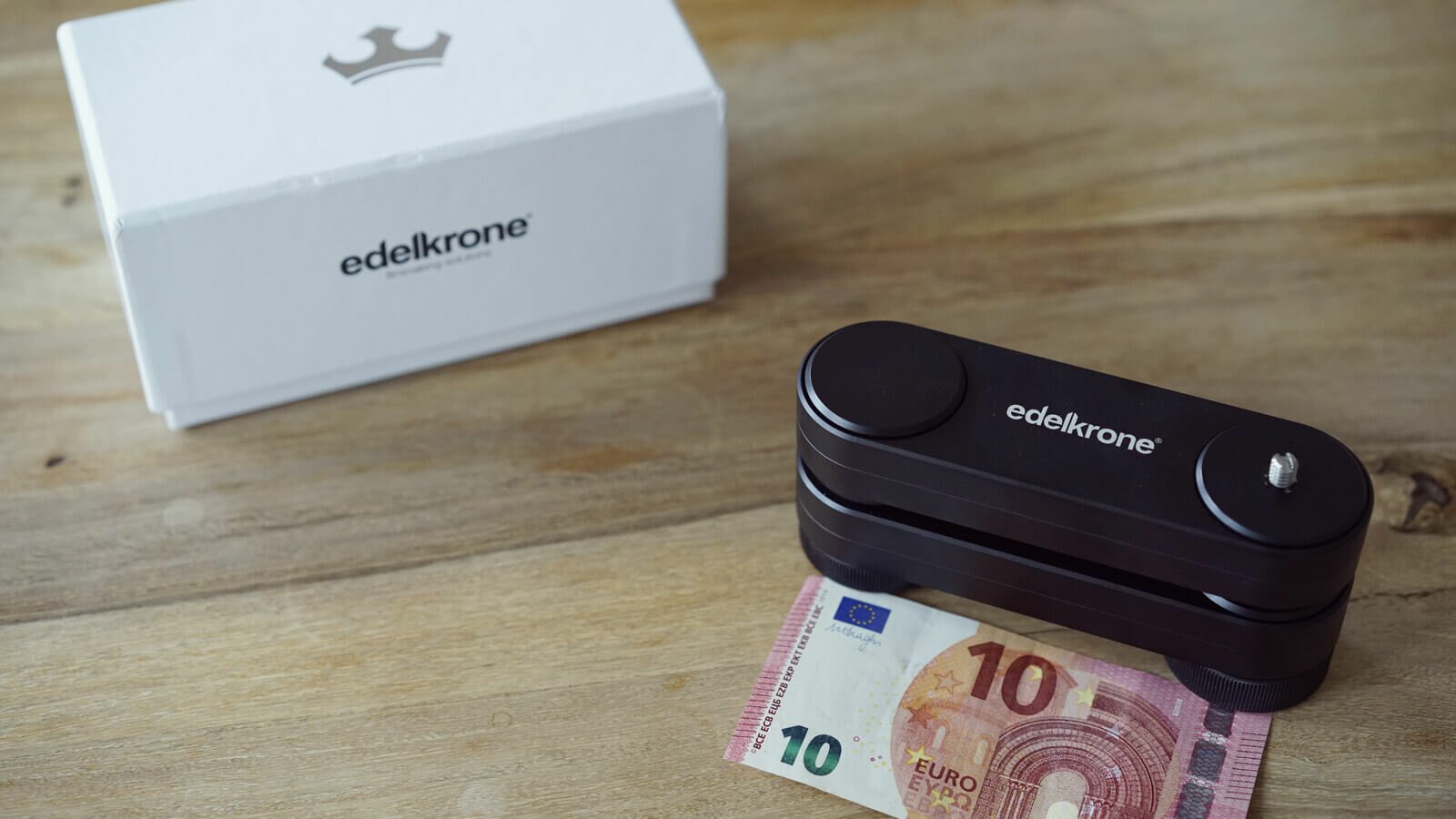 First of all, sorry for the catchy preview image to this article. It was just to illustrate the size of the wing. Anyways, I was planning to reduce the amount of camera equipment I own. And now, I am sitting here, unwrapping a new box that came from Prague. It's the Edelkrone Wing 3. The number stands for the size of the slider. As I was interested in a very portable slider and am lucky enough to film with a lightweight Sony camera, I ordered the least expensive wing. Wing 3 can carry up to 1400g (3 lb). Don't forget that it's nicer to have a ballhead mounted on top of it, to move the angle of the camera, so don't forget to count the weight of your ballhead as well. I use the Velbon QHD-71Q which weights 444g (0.98 lb). Together with the Sony A7RII with a Sony Zeiss 55mm lens it comes to 1367g (3lb). The wing can hold it, but keep in mind, more weight also means more vibration when moving. Therefore I decided to film an example clip with the Sony A6300.

Manual movement of the wing can be sideways or dolly style towards and away from the subject. To use it, unfold the wing and set the camera to the final position you'd like to have. Now, set the friction accordingly. It can be controlled by using the rotating wheel underneath. Please be aware, that the span for smooth movements is a little less than 4 times the width of the wing. Therefore this slider only works for minimal movements. Is it useful to have such minimal slider movements that you could easily create in post production, too? You have to decide for yourself.

It is lovely to see how the camera stays on the exact same level while the wing unfolds with your movement. Actually, this was what fascinated me from the beginning. This is very well manufactured and designed.

As you move the slider by hand, you simply cannot avoid a small bit of shakiness. It isn't unsteady at all, because the wing is very well built, but a slider that gets moved by hand is less steady than a motorized one. In my example clip, I am filing with a Sony A6300 mounted to the Wing. There was no further image stabilization added in post production. What you see is out of cam.

If you ask me, if this slider is worth 220 EUR (incl. shipping), I can say, it should at least last a long time and is fun to use. But it is not a must have tool. If you don't need sliders often (like me), it can be a sweet add-on to your filming gear, though.

More about the Edelkrone Wing.