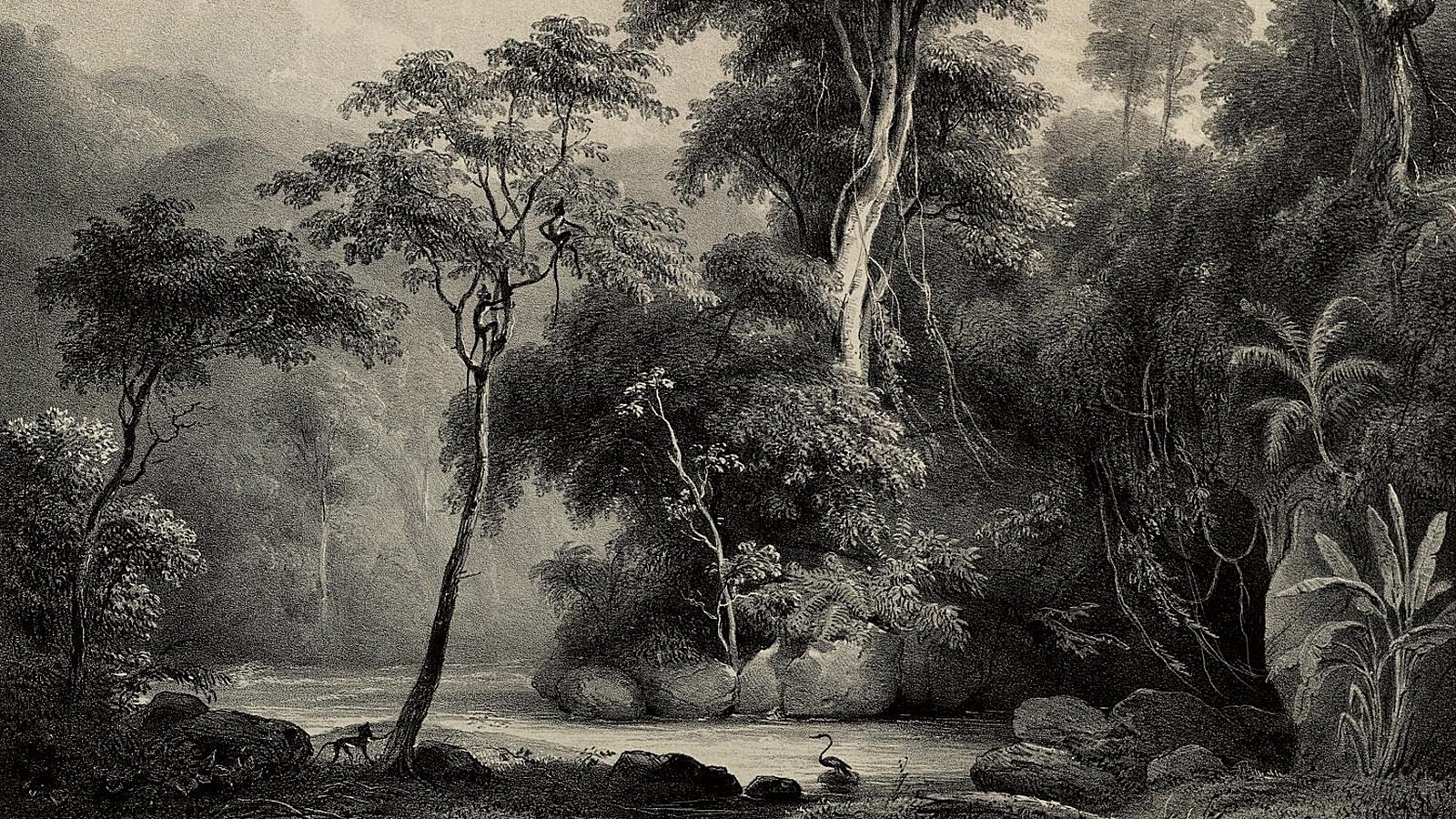 What you see is what you imagine

Here is a drawing by Lugduni Batavorum. I could have taken any picture out there to explain my thoughts, but the classic one by Magritte is copyrighted, so we can have a closer look at this piece of art instead.

I neither want to confuse you or play a philosophy game. But what I am trying to tell concerns every picture and that is what fascinates me.

To understand what an image is, we need to understand the difference between perception and imagination.

When we perceive the world around us, our senses are stimulated by a great deal of information. We grasp a subject, but only as much as we see at that moment.

Perception of an image means you see lines and shapes and turn this into something you can name.

So in this case, there is a drawing of a forest with trees, wildlife and water. That much we perceive. But there is much more hidden in the forest. We can't perceive that, but of course we can imagine it.

With the help of our imagination, we know that deep in the thicket, animals hide until nightfall and then go hunting. Our imagination is not bound to reality, though. I have never been to India and have never experienced the jungle depicted in the above picture.

Nevertheless, it is not difficult for me to change imaginary thoughts willy-nilly. For example, I focus on the three funny looking monkeys and think that they are playing to see who can climb the highest. Or I could imagine the sound of traffic on a highway that is located close to this forest. Or Rotkäppchen walking through the forest. Anything.

Our imagination is quite easy to influence. It doesn't take much effort for us to give it new impulses to come up with other thoughts.

Every image is a combination of perception and imagination.

Let's get more specific and try another image. Here is a photo, from a shoot I had with Anastasiia. You see two women's feet and two hands taking off a pair of panties. The woman is lying on a bed and now it's your imagination's turn.

Your inner cinema takes over the image and makes of it what it wants (or what you want). Is she alone? What is she up to? What is she going to do next? What about the ring on her finger?

I, as the photographer, gave you a hint, but your own imagination takes control. You can only see some shapes, but your brain will never remain detached and neutral when looking at a pictorial (unless you feel bored, maybe).

Every picture is a representation that lets us imagine something that is not visible.

That's so banal and at the same time so fascinating when you think about it. You never see what is there when looking at an image, but you perceive and imagine at the same time. Every time and always.