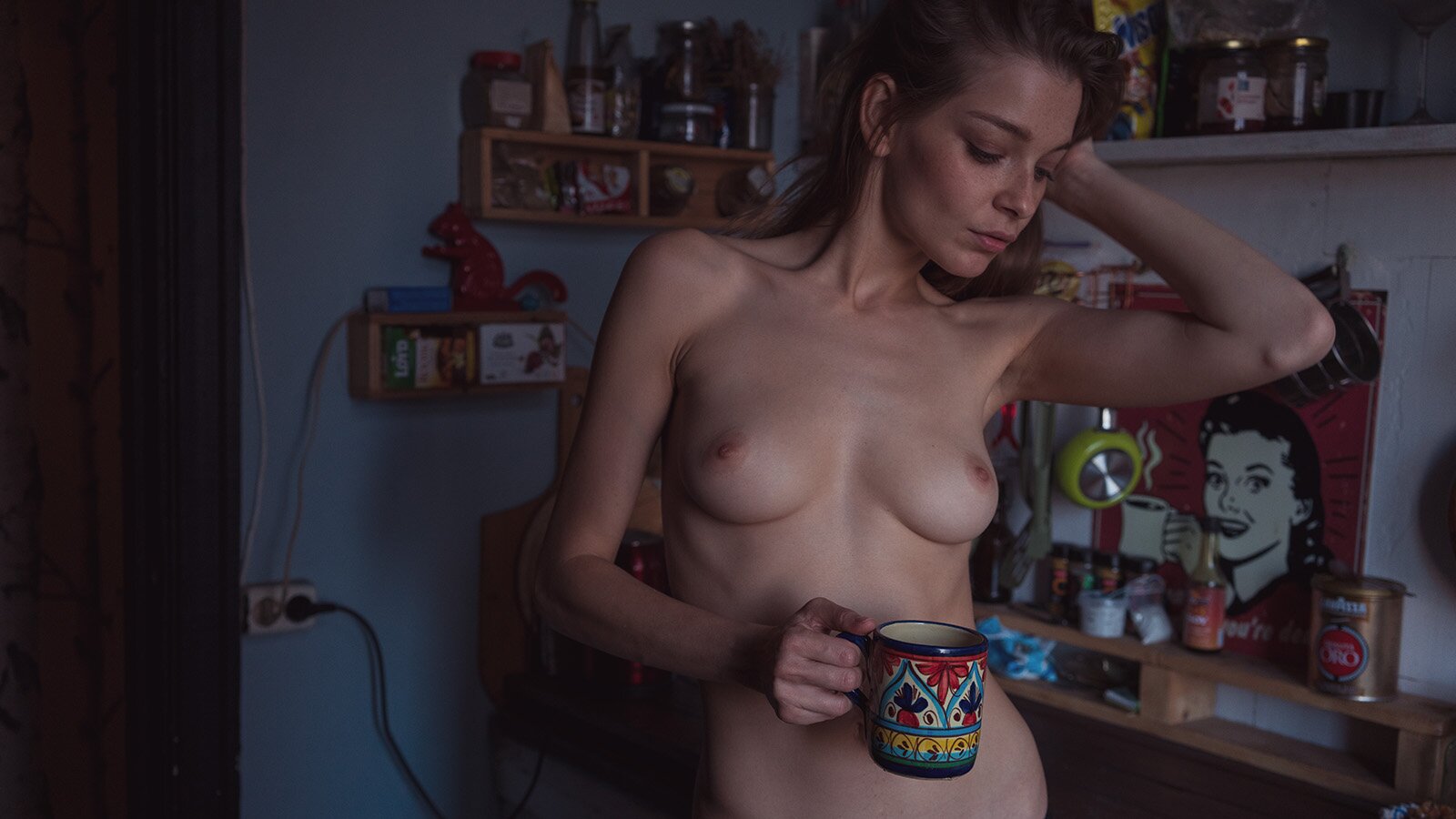 Looking back at the production of my book, reminds me of how difficult some of the shoots actually were. And that it is rather normal to take up challenges. But my shoot in Riga was much more difficult than I had expected. Here's what happened in the capital city of Latvia where I shot a story with Anna.

Latvia is a member of the European Union and I figured, it'd be handy to travel somewhere where I can pay in Euros. Also, I was told that Latvian girls are very beautiful, like the women in most Eastern European countries. So, I decided to give it a try. By that time, I had shot in some posh and expensive places, so I was searching a place that looked like a real home. With furniture and patina.

I discovered a beautiful but old home and it was available for rent. After receiving the ok to do a photo shoot there, I booked everything including my flight. With so many girls in Riga, it should be an ease to find a model, I thought.

But it turned out to be super complicated. I searched for several weeks, but could not find a model. I even searched with agencies who were all very buttoned up when they heard the word nudity. It was so confusing.

To cut a long story short, I didn't succeed. There were zero nude models available in Riga. So, I booked Anna from Saint Petersburg. Which is in Russia. She suggested coming by train as the flights were very expensive.

Anna's train took 8 hours — one way! My fullest respect to Anna for taking these strains. She came to Riga for a half day shoot but spent 16 hours on train rides. Insane.

I picked her up at the train station, offered her a nice breakfast with a lot of coffee and afterwards we took a taxi to the location. It was high summer and the driver cruised through the beautiful city of Riga.

At this time, I have to mention that nothing went smooth. The location that was a beautiful, bright, white apartment with girl-ish furniture had a kicked in entrance door with no lock, a bathroom without a toilet seat and you had to flush the toilet by hand, the walls were black and everything was extremely dirty. I learned there had been a fire in the neighboring apartment and therefore everything was shabby like this.

I had to change my original plans as the kitchen window was blackened and did not let much light in. And the black walls did not make it easier.

But somehow I visualised Anna in this place with my inner eye. She's a chain smoker and a very tough person. Very direct, almost like a diva. And her boyfriend had just broken up with her, so she felt lovesick. Which somehow made her fit even better into the location. Abandoned beauty in a shabby chic place.

After more coffee and a long shower for Anna, we were ready to shoot.

When experiencing the unexpected, you always have to try to get the best out of it. And I was overwhelmed by the sublime beauty of Anna and how she fit into this dirty apartment. With this shoot, I really just sucked up the atmosphere of the location and tried to fade out all negativity.

We were able to create beautiful images. And the whole story made sense to me. I was able to pick up very much of Anna's personality. This was quite unique, because I had not known her before and usually a model has to play a role. But this time, she could just be herself. Unembellished and true.

After the shoot, we ate at a lovely high-class restaurant. This felt lovely. And when I realised it was all over, the stinking apartment, the cigarettes, the bad bathroom situation, I was very much looking forward to heading home. Lovesick with Anna will remain unforgettable. Conserved in my coffee table book.